Co-authored by Rajani Venkatraman Levis & Sarah Dardick
Let’s face it – living together has long held an elevated status in the relationship hierarchy while long distance relationships (LDRs) have a serious reputation problem. 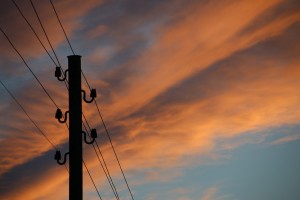 Screw conventional wisdom – sometimes a long distance relationship is the BEST thing that could ever happen to two people! While there often appears to be social consensus that LDRs don’t work, there is a mounting body of anecdotal and research evidence to the contrary (selected list below). Just as the institution of marriage has changed over time, perhaps it is time to explore the idea of long distance relationships through new eyes.

Not all long distance relationships are doomed. In fact, some couples fare better in LDRs than they do in Proximal Romantic Relationships (PRRs). Depending on your personality, the benefits of increased autonomy can seriously outweigh some of the more commonly cited drawbacks. In simple terms, having time and space for yourself can lead to eating better, exercising with increased regularity, adhering to a more optimal sleep-wake routine and building a stronger social network. This in turn, can lead to reduced anxiety & depression accompanied by an upsurge in energy. This can contribute to increased relationship satisfaction. It’s a Win-Win!

Consider the story of Myrna and Carlos who had been together for six years when Myrna was offered her dream job at a university in the Midwest. Given that his career was thriving, with a promotion in the offing, Carlos was reluctant to pick up and move.

They entered therapy because passions were high and they no longer felt able to communicate about this important decision without the conversation turning into an argument. They wanted help in either navigating the transition to Chicago together or negotiating a mature closure to the relationship. They didn’t think there was any reason to even try a long distance relationship, because as Myrna put it: “Living apart is a backward step in any relationship, and clearly would just be the precursor to a break-up, so why drag it out?”

What Myrna and Carlos discovered with the help of their therapist was a world of possibility beyond their wildest imaginings. They found the courage to reinvent their relationship in meaningful ways that brought them closer.

During their first session, they were asked to independently answer three simple questions:

What are my values and priorities in life?

What are common or shared values in our relationship?

What are some general areas in which we experience conflict?

Beginning with these three questions, Myrna and Carlos were able to see that they both understood the importance of doing what you LOVE for a living. They were both eager to support the other person in pursuing a meaningful, rewarding career, even if it meant being geographically separated. Myrna noted that she slept better alone but felt pressured to share a bedroom with Carlos. He, on the other hand, noted that he felt restricted in not being able to run every evening, because Myrna wanted them to eat an early dinner together.

They were surprised by how quickly they warmed to the idea that being together without living together could have distinct advantages for each of them. And yet, they kept coming back to their basic fear which can be summed up as:

One of the major criticisms of LDRs is being apart. However, successful LDR couples reveal a very important relationship lesson. Are you ready for the secret sauce that could take your relationship to the next level?

It’s ALL about closeness.

However, closeness is NOT about distance or geographic proximity as much as it is about feeling connected to your partner. And as we already know, feeling connected is all about effective communication. Many of us know couples who live under the same roof as strangers. LDRs show us how the exact opposite could be true too, where people who live apart feel closer than ever.

In the absence of physical contact, individuals who are in LDRs get creative with mentally activating feelings of closeness to their partner. Between texting, FaceTime, Skype and other technology, real time technology takes us way further than a phone call, in creating a shared experience.

For example, living apart usually acts as a deterrent to passive engagement such as watching TV together, such that LDR couples actually spend quality time communicating with each other and becoming intimate allies. Given that communication requires active participation for LDR individuals, they often report an improvement in their communication skills through becoming better listeners, and learn to both give and receive feedback more effectively. Could this be one of the reasons that despite significant stressors such as two rents to pay, many couples feel more validated and “in love” across the miles?

For Carlos and Myrna, living in separate time zones meant that Carlos’ evening runs no longer disrupted Myrna’s dinner plans. With the 2 hour time difference, they could enjoy dinner shared over video conferencing technology, without sacrificing his evening run. This allowed each of them to have their needs met, bringing them even closer to each other. Myrna reported that she slept better when not sharing a bed, but also looked forward to the times when they did get to cuddle and fall asleep together in person.

Remember that little side note about too many fights in long distance relationships? Yes, we’ve all heard about some couple who ended their long distance relationship because they fought too much. And yet, in their 2009 study, Roberts and Pistole found that there was less conflict among married couples in LDRs than in PRRs. There is certainly something to be said for not arguing over who left too many dishes in the sink, whose turn it is to clean the bathroom or empty the dishwasher and who gets to control the remote. So, is it possible that not having to negotiate the issues surrounding routine cohabitation might make it easier to find greater satisfaction in the relationship?

Let’s take that a step further: Is it then possible that not having to struggle with these negotiations on a daily basis, might make it easier to find humor in navigating these situations during the periods when you do spend time together? For example, can you imagine how it would feel to look forward to a trip to the laundromat with your sweetheart? Could you see yourself day-dreaming about a mundane routine chore because you were looking forward to the “happy domesticity” of a shared household task after weeks or months of going solo? As some LDR couples report, when they spend time together, the appreciation for the uniqueness of the other allows each partner to navigate away from anger or frustration into gratitude, and an understanding that goes something like this:

“This is hard, but right now, there is no one else I would rather be struggling to communicate with. We’ve gotten through so many challenges, and even though I wish we were on the same page right now, I believe we can get through this and come out stronger.”

As one couple put it, the three main tenets of successfully navigating an LDR are as follows:

Enough said!  We hope that you’ve been inspired to explore the idea of long distance relationships with new eyes. 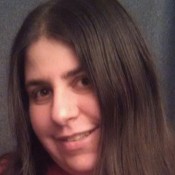 Sarah Dardick, MS, is a registered MFTi (IMF 82131) and PCCI (PCCI 1800) intern with a growing specialization in the treatment of trauma and substance abuse. She is especially fascinated by the importance of art, personal truth, and the witnessing process as they relate to healing and vitality. Sarah works in San Francisco and is supervised by Allison Smith, LMFT (MFT 41641).