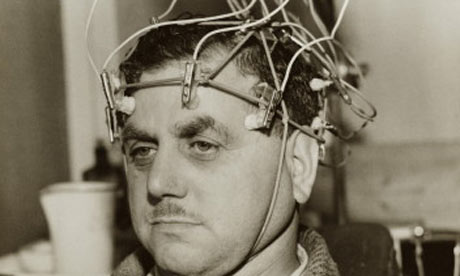 I am suggesting that valuing a bilingual intimacy and emotional literacy that includes the body and talking, that includes masculinity and femininity and seeks to understand each man and woman who comes to see us in their masculine and feminine gender identification is an important part of doing therapy well and not leaving anyone out of the conversation.

I am in a little coastside cafe, sitting cross legged on an old sofa, waiting out a traffic jam writing this article.  I had to squish in as the place is packed and appropriately, I am inches away from a table full of men, about five, over-hearing their conversation, watching their body language and getting ready to write an article on men in psychotherapy.  They glance over at me, seeing the Ronald Levant interview by therapist Randall C. Wyatt in full view with the words “Psychotherapy With Men” like a flashing sign and I smile.

Why the heck is a woman writing about this?  Well first off, I like men.  I like working with men and I especially like working with couples.  Second, most people coming out of psychology graduate programs are women.  A reverse of what it used to be when the field began where it was a field of men, mostly treating women.  After my own  “training” in childhood about masculinity, I spent years in the high tech world, surrounded by men, working alongside and with them, learning their style of play and collaboration.  And perhaps my greatest motivator for this topic is I am a mother to two sons.

First, a distinction.  The Men Are From Mars Women Are From Venus book is wrong.  Yes, I have read it.   Men and women, research shows, are not that different.  What is different about the sexes is the gender identity training we each receive.  Dr. Ronald Levant, the leading researcher on how to perform effective psychotherapy with men, found that the more closely a man aligns with “traditional masculinity”, the more entering psychotherapy, being in therapy and getting stuff out of psychotherapy could be hard and even shaming to men.  Why?  Well first, let’s describe “traditional masculinity” as Levant describes it.   The notion that “men should avoid anything that hints of the feminine, restrict the expression of emotions, be aggressive and dominant, be extremely self-reliant, be studs and always be ready for sex.  They are also more likely to endorse coercive and harassment attitudes towards women.”  Now women could easily shame these traditional masculinity identified men, call them “unavailable assholes” as I have heard said.  I don’t feel that way at all.  I think men have suffered as women had at the traditional gender roles we have been hemmed in by.

“…the greater the endorsement of traditional masculinity ideology the more likely a boy is to have drug and alcohol problems, have early sex and drop out of school…they’re more likely to be depressed and have relationship issues.  The long and the short of it is that traditional masculinity is hazardous to men’s health.”   –Ronald Levant in an interview with Randall C. Wyatt

What Levant talks about and has created a treatment for is a way to approach men about the limitations of their gender training, how it robs them of choosing how to respond to emotions and thus their lives and creates a lot of suffering.  Often men have two choices in their emotional range – to be mad about stuff or to feel all the emotions in their body in painful ways (think chronic back pain, hemorrhoids, headaches, heart attacks etc).  He says that men who are high on the traditional masculinity scale are highly Alexithymic which means that they lack skills at putting feelings into words.  Emotional communication is, quite simply, a learned skill that their gender training never taught them and even reinforced that they not learn.   So guess what?  Men aren’t from Mars, they just did not learn this communication skill.Does that mean that I, as a female therapist, am trying to feminize my male clients?  N – O!  I think of mental health as the capacity to be flexible in how we respond to life.  Too often,  I see couples come in and the complaint is “My man isn’t opening up, he doesn’t talk, he can’t share his feelings” and that may be true.  But even psychotherapy has gotten inflexible.  Many forms of psychotherapy live in the land of the “supremacy of talk” as Esther Perel says and we impose that on men inside the therapy room.

I remember sitting listening to Esther talk five years ago, the room was standing room only.  Her thick French accent, her poetic metaphoric language, her jacket falling ever so sensually off her shoulder as she talked about the need for couples therapy to embrace a “bilingual intimacy”.  And she meant bilingual between masculine and feminine or between speaking about feelings and actually having them in the body.  She said, and I paraphrase from memory, “you female therapists need to think about the primacy you are giving to speech inside the therapy room.  How it not only leaves the men coming in  to see you out of the conversation but how you are perpetuating the ways in which women have been denied the expressive capacity of the female body and left to only be able to talk” to which half the room lept to their feet cheering and clapping.  Not only did Esther explain this, she embodied her conviction, her sensuality as well as spoke of it.  She has bilingual literacy.  I think every man and woman in that room that day left with a massive crush on Esther Perel.  I did!

“Favoring speech  as the primary pathway to intimacy reinforces the notion that women’s sexual desire is legitimate only when it is embedded in relatedness [aka talking]” –Esther Perel, Mating in Captivity.

So, what am I suggesting?  I am suggesting that valuing a bilingual intimacy and emotional literacy that includes the body and talking, that includes masculinity and femininity and seeks to understand each man and woman who comes to see us in their masculine and feminine gender identification is an important part of therapy.   What that specifically looks like is helping people become bilingual.  How?  In couples therapy, I often replace talking at times with standing, movement and body postural shifts.  I don’t give primacy to words nor do I give primacy to the body.   I also inquire about people’s gender role identification.  How macho/feminine are they?  I often using some of Ron Levant’s ideas about educating and supporting acquisition of emotional literacy as well as work with body centered psychotherapy to help clients embody their experience.

The end result is a therapy that helps men and women grow their capacity to connect on the body level and on the emotional level.  Men and women aren’t left feeling like they have to have a gender lobotomy in order to get good stuff from psychotherapy.  My hope is for more men to come in to psychotherapy and feel included rather than ostracized by a field that once was predominantly masculine but is now increasingly feminine.  My hope is that we all, men and women, become bilingual.

Traci is a therapist and the CEO of PSYCHED & Managing Director of Sidewalk Talk. Her therapy work is centered around working with couples and individuals working on their relationships. Her many years in corporate life make her a good match for executives and leaders.

Posted in THE REAL YOU and tagged Femininity, Masculinity, Psychotherapy, Ronald Levant, Traci Ruble
← 50 Shades of Stigma: Are we as Kinky as we think we are?Oh Mama Podcast →