When Jennifer Seibel Newsom’s documentary Miss Representation came out in 2011, I watched it four times, recruiting as many friends as I could. Why? Because it captured something—in a fact-based way—about the chauvinism that lingers in our society, despite the advances we have made. A synopsis of the film says this, “In a society where media is the most persuasive force shaping cultural norms, the collective message that our young women and men overwhelmingly receive is that a woman’s value and power lie in her youth, beauty, and sexuality, and not in her capacity as a leader.”

When women were prohibited from voting, it was harder to deny sexism. Today it is trickier, as sexism can hide under the progress we have made. The truth is: we still live in a complex and largely unconscious web of male norms; in a society where women earn .77 cents on a man’s dollar, and where gender-based messages about beauty, age, sexuality, and competence are pervasive, deeply ingrained and even unconscious. The recent Supreme Court decision known asHobby Lobby only underscores my point. It is almost mind-boggling that in 2014 there is an actual public debate about birth control, while health plans cover Viagra generously. What is the message of this ruling? In a dystopian-novel-like twist, five elderly white men have ruled that women’s workplace bosses have the right to decide what medical care they will or will not receive. 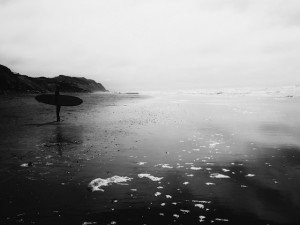 As a therapist, I see the impact of patriarchy in many different ways. But for this post, I will focus on one group that is particularly vulnerable and a particular specialty in my work: older, single women who want to give birth. Feelings of shame, desperation, and grief for this population can be crushing. I do not want to negate the biological component of this experience, for it is an important factor. But as women who want children approach their so-called ‘closing window’, the grief and frustration can be maddening, adding to the stress of an already-stressful situation. As if this were not bad enough, our patriarchal society exacerbates feelings of shame and disempowerment. Case in point: the tabloids. “Jennifer Anniston, Saved,” was the headline when she got engaged at age 43. “George Clooney, Tamed,” read the titles when her friend, 10 years her senior, did the same.

Forget about 43; 35 looms over most women, despite a great deal of evidence that many can give birth into their late 30s and some into their mid 40s. Kudos to an article in the Atlantic entitled How Long Can You Wait to Have a Baby that revealed that the age-35 doomsday is based on French birth records from 1670 to 1830. Jean Twenge writes, “In other words, millions of women are being told when to get pregnant based on statistics from a time before electricity, antibiotics, or fertility treatment.” A 2004 study by David Dunson shows that within a year, twice-a-week sex yielded an 82% conception rate for women 35-to-39 versus 86% of women 27-to-34.

Given that we live in the information age, it is baffling that this research, which would be of great interest (and comfort) to many women, has not been widely spread. I cannot help but wonder if this is the unconscious effect of sexism that keeps women in a disempowered position. And if the multi-billion dollar fertility industry, which happens to be dominated by male doctors, also tries to keep the fear (and enormous profits) alive.

The first step in empowerment for older, single women who want to have children is to consider the aforementioned updated medical information. But beyond that, there is an internal journey of surrender that can be very healing in the face of this pressure cooker of a situation. You are more likely to get what you want if you can manage your worrying and allow space for your life to take shape.

WedMD has this to say about fertility and stress:

“It’s becoming more and more important, in terms of what studies we do, to focus our efforts on the physiological effects of stress and how they may play a role in conception,” says Margareta D. Pisarska, MD, co-director of Center for Reproductive Medicine at Cedars Sinai Medical Center in Los Angeles and editor-in-chief of the American Society for Reproductive Medicine News.”

I understand that telling someone who is worrying to stop worrying is a difficult and perhaps infuriating proposition. I liken it to those moments when I cannot sleep. I get angry that I am having trouble falling asleep, which creates even more difficulty in sleeping. And then I get angry that I am angry. It is a very hard cycle to break. And of course one night’s sleep cannot compare to what can feel like the life-and-death situation of having a child.

Yet the facts remain that stress is bad for your health, plays a role in infertility, can interfere with attracting the loving relationship that you want, might hurt a good relationship, and could even influence you to make a poor choice of partner. So despite the difficulty, it is a hard truth that stress needs to be addressed.

In fact, it is one of the most challenging spiritual tests a woman can face. How do you transform intense suffering and fear into an opportunity for spiritual renewal and endurance? Marianne Williamson, a well-known spiritual teacher writes, “Ego says, ‘Once everything falls into place, I’ll feel peace.’ Spirit says, ‘Find your peace and then everything will fall into place.” There is a method to surrender and the letting go of stress and suffering that requires a deep process. Psychotherapy can definitely help, as can a variety of spiritual practices—whatever fits for you. As a therapist, I have found that my work with this population of women enables tremendous expansion in all aspects of life, even beyond this particular issue.

I recently met a 54 year-old woman who—with tears in her eyes—told me a happy story. Out one evening at age 39, having lost hope for becoming a mother, she bumped into a friend who said, “You have to meet my cousin.” She thought, “Great, my millionth set-up.” Thankfully, she forced herself to go, and it was happily ever after. “At that age,” she explained, “you know very quickly.” She stopped using condoms early on, though it was a bit of a joke, as she assumed it would never happen. Well, by 40 she had given birth to her first baby, and at 44 she had her second. Completely naturally. Why is it that we are not sharing these stories?

I am dedicated to helping people repair their relationships--both with themselves and others. In private practice in the Marina, I also teach at the Golden Gate and Pierce Integral Counseling Centers on the topics of resentment and forgiveness, and I lead a couples class at Temple Emanu-El. My work is influenced by my own experience of having cancer, which prompted me to re-examine my life and leave a 10-year business career to pursue my calling as a psychotherapist. I love helping others harness life's challenges in order to grow from them. I hold advanced degrees from Harvard Business School and the California Institute of Integral Studies, and have been greatly influenced by spiritual practice, including mindfulness.

Posted in THE REAL YOU and tagged Emotional Health, Femininity, fertility, good therapy, mothering, Parenting, self compassion, Well-Being
← Anger is your friend: the restoration of anger12-step doesn’t work for everyone: why I love harm reduction →