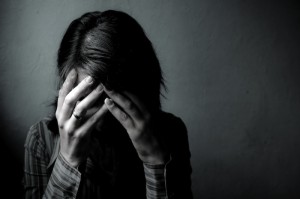 On the surface, it seems like an obvious statement:  someone or something is wrong, and you are pointing attention at it with the intention of finding a solution, usually by confronting the “wrongness” of the other.  However, that’s actually directly opposite of what’s happening, because when we’re saying, “I can’t believe…”, what we’re actually saying is, “I won’t believe…”

This is a small change in language that makes for a huge difference, because it points to what the intention of the statement is, rather than what it is supposedly saying.  “I can’t believe…” seems to be identifying a big problem out there (in a person or situation), and focusing attention on it to find the solution, whereas it’s actually more literal:  “I can’t believe…” means that “It’s impossible to believe this reality in front of me.”  That is, “It’s impossible to let in the truth.”  The statement is not ultimately about the nature of “the other,” but rather about the incapacity to tolerate the other, the reality of the fact of the other, by you.

For instance, my client Sarah (details have been changed to protect client’s identity) says, “I can’t believe my mother would treat me like this!  After all these years of being an unapologetic lesbian, and living with my partner Jill, she still makes her sniffy remarks and criticisms.  I call her on it—I’ve learned to do that—but I just can’t fathom why she does it.”

Well, Sarah is not a clueless woman.  She’s a social worker who has a deep capacity to empathize and understand the inner worlds of others. So she hasn’t got a technical problem with “not fathoming” (if she did, her statement would not be a lament, but rather an expression of curiosity).  She actually can understand her mother’s mindset, and in fact, she actually does. But she doesn’t want to.

So what does it mean to believe something? It’s not simply factual knowledge. We don’t believe that the Rolling Stones’ fourth album was “Aftermath”—we either know that as true or not. Or, we can know the information in Mein Kampf without believing its philosophy. Believing is when we allow ourselves to integrate and be organized by an idea or perception. To believe is to be defined by what you believe, and to have it change your world.

So, when we say, “I can’t believe…” we can translate to, “I recognize this reality, but I’m unwilling to let it define or change my sense of my world.  It exists, it’s real, but I won’t let it across the boundary of my self and actually alter me.” When we’re saying this, we actually know what we’re seeing (we’re not delusional), and we also sense what the implications of believing and accepting the reality, and because of that awareness, we reject acceptance:  the consequences seem intolerable. What we believe substantially defines our sense of self, so “I can’t believe…” is at base a defense of our very definition of self.

But it doesn’t work.

To fight reality, and to refuse to let ourselves be affected by the truth in front of us, is to create a huge drain of energy, creates impossible rifts with others, and ultimately compromises our ability to move elegantly and open-heartedly through the world.

It can also be toxic, especially to those prone to depression, or somaticizing stress. A friend recently told me about a book (In the Garden of the Beasts) he’s been reading, about the first American ambassador to Nazi Germany. A mild professorial type, who thought of Germany as Europe’s bastion of culture, he couldn’t believe what he was seeing in front of him in the unfolding of German fascism. He kept trying to make sense of Nazism within his own given context;  he couldn’t reconcile the brutality and thugishness with his own worldview, and ultimately developed various physical illnesses, and died early.  The darkness he actually recognized, which he could register as real at some level, couldn’t be integrated into his sense of self and world, and that unintegrated reality worked like a tumor in his system, a foreign invader.

Back to Sarah:  she was actually saying, in her “I can’t believe mother still says…”, that to let in the full reality, to integrate and be affected by the truth of her mother’s behavior, felt like it would deeply threaten her own self, her valuable relationship to her mother, and even her sense of safety in the world in general. As we explored it, that which made it so difficult to accept, was that for Sarah to let in the fact of her mother’s homophobia. This made homophobia and the threat of being gay in general more visceral, and scarier. It also brought up deep suspicion of whether anyone could be actually accept her. As if that wasn’t enough, she also saw that to accept her mother’s position was to have to let go of an idealized hope for her mother, and especially, for her hoped for relationship in which mother would love her unconditionally (something she came, painfully, to realize had never been true). To “believe” that her mother judged her for being a lesbian threatened a very old hope for being known and accepted (probably the core human emotional need). Sarah was trying to hold off, like a sea wall defending an old town, the onslaught of reality that really would destroy her—which is to say, destroy deeply important old hopes, desires, and definitions of self-and-world.

She kept saying, “I can’t…”, but meaning, “I won’t…”, because she couldn’t conceive of a new self surviving the destruction of her old self.

When we refuse to grieve, to go through the process of “emotionally letting go of that which is already gone” (what Sarah was doing), we do this by refusing to believe, to let in the truth of the loss.  The mother who loved her no matter what was already dead, and in fact, had never lived except in Sarah’s hope and dreams.  So too, her as a daugter of a mother who loved unconditionally also never had existed, except in a fantasy that helped hold off the devastating reality that her needs would never be met by her actual, real, flesh-and-blood mother…and never had been.

The confusion, though, was that if her mother could not provide that nurturance, then that nurturance did not exist anywhere, was not possible.  Which is, indeed, not survivable.

But what we saw, and what you always see in successful grief, is that as the object “that is already gone” is let go of (Sarah’s ideal mother), is emotionally put down and allowed to pass away, the energy it has taken to maintain the illusion, and push away the looming reality, is returned to us to attach to those who actually can provide the love and connection we long for.  In this, we realize that the essences of love and being known were never fused to what we’re trying to hold onto (Sarah’s being the image of a loving mother), but at best were being channeled by that person or thing.  We see, through grieving, through progressively unfolding belief and acceptance, through allowing reality in, that the destruction we rightly intuited is actually the destruction of illusions, and that the truth that remains contains all the essences that we confused with the forms.  We find the love and leave the idealized image of mother (and then get to have, if we choose, a real relationship to our real mother as she is).

Sarah’s refusal to accept and be changed by the facts, her defense of “I can’t believe!” went through a painful transformation into, “I can believe that she would say these things, and I’m actually just fine.”

So when you find yourself saying you can’t believe something, go through this translation process and be clear about what you’re actually saying, because in doing so, you can actually get at the root problem.  We get confused that the problem is out there, where really the problem is with us, that we aren’t believing we can survive letting in the real breadth of the truth we already know.

I’d like to end with some poetry. Because like the Wedding Guest from Coleridge’s poem, we may have to go on a terrible journey of loss, but at the completion, we become more real and more alive.

[The Wedding Guest] went like one that hath been stunned,

And is of sense forlorn:

A sadder and a wiser man,

He rose the morrow morn.