P: 415-520-5567 | E: info@psychedinsanfrancisco.com
Tom Rhodes is an esteemed colleague and one of my best friends.  When I read this piece about dating and being single I remember all the conversations we have shared together over the last thirteen years about love and relationship.  We are both in long term partnerships now but his words from a few years ago remain so true for the clients Tom and I sit with.  The difference is, we are no longer dating in the modern world but relating in the modern world.  But we still get it.  We get how confusing it is.  I am also moved by Tom’s writing as a beautiful honoring of gender.  There is a new group called The Man Skills Academy that offers up cliche skills. What Tom offers, unlike MSA, leads to real success in dating in our modern age and in San Francisco and we are both living proof. Thanks Tom.  Good words.  Wise words.  I love you and look forward to your “Married Man In The Modern World” article.  – Traci Ruble
Things are different than they used to be. Have you noticed? For men. For women. For all of us, traditional gender roles and expectations are collapsing, being renegotiated, tweeked, and yet clung to and reinvigorated, often all from the perspective of the same person! To say the least, it can be confusing. This blog article will focus briefly on the above-mentioned in the context of being a man, including being a single man and dating.

Welcome to the reality of single men dating. 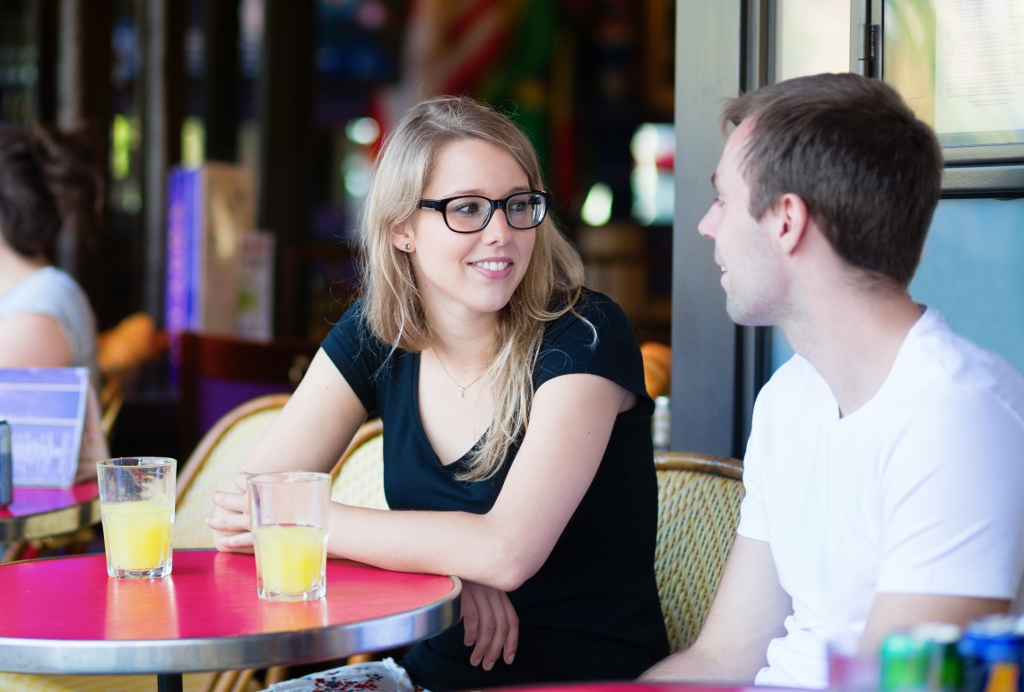 It is 2013 and what it means to be a man has been blown wide open by the expanding consciousness of our society, perhaps particularly more so here in the bay area. Traditional male gender roles, like being the (sole) provider financially, are experiencing a shift in balancing the scales toward, well, some wiggle room in that realm. In some and many instances nowadays, for example, we are less expected to pay on a first date, or any date.  Doing so can sometimes even be seen as offensive, although more commonly just not necessary. It appears that what women want is changing, and yet sometimes it can be confusing in that some women, as well as some of us men from our own past conditioning, also still want the men to be ‘providing the kill’ so to speak.
[bctt tweet=”Manhood, it turns out, may include “humanhood” after all.”]
So, gender role confusion and ambivalence, on both the parts of women and men, is part of the modern dating equation. Like any conditioning from our past, I see it as ultimately a doorway or an invitation into finding out what is true for oneself. Granted, it can be difficult to clarify this to the degree that we may still be perceiving from ‘inside the bubble’ of a thought believed. i.e.- I as a man have to pay in full for every date or I am fundamentally inadequate. In a nutshell, it looks like our spiritual and emotional Self is wanting to make friends with our biological and societal influence. By that I simply mean that our wholeness ultimately wants to make room for all of our various parts, voices and influences, toward no longer limiting us to a rigid stance or role. You may have noticed, it can be a bumpy ride! In my experience, it is nonetheless one very much worth riding out, with awareness and heart, as it is also a fast track to a deeply rooted satisfaction and fulfillment in relationship, and first and foremost in oneself.
Another arena in which this general shift in the expectations of manhood plays out in dating and relationship is within the one of emotional availability. We as men can often feel mixed about whether we want to, or even whether it’s ok to, have emotions other than anger. And again, women are not excepted from buying into this gender role limitation. Even quite evolved and emotionally mature men and women can still in moments cling to how ok they are with a man, whether it be self or other/partner, embodying more vulnerable emotions like fear, sadness or despair for example. Thus in the context of dating, understandably, a man can often fall victim to his own edit button, whether he is aware of it or not.
In fact, I would say that initially when there is self-awareness regarding one’s own editing or shutting down the more vulnerable feelings and expression, it is indeed all the more painful and unsatisfying. However, and this is where the rubber can really hit the road, it is this very pain and dissatisfaction for more freedom and fullness that seems to often be the necessary inspiration to be more authentically open and vulnerable.
The good news is that, as already implied above, women, men, human beings at large want and even yearn for the connectedness and aliveness that comes from more open and vulnerable feelings being expressed and embodied. The work really seems to be in relating to the parts of us that don’t trust or make room for that, and letting those voices speak their fear, sadness, yearning, etc. Although you may have been taught to believe otherwise, getting in touch with our shadow of vulnerabilities, as men, can be tremendously empowering and liberating.
Finally, it feels worth saying that learning to embody these softer, less sharply edged emotions doesn’t necessitate throwing the baby out with the bath water. The baby, in this case, is the equally attractive, desirable and useful embodiments of the more traditionally oriented masculine traits of the doer, the problem solver, that focusing energy that hones in and, well, fill in the blank. It can do anything you want it to do. But I would say it is simply more oriented toward doing than being. To be locked into neither way though, having access to both the feminine and the masculine, is true freedom. And, many women, more and more, are finding it to be truly attractive. Manhood, it turns out, may include “humanhood” after all.

Tom Rhodes is a Licensed Marriage and Family Therapist in private practice in the Noe Valley neighborhood of San Francisco. He specializes in working with people who suffer from anxiety or whose very identity is being called into question by the current circumstances of their life.

Posted in THE REAL YOU and tagged Dating, Relating, single, single men
← Business Partners: When the Magic Disappears (or Does It?)Darling, You’ve Gotten, Well… Fat. →