“When I look in the mirror, I see a dirty Mexican dyke.”

Those words were spoken by “Alejandra,” a professional lesbian Mexican-American woman in her 50s. She is accomplished, successful, intelligent, and charming. Despite these qualities, she lives every day with an intense amount of underlying self-hatred and feelings of worthlessness. In her professional role, she works as an advocate for marginalized groups. Alejandra can intellectually discuss with you why her statement is wrong and cruel, but she doesn’t feel that way. Rather, she’s terrified that she is right.

You may experience the above quote as shocking, horrible, sad, surprising or any number of difficult feelings. In my previous article from this series, I discussed power, privilege, and dominant and non-dominant cultural groups. In an era of increasing cultural “pride,” it is probably hard to comprehend my patient’s words. Unfortunately, it is exceptionally common. 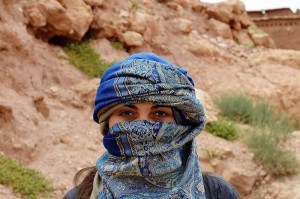 Camara Phyllis Jones, MD, MPH, Ph.D. identified three levels of racism (American Journal of Public Health, 2000; 90: 1212-1215): institutionalized, personally mediated, and internalized. While Dr. Jones was speaking of racism, I believe that her model can be applied across any area of discrimination, including racism, heterosexism, sexism, classism, ageism, and much more.

Institutionalized discrimination refers to normative, structural disadvantages like different access to goods, information, access to one’s own history, resources, or voice. Examples include prohibitions against gay marriage, voting rights discrimination, an absence of significant female figures in history texts, and the lack of access to quality education for inner-city youth.

Personally mediated disadvantages include prejudice and discrimination enacted between individuals. This includes a lack of respect (a taxi passing an African-American); suspicion (Boy Scouts policy of not allowing gay troop leaders); devaluation (“you speak English so well!); or dehumanization like police brutality and hate crimes.

These first two levels are discussed often (although still not enough). The last one, internalized discrimination, not as much.

When a culture consistently communicates a message of worthlessness both institutionally and interpersonally, it is common to internalize that message, even if you are a member of the disadvantaged group. Humans are social creatures. We live and exist within a society. We look to that society for the rules and rituals of everyday living. People from non-dominant cultural groups receive a consistent message of difference, which is often laced with a “less than” quality. This is experienced from as early on as one can imagine. It is persistent, invasive, and perhaps most concerning, is the manner in which it can be normalized and rationalized. It is difficult for any person to endure a lifetime of both subtle and overt messages that attacks their self-worth and emerge from it unscathed. It is natural that some part of us would internalize these messages, without even realizing it. With ethnicity/race or gender, a person can begin to believe the negative social stereotypes and beliefs about their group. With sexual orientation, an individual can experience irrationally negative internal reactions to homoerotic wishes, impulses, or desires. Part of this may be consciously known, but mostly it is outside of our conscious awareness.

This internalization can manifest in a wide variety of ways, including: poorly understood depression or anxiety, dependency, substance abuse, suicidality, sexual dysfunction, feelings of worthlessness or low self-esteem, guilt, shame and self-loathing, sadism, masochism, relationship problems and more. One man that I saw in treatment became seriously suicidal prior to his wedding to another man, because his parents rejected the wedding and his relationship. In essence, his suicidality was an expression of his internalized homophobia attacking himself. The internalization of hatred is always destructive, in ways both big and small.

The good news is that internalized discrimination can be ameliorated. It involves helping the individual to externalize the problem. In this way, problems are viewed as relational, contextual, interpretive, and situated within the dominant discourse, expression, response, and cultural norms. As they say in narrative therapy, the problem is the problem. In psychotherapy, clarifying and confronting the internalized feelings, along with psychoeducation, goes a tremendously long way to making external what once was internal.

Alejandra had internalized messages that she had received throughout her life: Mexicans are dirty and bad, homosexuality is bad, women are inferior to men. A very big part of her felt that she was worthless and bad. She found herself in relationships in which she was mistreated. She drank more than she wanted to. She passed up promotions when offered. She was unhappy.

Together with me in therapy, Alejandra began to see the ways in which she was holding onto cultural narratives about aspects of her various identities. She was able to remember and reflect upon moments growing up in which people set limitations on her because of her ethnicity or gender and see how it related to the present (turning down promotions). She was able to see how her family’s struggles to accept her sexuality, and homosexuality in general, resulted in her current sexual dysfunction and problems in relationships. She began to see that she was holding onto viewpoints espoused by others, and how damaging they were. Alejandra began to see how she was holding onto ideas and beliefs that did not belong to her. They were not truly hers. While Alejandra still experiences conflict with her identities, she no longer sees herself as worthless and is able to fight through difficult feelings that sometimes emerge.

Power and privilege can have many damaging effects. Internalized discrimination is a tremendously difficult one to see, particularly because on the surface it often resembles something else. Any group or individual that helps to more fully articulate the institutionalized and personally mediated aspects of discrimination goes a long way to battling the internalization of these forces. It is on all of us to make sure that those messages remain external. In that way, we can then view them, examine them, work through them, and change them. As discrimination remains hidden and un-criticized, it is tacitly accepted and ripe for internalization.

(This is the second in a series of 3 articles on social justice.)

Posted in THE REAL YOU and tagged classism, homophobia, internalized discrimination, racism, Sexism
← How to Get Someone to Go to TherapyMotherhood as a Rite of Passage →