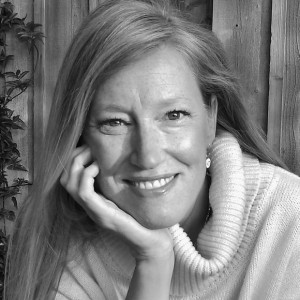 Traci is a caring, direct and active therapist. Most clients have said some version of “Traci talks like a regular person. Easy to tell the truth to. She is practical about letting my goals drive where we go but she is also direct.  I wanted that kind of therapist."

Traci has advanced training in working with couples.  She is also the CEO and founder of PSYCHED and PSYCHED Magazine and the Managing Director of a global listening project, Sidewalk Talk. Traci's personality and many years working with and for men in her corporate past make men who are new to therapy feel at ease and male and female executives feel understood.

Traci also brings her practical life experience to her work: married for thirteen years to a non-American and mother to two sons. This feels like a relief to many couples who want a therapist who understands the challenges of family life in our current social climate.

What makes Traci’s work unique is she believes psychological health is about having flexibility at how we respond in each situation. She poo poos dogma about the right way to be healthy.  There is no right way, there is only the ability to move in many directions and inflexibiltiy is what ultimately harms us. When big anger is our modus operandi or drinking is our only soother - those behaviors are not seen as bad, just too limited - people need more options. To Traci, creating more choices means that you do more than use your brain in therapy. She is a body-centered therapist whose work is inspired by Sensorimotor Psychotherapy, Hakomi and Gestalt Therapy. Traci also has a special interest socio-cultural impacts of the outside world on our inner psychology as well as training in complex PTSD. You can read more about Traci's training below or read some of her articles here.

"Traci is such a warm, relatable person and set me right at ease even though this was my first contact with therapy. Traci worked with me on a specific issue in my life and helped me move through it while addressing all the steps that had led me to that place so hopefully I wouldn't repeat history. I definitely feel that I am an improved, more self-aware person after working with Traci." - Yelp

"I worked with Traci for a little over a year and it's no understatement to say that my time with her has completely transformed my life. She helps you ask yourself deep questions that get to your real priorities in life and works to help you understand how to get through any barriers holding you back from your own vision of where you want to be. She maintains a great balance of offering practical advise with tangible actions you can work on, while still digging deeper into any emotional or psychological issues that are holding you back." - Yelp