On this, the eve of the most horrifying presidential election in my lifetime, I would like to take this opportunity to admit that I cheated my way through my Civics class in High School.

I took those classes by “correspondence.” In that age this meant you received a textbook in the mail, and you mailed your assignments to some burnt-out educator who graded them while watching Frasier. I copied everything, including the essays, from my friend who had finished it a month before. The person grading my assignments, who had also graded hers, didn’t notice. 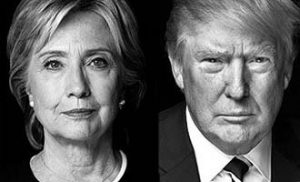 As a result, I’m thirty-four years old and just barely figuring out how the US government works. What is a senator, what is a representative, what is capitalism? All these things profoundly impact the mental health of those who sit in my therapy office, whether they know it or not.

I didn’t feel great about cheating at the time, but I was scared to admit how much help I would need to pass the class the real way.

In psychology, we call being in the position of needing help “dependence.” Like everything in the realm of mental health, too much and too little of it are problematic, and therapists aim to help people find a middle ground.

We all have times of being dependent on others and times of being able to offer support to others. Intertwined, this is called “interdependence,” the state of relying on and supporting each other. This contrasts with the uniquely American fantasy of independence–being able to exist and thrive with no help.

It’s been interesting (by that I mean horrifying and terrible) to watch the hyper-masculine Western narrative of independence and power embodied in a single presidential candidate this past year.

A friend of mine spent the weekend phone banking for Clinton. She spoke to one Trump supporter, and when she wished him luck with his cause he responded, “We don’t need luck, we have the money and the power.”

How lacking this campaign has been on both sides in acknowledging our interdependence.

One side has campaigned on the promise of hoarding power. Dependence, interdependence, and the idea of mutual support are experienced as humiliating and emasculating.

There is an underlying fear that “they” are taking from “us.” Ironically the “them” are groups who have been targets of violence, and the “us” are the top of the power hierarchy.

While the policies of the other candidate do reflect some awareness of interdependence, her presentation while campaigning has been one of stoic strength.

Not once from either side have I heard the basic reminder that we as a species are completely dependent on the Earth’s resources, which we are using to the point of depletion.

For some reason, we as a nation are acting like adult survivors of abuse (perhaps because we are), scrambling to create a world where we need no help and have no needs.

We fantasize that those who need help–women in dire circumstances, immigrants trying to find a safe place to raise their children, peaceful religious groups wishing to gather and worship— are somehow taking away our own scant safety and autonomy. Underlying everything is fear, but since fear is not allowed, what is enacted is power and verbal abuse.

One of the reasons I’m proud to be in the field of psychotherapy is that I spend my life normalizing needing help, and normalizing the inalterable human condition of depending on one another and the planet.Sometimes this happens in the therapy room when a person loses their contempt for their own normal human needs, and subsequently stops criticizing others for being “needy” as well. As the feminist rallying cry goes, the personal is political.

I wish I could tell my 17-year-old self, sitting in my bedroom and copying my friend’s answers for my own assignments, that it can feel good to admit you need help, and that understanding my own ability to need and offer help would become the bedrock for my future civic engagement. That true strength comes not in figuring it out alone, not in being above others, but in the interdependence of needing and offering help.