When my cousin entered high school last year, she had a tough time adjusting. She’s always been somewhat reserved, and that made her an easy target for bullies.

She didn’t tell her family what was going on, and instead fell into a new crowd of friends that she spent all of her time with. Drinking seemed to make her new friends like her, and for a while it helped her forget the cruelty she faced at school.

She eventually got busted for drinking in her room one night, and ended up confessing that she was sadder than she’d ever been before. She’s on a better path now, but it was an eye-opening experience for her parents. 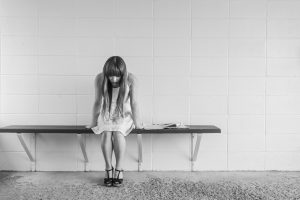 Being a teenager is difficult under any circumstances, but being a teenager who has an addiction to drugs or alcohol is even more difficult. Understanding why teens turn to drugs and alcohol is an important first step in helping them to avoid suicide, because many of the underlying causes of drug or alcohol abuse involve the same factors that lead to teen suicide. If you are concerned about your teen, here’s what you need to know.

Facts about Teens and Addiction

While it may not be a good reason, teens often abuse drugs or alcohol simply because they are teens dealing with all kinds of challenges: figuring out who they are as they transition from childhood to adulthood, making difficult choices, wanting to experiment, and lacking the experience to know which choices are going to lead to more harm than they anticipate.

Researchers have found that teens do not actually have the feelings of invincibility that the myth perpetuates; they do understand the risks of their behavior, they just think the benefits and fun are worth the risk.

The facts about teen drug experimentation and abuse are staggering:

Teens often turn to alcohol and drugs because they want to self-medicate. They see getting high or drunk as a way to escape their problems or ease their pain. They use substances to be more social or comfortable, to make life more bearable, and to fit in with their peers.

The Link Between Teenage Addiction and Suicide

Teenage suicide is the third leading cause of death for teens in the United States.

A study by the University of Southern Illinois’ Core Institute found that students who drink or use drugs are significantly more likely to have suicidal tendencies than their sober peers.

The Substance Abuse and Mental Health Services Administration reports that nearly 10% of drug-related trips to the emergency room for adolescents involve attempted suicide. In many of these cases, access to prescription drugs was to blame. The study also found that teenage girls are nearly three times more likely than boys to attempt suicide for drug-related reasons.

It is critical to help addicted teens receive the help they need and deserve. Professional treatment is necessary to help teens work through the issues that led to their addiction and/or suicidal thoughts in the first place. The following tips will be helpful in getting your addicted teen the help they need.

You can help an addicted teen work through his or her underlying issues and addiction if you make an effort to understand the problem and find the most appropriate treatment. If you have any fear your teen’s life may  be in danger, get help now.

Jennifer McGregor is a pre-med student, who co-created Public Health Library to provide reliable health and medical resources for its users. One of her missions is to push reputable information on health topics to the forefront, making them easier and quicker to find.