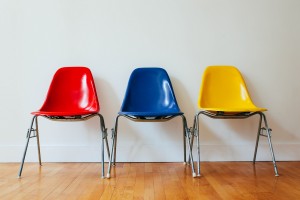 “I asked Jace if he would play with only me today, and not all the other kids, but he said ‘no’,” Mikey tells me. I’m strapping him into his car seat in the big dirt parking lot of the preschool. I stop and rest my head on his, his words like a punch in my gut. I take a breath.

“Sad,” he says. “I feel mad and sad when he doesn’t play with me.” My stomach churns. Seeing my child, my almost-four-year-old big boy suffer these first rejections is worse, so much worse than any rejection of my own. Worse than any boy not liking me, worse than my 6th grade bullies, worse than any falling out with a friend.

“I just ran. By myself,” he says, matter-of-factly.

It’s the same every day, and has been since he started preschool eight months ago. When they are inside, the kids work independently on whatever “jobs” (in Montessori parlance) interest them. When they go outside for the final hour, they have a chance to finally run and play together—but this time is the most challenging for my little autistic guy: lack of structure, kids engaging in imagination play he simply cannot follow, kids who are miles ahead physically, as he struggles with low tone and motor delays.

So he runs and he walks. He tells me each day. I ran and I walked. Around the outside, around the periphery of the playground, in proximity to the kids, but not of them. Not within.

Hearing about his solo running and walking—this alone hurt my heart, three mornings a week, for months, but he kept saying that he was not lonely, so I tried to lay off my daily encouragements to play with other kids.

Then one day, suddenly, it happened. He took turns shooting baskets with a 2 ½ year old named Jace—a tiny, personable guy with an adorable button face. A year and a half younger, at least a foot shorter, but in that one round of basketball, the deal was sealed—Mikey had his first friend.

And here the beauty of friendship and the pain of my son’s limitations began, because he rather abruptly wanted Jace to play with him, and only him, and not the other children. And Jace loved the sandbox and spent most of his time there, but Mikey hated the sandbox, because he could never stand the feeling of sand on his hands, and the sandbox was noisy and crowded with unpredictable kids.

And so began the daily ritual of him asking Jace each day to run with him, or play basketball. And most days Jace said no, because he was busy making sand-cakes or sand-people.

Jace picked someone else to be his friend, Mikey would tell me sadly, unable to make use of my constant talks about kids having lots of different friends. I give up on him. He never wants to run with me.

But Jace unknowingly put Mikey through the torture of random reinforcement, because every day Mikey would ask, and occasionally Jace would play, even just for a few minutes, before running back to the sandbox again, and then all was right with the world, and all was well and happy, and Mikey would talk happily about Jace while we ate lunch, and ask to go to Jace’s house after nap, and wonder if maybe Jace lived right across the street from us, or would join us at the park later, or would basically move in with us and hang out with him, only him, no other kids, until the end of time.

And I felt sorry for little Jace in a way, just 2 ½, bouncing along through his day, not understanding the waves of intensity coming from Mikey. But I also wanted to grab him, bribe him, pay him off with candy. Don’t you see, you’re Mikey’s first little friend? Forget these other kids! Play with him every day and I’ll buy you whatever you want! Please take care of him the way I would take care of him, because he keeps offering you his shy little heart, and seeing it wounded is ripping me up inside.

And I know it’s murder on any parent to watch their child suffer, but somehow this autism suffering seems deeper. Maybe it’s his lack of ability to attach to more kids, so there is no one else there to soften the blows of playground rejection. Maybe it’s my fear of things to come—that the innocent rejection of a capricious preschooler will give way to harder, crueler rejections as he gets older. Maybe it’s my fear that someday he’ll be 25, with a job somewhere, asking the same co-worker every day if he wants to get a beer after work, not understanding the no thanks, no thanks.

But mostly it’s just that I can’t take it away. He is almost four, and knowing that he is sometimes in the world without me, and the world will bash him around as it does to us all, and I cannot stop the simple suffering, the core loneliness at the base of human experience, no matter how hard I try.

And maybe this is why autism scares people so much: the loneliness of an autistic life points to that thing we are all trying to avoid, escape, deny, shove back down—our own core aloneness. Our fear of feeling lonely, and all the things that lonely means: unacceptable, unlikable, unloved. We use our breezy social skills to manage it, and when they don’t work, we have every form of addiction and distraction available. And then our child is born autistic, and here in front of us is that level of aloneness we have worked our whole lives not to feel. And to love them as deeply as we do, we have to accept our total separation. We have to let them go, raw bundle of nerves, into the world, and be hurt, then come near us again, and allow them to be alone but close, alone but loved. Alone without that mask of easy, casual socializing. Simply, painfully, brutally, honestly, alone.

Katie Read is a Marriage and Family Therapist and Executive Editor of Psyched Magazine. She is also a writer who blogs about autism parenting at www.childshould.com. Her writing has been featured at Autism Speaks, Motherwell Magazine, Mamalode, The Mighty, and others.

Posted in THE REAL YOU and tagged autism, friendship, loneliness, Motherhood
← Creativity: 5 Practices For Holding On to Your Creativity10 Life-Enhancing Things You Can Do at a Stoplight →