There’s so much comfort and relief that comes with the crisp whispers of fall as we ease back into routine: knowing what’s on the family agenda everyday; and that old friend, solitude, who’s been on vacation these last three months. But getting back into the swing of school means getting back into the social scene at school for a lot of moms. And for many women, the social scene comes with a lot of pain and confusion. 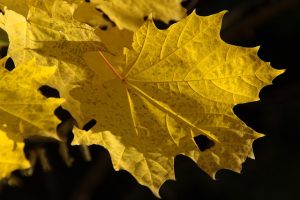 Jessica volunteers in her kids’ classrooms every week as well as serving on the PTA. She is actively involved in social events at school and has regular hang-out nights with other moms, but still she struggles with feelings of loneliness and rejection around them. She didn’t tell me this when we first started working together in therapy. Our work was around her intense anger toward her younger son who was often defiant. She longed for a closer relationship with him, and for him to behave himself. I began to notice a connection between blowouts with her son and experiences of rejection she had socially.

On the surface, Jessica is popular on campus. But none of her friends know how she feels underneath, or that she longs for a more authentic connection than their friendships allow. Among her peer group of upper-middle-class white women, sharing vulnerability, deviating from the norm in any way, discussing any taboo subjects, is enough to render an insider mom ostracized. For instance, even though a part of Jessica cares deeply about social justice, she knows this and other sacred parts of herself are unwelcome, so they remain neglected. Our sessions include a lot of interventions on my part to help her tune into all the different parts of herself, and to offer her the authentic connection I feel for her in my therapist heart.

Sandra tells me that social scene among parents at her daughter’s school feels more like high school than high school actually did. Since she works full-time she’s not as immersed in the scene as Jessica is. But this does not make her immune to rejection if she dares to veer from the norm. She has a lot in her life to distract her from the pain that the playground sometimes brings up, but when she tunes into it, she realizes she longs to feel as valued and celebrated by her hometown community as she does at work.

WHERE IT COMES FROM

Sandra is  onto something in her size-up of the mom scene, because school is where we learn to do this to each other. In her book Odd Girl Out, Rachel Simmons describes how cultural conditioning to avoid conflict causes girls to create “a hidden culture of silent and indirect aggression.” Without an acceptable outlet for expressing negative relational experience (conflict, envy, etc.) we learn to vent it through passive aggressive means like cold shouldering and gossip. We learn that conflict is to be feared rather than openly discussed, so difference becomes dangerous. We learn to ostracize.

Another root of this social cycle is in evolution. Recent brain research reveals that the growth of circuitry for impulse and pleasure actually outpaces the circuitry which inhibits those impulses in adolescence through early 20’s. Evolutionarily, emotional reactivity during this period may have developed to allow adolescents to become leaders in their social groups, to be more aware of threat, to ensure their survival as they set out on their own. The trouble is, though we’re still wired to perceive threats with heightened reactivity during adolescence, our survival is no longer so perilous. However, because of our conditioning and our biology, present exhibitions of emotional vulnerability are perceived as dangerous. We tell ourselves this is teen behavior that ends with adolescence, but, in fact, for women like Jessica and Sandra, it reawakens when their kids enter elementary school.

What is so gut-wrenching is that Jessica and Sandra feel alone when in fact they aren’t! So many moms in similar social groups feel bound to follow unspoken rules of conduct that eat away at self-worth; and they share the experience of rejection and longing for authentic connection with their friends. I am willing to bet that most of their peers do, though few discuss it. To be open about your own uniqueness, or that you’re struggling as a mom, takes bravery because we’ve been conditioned all our lives to socially disavow our inner experience. What if everyone dared to share how they really felt? Brene Brown is a modern hero among those who know her work. Her book Daring Greatly is a virtual instruction manual in achieving a more authentic, connected life by being courageous enough to be vulnerable. She says, “Vulnerability is the birthplace of love, belonging, joy, courage, empathy, and creativity. It is the source of hope, empathy, accountability, and authenticity.” Sharing inner experience is how we build trust and belonging. Imagine if that’s how Back to School Night felt.

THE COST OF SOCIAL SAFETY

Kids suffer when moms partake in the social game. When the most active moms on campus refuse to talk about anything uncomfortable, it’s hard for the community to evolve. Meanwhile, school campuses around the country are taking up a no-tolerance stance toward bullying, social-emotional curriculums are sprouting up all over the place – at last educators are starting to see that inclusion and celebrating our differences leads to happier, healthier communities. Still, like it or not, kids’ social groups often reflect the divisions among the parents. What kids see their parents doing is much more influential than what they are formally taught. No matter what values families discuss around the dinner table, no matter what teachers say in classrooms, as long as the moms are silently judging and shunning one another in their own social maneuvering, kids repeat this behavior.

Remember how Jessica came to see me because she was struggling in her relationship with her son?. The trouble is, she has no one to go to for support about her struggles and vulnerabilities, especially when she feels judged by her friends for them. Without a way to process it and because she has been conditioned so entirely by the unspoken rules, her painful experience remains unconscious – too dangerous to feel, since she could be ostracized for bucking the system. Without support, these unconscious feelings take to the nervous system. Overloaded and electrified, a nervous system under these conditions looks to dispel all that energy, and one easy target is a child. It’s funny how kids’ internal experiences so often reflect their parents’. Would you be surprised to know that Jessica’s son also feels rejected and alone? Not to be too heavy here, but we know that if kids see us cold shouldering others, some fear we may also do it to them. Do we want them to hold that worry in their hearts?

If we want to celebrate diversity in our schools and we want our children to include others in their play, we’ve got to share our own inner diversity with each other. There’s no other choice. When we do it, we actually teach our kids about resilience, emotional regulation, conflict resolution, flexibility – it’s so good for them. We need each other fiercely. This mothering thing we do every day is quietly momentous. You cannot attempt it without changing radically from who you were before. It’s a journey that rocks us in our cores, every goodbye kiss on the schoolyard too potent to endure without soul company. We accompany each other on this journey so we can do it well, and the more we do it authentically, the braver we can be to embrace a world that is shifting monumentally in our midst.

Jessica’s relationship with her younger son has gotten much better. She has learned to notice when she feels social rejection and do some self-soothing before she escalates with her son. She’s also learned to how tune into him when he is feeling disconnected and mad, and help him turn it around. But even more healing than that, she is now more able to offer him and his brother the same kind of empathy and support that she would love to receive from her friends. Of course the family still has their moments, and rules must be followed, but Jessica and her kids are feeling more connected and having fewer blow ups. Her son is doing better in school and the icing on the cake is that he’s even doing better with his peers. The mom scene at school is still tricky. But Jessica has begun to be a little braver, risking vulnerability with other moms who she’s gotten safe vibes from. Sometimes it’s a miss, but other times it’s a hit. A few times when she’s courageously shared her inner experience she’s found richness, closeness and comfort to help her through the social struggles. As this school year begins, just like she has set intentions for her kids’ academic year, she is also setting the intention to be even braver herself – to create the community she dreams of. All it takes is one person. It’s not a whole village yet, but it’s a start.

Brown, B. (2012). Daring greatly: How the courage to be vulnerable transforms the way we live, love, parent, and lead. New York, NY: Gotham Books.