My family had hamburgers for Thanksgiving. In my case, as a vegetarian, I had a veggie burger. We had decided last year that the efforts of turkeypotatoesrollssomethingforthevegetariancranberrysausecornbreadetc was just too much, given that none of the family likes to stuff themselves, and the work takes days and is then gone in an hour.

For Christmas, we were planning to have pizzas, but my mother buckled under the pressure.  Change comes in measures. 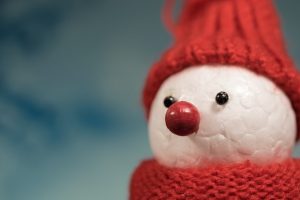 Like it or not, react to it or not, this is an age of tectonic shifts, rearrangements, deconstructions, and free-falls. The internet has all but negated national boundaries (at least for information); globalization has economically, socially, and culturally softened those same boundaries; gender and marriage equality have in many countries redefined what a bonded couple is; 3D printing is likely to totally redo what manufacturing looks like; drug laws are softening in the legalization of marijuana; and as Virtual Reality technology matures, what physical existence means will be simply brought into question and allowed to hang.

When, as a species, we lived in isolated valleys, hunting and farming in a small area, with hard geographical and cultural walls between us and the next group over, there was very little to push changes in our rituals and conventions.

Plus, given the intense pressure for small groups to maintain their coherence and consistency, the internal revolutions were very difficult to enact: too much was at stake for the group and the individual, in terms of survival, belonging, and identity.

But those days are long gone, in the real world if not in the Heart of Man. Our rituals and assumptions have been falling apart for a long time, and are now rapidly collapsing in the intense cross-pollination, cross-talk, cross-conflict, and just basic cross-ness. Which is leaving many of us cross-eyed.

What in the past could be easily taken as dogma, and easily policed as orthodoxy, today has so many “yes, but” responses that we are being forced–again, like it or not–into a discerning, creative, and choiceful stance in relation to what our culture actually is, what rituals actually mean, both culturally and to us personally, and what actually is the location of meaning and value and love for us. Or, we refuse that existentially driven force and hunker down in a surly and rigid traditionalism. Which we can see today in spades.

So, then, the holidays.

The traditions of the various holidays have always been shifting, going in and out of focus, more or less religious, more or less personal. For instance, the contemporary decrials about a liberal “War on Christmas” assumes there was or is just one thing called “Christmas,” which is not and never was the reality. But especially now, when there’s hardly just one thing of anything.

The zeitgeist of the times is both deconstruction and creativity, the falling apart of what used to be coherent–that’s the anxiety part–and therefore the opportunity for wild and personal creativity–that’s the liberatory part.

So here’s my contention: with the holidays, we not only can, but are being forced to interpret and invent them anew. When something is falling apart (literally, into its parts), to try to hold onto it is like holding a bag of potatoes whose bag has broken. You can do it, but it takes so much stressful effort that it’s damn hard to enjoy anything.

Not only that, but for those of you with depression running through your veins, the act of hanging onto that which is falling apart is more than frustrating, it’s actually the trigger for depression, which is, as you know, much more dangerous than annoying.

So taking this all to heart, and accepting that as Dylan said, “The times they are a changin’,” frees us up to understand that, since both our holiday of choice was never just one thing, and certainly is not now, we are empowered to make it meaningful to us personally, and in our families or groups.

As scary as a loss of coherent tradition is, this is a time that (last time: like it or not) is forcing us into challenges that our village ancestors never even considered. The more we embrace these challenges, the more we’ll enjoy (rather than dread and slog through) whatever holidays we endorse, or make up, and the more we’ll actually reclaim in a relevant form whatever animated the holiday to start with.

So with all that in mind, I give you all a hearty, “Happy Holidays!”

Posted in THE REAL YOU and tagged Authenticity, Christmas, Depression, family, Family Dynamics, holiday, holiday traditions, Relating, traditions
← Should I or Shouldn’t I? Making Difficult DecisionsResolutions for the New Year: Can They Actually Help Your Private Practice? →