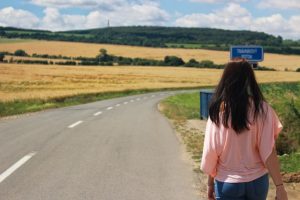 Such acceptances signal that EMDR therapy, once shrouded in mystery and skepticism, has garnered more widespread acceptance by the mainstream helping professions. One of the reasons for this acceptance is Dr. Shapiro’s insistence, since the origin days, that the methods and protocols be open to scrutiny through research.

A rarity in clinical research for introducing a new method, Shapiro’s own first study of EMDR therapy debuted in 1989 as a randomized controlled study, not as a simple case study or proposal paper which is the norm. To date, more than 20 randomized controlled studies on EMDR therapy support its use as an effective therapy in the treatment of trauma. A large body of other types of research also exists, making EMDR one of the most researched modalities in the treatment of trauma. If you are interested in reviewing what is available to date on the use of EMDR therapy with a certain population or in a particular clinical setting, you are encouraged to visit the public access Francine Shapiro Library.

As with all forms of therapy, it is the therapeutic alliance or the relationship between the therapist and client that allows the healing to reveal itself. EMDR therapy is no exception, for it is the relationship between therapist and client that has allowed Dr. Shapiro’s discovery to evolve into what it is today. For example, although eye movements were originally a significant part of the standard protocol, the first visually impaired client prompted the need for adaptation.

New possibilities emerged, including bilateral auditory stimulation and alternating gentle taps on the back of the hand. Because EMDR therapy tries to minimally rely on talk, and attempts to reduce unnecessary input from the therapist, the adaptation of this therapy for different cultures and in different languages arose from the willingness of patients around the world.

It was the courage of these early practitioners and their clients that allowed refinement of the standard protocol which is broken down into eight phases, and addresses the three prongs of past, present and future. Early on, it seemed easy to see how EMDR therapy could be applied following a single traumatic event, such as a car accident, shooting or other trauma that was not ongoing. However, it soon became apparent that the vast majority of those who seek help are confronted by traumatic experiences marked by repeated or even ongoing trauma.

Take the story of Raina who was referred for therapy services after she was held hostage at knife point by her ex-boyfriend. In addition to severe physical injuries, she revealed a history of severe emotional abuse that had characterized not just their relationship, but her two previous relationships as well.

Raina suffered from low self-esteem and negative self-talk as well as vivid flashbacks and nightmares related to the violence she experienced. She was unable to sleep, and even when she did fall asleep, she usually woke up with a start from a nightmare of a shadowy figure standing over her with a knife, gun or a baseball bat in his hand.

Through EMDR therapy, Raina not only got relief from those distressing thoughts, images and nightmares, but was also able to trace the links of her low self-esteem to the chaos and dysfunction of growing up in an emotionally abusive household.

By reprocessing the memories and beliefs (both childhood and adult) that were holding her self-esteem stagnant, Raina was able to reinvent herself in a new and much more congruent manner. Through EMDR therapy, she was able to let go of the trauma that was holding her back. In addition, she acquired assertiveness skills and learned to set healthy boundaries in relationships, became confident in her ability to navigate new situations and make good choices in life and in relationships.

The role of clients in shaping the evolution of EMDR as a therapeutic superstar cannot be overstated. In the wake of hurricanes Katrina, Mitch and Sandy, earthquakes in Haiti, Nepal and India, bombings in Israel, the wars in Iraq and Afghanistan, mass shootings at Columbine High School and the Pulse Club in Florida (to name just a few), EMDR therapists have learned to address the problematic symptoms of trauma whether through natural disaster or through the horrors of human cruelty.

Conclusion: We began this series by sharing our own hero’s journeys and what brought us to this remarkable superhero we call EMDR Therapy. Then, we went back in time to reveal the remarkable origin story of this superhero therapy. And now, we have come full circle by honoring the hero inside each and every brave client who has made the courageous choice to get past their past.

Through EMDR therapy, countless individuals around the world who endured domestic violence, political torture, childhood abuse, amputation, war crimes, severe addiction, losses of life, love, land and more, have made meaning of their own experiences and rightfully claimed their own place center-stage in the unfolding narrative of their own lives.

If you are ready to undertake your own hero’s journey to overcome adversity and reclaim your life story with EMDR therapy as your personal support and ally, you can find a trained therapist at www.EMDRIA.org.

*The statements made in this article do not necessarily represent the position of the EMDR International Association.