In our troubled world when we feel scared and uncertain, each of us longs for a hero: someone who will usher in positive change, who will help us heal old wounds and rediscover the magic in our everyday lives. We began this series by acknowledging how each of us has a right to be the hero of our own story. Even in these difficult times, when conflict and confusion abound, there is cause for hope as we strive to claim our righteous spot center-stage in our own lives. 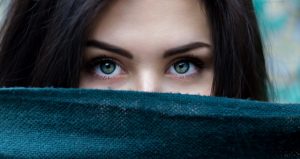 Every hero’s journey needs a villain, a wicked witch or a series of obstacles that impede progress and test the hero’s mettle. Ultimately though, these very nay-sayers and detractorsgive the hero the opportunity to prove his worth and save the day, the world, the cause: while emerging as something bigger than himself. It is on this uplifting note that we continue our series about EMDR therapy.

Like many superheroes we’ve come to love and mythical tales of extraordinary individuals gaining their superpowers, there is an origin story to EMDR therapy that is quite remarkable.

In the late 1980s, Dr. Francine Shapiro (who later became a psychologist) developed Eye Movement Desensitization and Reprocessing (EMDR) as a result of a serendipitous discovery and her own commitment to holistic experimentation.

Shapiro, a cancer survivor, explored many practices in mind-body medicine as part of her healing and recovery journey. Shapiro recounted in several interviews that she became quite used to approaching her own body as a laboratory. Shapiro explored how certain practices, like visualization, might affect her body, and how moving her body in a deliberate manner might impact her mental processes. Shapiro was taking a walk in a park and noticed that some disturbing thoughts were beginning to surface; the types of thoughts you’d normally struggle to shake off. As these thoughts surfaced, she noticed that her eyes began to move rapidly and diagonally. She took a rest from walking and allowed herself to “go with” this spontaneous process of moving her eyes. As she’s explained in several interviews, the discovery wasn’t an automatic Eureka! moment, yet she was interested by the notion that when she brought up those same thoughts later, they weren’t as valid, they simply did not carry the same level of distress.

Shapiro has emphasized different details of the origin story in her various writings and interviews given since that walk in the park back in 1987. The important outcome of the story is that her own meditative, self-experimental process prompted her to trial-and-error her discoveries on several of her colleagues. From there, she obtained the funding to conduct a randomized controlled study on her new discovery, originally called EMD (the “R” didn’t get added until a year later), the results of which were published in 1989 by the Journal of Traumatic Stress Studies.

Like many a debut of superheroes and superpowers throughout the canon of literature and pop culture, there was a great deal of initial skepticism. Many great thinkers in the helping professions declared EMDR therapy as junk science or too good to be true. Others declared Shapiro a charlatan and a spin-doctor.

Yet many of the early skeptics quickly became convinced that there was something to EMDR once they gave it a try. Many realized that the method Shapiro developed for clinical use following her initial explorations offers a powerful method for shifting how traumatic memories are stored in the brain. This solution seems to help us work with the areas of the human brain that cannot be easily reached by words—by just “talking about” the traumatic experience. Existing knowledge about how the brain works and a number of completed investigations using technologies such as SPECT scanning, EEG, and MRI suggest that EMDR therapy facilitates shifts in how the brain stores information. Specifically, movement occurs from the limbic, more emotionally charged brain to the neocortex, the executive part of the brain that is more efficient in its long-term storage of memory.

One of the major criticisms of EMDR therapy has been that the actual mechanisms have not been fully explained. While the exact mechanism of action is still under investigation, the research evidence proving that EMDR therapy works for many survivors of trauma continues to mount. We are indeed in the throes of an exciting era in EMDR therapy’s evolution.

While we mentioned the skeptics and naysayers as some of the obstacles in this hero’s journey, we would be remiss if we failed to laud the allies in this tale. The greatest supporters and champions of EMDR therapy have been the clients who have benefitted from its healing powers. From war veterans to first-responders, school teachers to torture survivors, EMDR therapy has fans, allies and champions around the world. Stay tuned for the third and final part of this series, in which we present glimpses of hope and visions of possibility as shared with us by the heroes and heroines who have undertaken the journey of EMDR therapy.