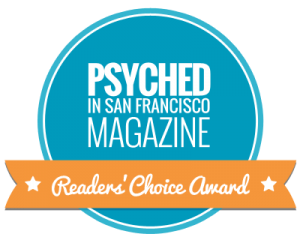 Last weekend I went to the movies with my preschooler. It was a special theater adventure into which we snuck in a large purse full of popcorn. As the lights dimmed and the light-up crocks flashed, we heard lots of excited children exclaiming “It’s starting!” and some not-so-happy babies sharing in their preverbal, but easily interpreted, sounds.

I think I enjoyed the movie much more than my child. The Psychologist part of me was impressed with the ways they imaged memory consolidation in the brain and characterized feelings. Here are a few of things that stood out for me as ways to practice emotional understanding either as a parent to your inner child, your external child or children, or both.

1. Externalizing and characterizing parts of the self makes them less scary.

The other night I lost it with my preschooler after 9,003 (ok it could have been only 9,002) attempts to get teeth brushed before bed and yelled “BRUSH YOUR TEETH RIGHT NOW!” (I do not recommend this). After taking a deep breath, I was able to soften my own guilt for yelling and make it less scary for my child by stating, “Wow, the flame-guy really took over there for a minute. Did you see that angry fire come out of mama’s mouth?” 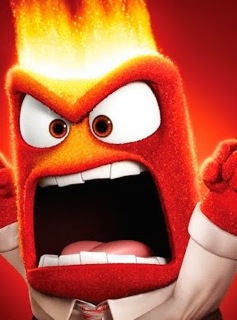 2. Memory is deeply affected by emotions.

Emotions are connected with memories and memory consolidation. They can be destroyed, retrieved and/or recreated depending on the emotional experiences tinging them.

Here is a fancy psychological explanation:

emotional stimuli engage specific cognitive and neural mechanisms that enhance explicit [conscious intentional recollection] memory. Emotional arousal influences memory via factors that act during memory encoding (attention and elaboration) and factors that modulate memory consolidation. Across studies, the amygdala has been consistently implicated as playing a key role in enhancing explicit memory for both pleasant and unpleasant emotional stimuli through modulation of encoding and consolidation processes.

As I was watching the movie, I was struck by how, when joy and sadness were missing from the executive part of the brain, fear, anger and disgust were running the show. This is exactly what happens in trauma. The amygdala, in particular, is the part of the brain associated with fear and anger. So when trauma is experienced and remembered, these emotions take over. That is why people with PTSD cannot access calmness or joy when they experience something that resembles the initial trauma. Someone that has experienced being in a war zone will not likely have the experience of joy and excitement when they hear 4th of July fireworks that, to them, sound like land mines.

3. You don’t have to have a Big T trauma to be deeply emotionally affected.

We have all had trauma, whether it be Big-T Trauma or little-t trauma. So many of my clients recovering from eating disorders, depression, or anxiety blame themselves for struggling because “I didn’t have anything traumatic happen to me.” You do not have to have been raped or sexually abused to have been affected by suffering. Obviously rape and sexual abuse are big traumas (that are much more common than many people think) that need attention for healing. And yes, it is possible to heal from rape and sexual abuse. However, trauma can also be moving, a divorce, being bullied, being consistently emotionally neglected, the ending of a relationship, or an unkind comment. Yes, I did just say an unkind comment could be a trauma. This is where the complex combination of temperament, genetics and brain chemistry, birth order, the constellation of a family system and outside influences all coincide to create each person’s unique experience. That is why two children growing up in the exact same family system can have completely different experiences and grow up to be completely different people with different sets of skills, capacities, and vulnerabilities.

If Riley had had a sibling in the movie, that sibling would have had a totally different experience of moving to San Francisco! Maybe they would have loved it and it would have been the best thing that ever happened to them. Maybe her sibling would have sucked at hockey and had a natural tendency toward surfing, skateboarding, creative gluten free broccoli pizza making. The point is that the move was traumatic for Riley. It’s not as much about what the trauma was or even why, but tending to the trauma that allows joy to come back into relationship with sadness, fear, anger, disgust and become a whole, integrated executive brain functioning team.

There is a 12-step question that says “Why is not a question.” In other words, if you stay in asking why, you will get stuck in analysis paralysis and never come to the healing that will release and transform suffering.

4. In order to get joy back, sadness has to be released.

The most moving moment for me in the movie (besides cotton-candy-elephant-imaginary-friend flying himself into forgotten land to save Joy, which had me bawling) was when Riley came back into her parent’s arms and sobbed. That moment right before she fell into their embrace and she had her parents’ full emotional presence and acceptance is it. THAT is therapy, life, and wholeness at its best. It doesn’t get any better. As soon as that sadness and homesickness had attention and release, it was able to turn back into joy.

5. All feelings are important.

There is a saying at my child’s preschool that states: “You have to let the bad feelings out to let the good feelings in.”

Obviously there are no “bad” feelings. However, we all have our favorites that we would rather just go away. Or, as Joy attempted to do, draw a circle around and just stay THERE.

Someone well meaning in my life recently gave me advice about how to stop worrying about money. “Just do THIS,” he stated (which is something I already do, and “this” has not made the worry go away). Not only did this unsolicited advice make my worry bigger, but also it added anger and disgust! Anger and disgust came in to defend worry’s right to be there, be heard, and be seen. Remember Fear in the movie? He needed to make an entire cataloged pile of worst-case scenarios for the first day of school. For the Fear part-of-self, that is happiness! That is fear being himself! Fear, like anger, sadness, disgust, and joy need to be themselves. Not BIGGER than themselves, not all of the Big-S Self, just them selves: their little bit of the whole being of a person. They deserve the respect of not being put into a tiny circle or tried to talk out of being themselves in order to pretend they are something else. As a wise therapist friend of mine states “you can’t talk people out of their fears.”

We all have feelings, but feelings are not all of us. Allowing and acknowledging feelings helps them not get stuck into trauma memories. Everyone has had trauma, some big some small. If you want to heal and be a whole human being, you have to let go of judging what kind of trauma, whether it is a “valid” trauma, or comparing who has more or less trauma (see Pixar’s previous movie, Frozen, to remember this one: Let it go). And finally, allow sadness. Sadness is the key to everything. If you can cry, your heart can soften. If your heart can soften, miracles can happen (for example the Supreme court determining that everyone has the right to marry), and humans can learn to live together within and among themselves much more peacefully.

Posted in THE REAL YOU and tagged Emotions, inside out, pixar, Trauma
← Upward Mobility Downfalls, Part 3: Getting to the Bottom of Money WoesActivist Listening: A Response to Racism, the Charleston Shootings and Marriage Equality →