Anger. Disgust. Fear. Outrage. Grief. Helplessness. Deep sadness. When an event happens as evocative as the Stanford Rape case, it touches on our own wounds and causes us to respond in ways that reflect our own experience. And many people have that experience. One in four women have been sexually assaulted as adults (for men, the statistic is about one in twenty). 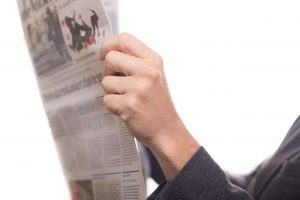 As the swell of the Stanford case seems to be receding in the wider culture, it continues to flood therapy offices, and likely will for a while. From two therapists’ perspectives, here is what happens inside therapy offices when rape and sexual assault are in the news:

When an event such as the Stanford rape case emerges, it leads to new revelations by survivors of sexual assault/trauma/abuse regardless of their readiness to process it. Clients come in and tell their therapists, “Something like that happened to me, too. I don’t think about it much, but with the news this week it kept coming up.” When rape is in the news, we are all forced to pay attention to the reality of the world we live in and the reality of our own histories, both of which can stir up immense pain and sorrow.

The semi-conviction and sentencing-light of Brock Turner have begun important national conversations about white supremacy, rape and rape culture, patriarchy, and even local elections. This is, we believe, overall a good thing, but for survivors of assault, it can feel violent and unwelcome. The news is everywhere, and being forced to see/read/hear it can echo previous traumas of being forced. Sexual assault takes years to recover from, sometimes a lifetime. The recovery process is by nature a fluctuation of intense processing, and living normal life. Ideally, a survivor gets to go at her own pace. But when something makes national news in such a big way, women are plunged into their own histories, whether they’re ready or not.

Sometimes this has benefits. Rage gets unearthed and spoken (or yelled). Waves of grief, the first or the thousandth, overtake, leaving a sense of clarity and power when they recede. Sometimes the news makes us face things that we’ve been scared to come close to.

And sometimes, it’s not a good time. Sometimes there are kids that need picking up after therapy, a big project at work. Sometimes a marriage is in a tough spot and this is a big wrench to throw in the mix.

When rape and sexual assault make the news, survivors lose control over the pace of their recovery. Sometimes this can end up being empowering. Other times it feels like a re-violation. Therapists and clients must walk a fine line between processing and protection.

“I read the survivor’s letter to my boyfriend. He’s such a good person, but he didn’t want to read the whole thing. I was so mad. I NEEDED him to hear it. I thought he would want to, and I was disappointed that I had to convince him.”

“He said I was playing the victim because this wasn’t my rape.”

“He agreed it was horrible, but he won’t ever understand. I hate him for not having to understand.”

We’ve heard a lot of struggles in relationships between men and women this week. While many men are survivors of assault, the culture is more apt to normalize assault of girls and women. This is known as “rape culture.” It means that even women who do not directly experience assault learn, early and often, to be on guard against the threat. This makes for very different experiences, and difficult conversations, between men and women. In addition to hearing and processing stories of sexual assault, therapists are also hearing and seeing a lot of relational turmoil this week.

Survivors of sexual trauma may feel deeply connected to the victim in the Stanford case. She is courageously sharing her story with vulnerability, and many women feel she is voicing a collective experience. The world now has access to the inner experience of a woman who suffered through a trauma similar to a nauseating number of others. As women read her letter and feel deeply as a result, the responses of their loved ones can feel deeply personal.

One woman expressed feeling “dismissed” by her partner when he did not react emotionally to reading the Stanford victim’s letter. This woman felt that her partner was not seeing her when he did not appear to validate the experience of the Stanford victim. The identification many women feel with this tragedy needs to be seen, validated, and understood. In therapy, the goal is to identify these needs, have self-compassion for them, and learn how to express them. But, truthfully, being in relationships, romantic and otherwise, with men often complicates this for women.

Many therapists go into the profession because they have experienced some form of healing from trauma in their own lives, and they want to pass that healing on. While we couldn’t find statistics about what percentage of psychotherapists are survivors of assault or rape, even the national numbers of one in four women and one in twenty men is significant, assuming therapists at least reflect the general population. Given that many therapists are “wounded healers,” the percentage of survivors is likely to be higher than that.

This means that, as we therapists listen to and hold what the news stirs up for our clients, we may have our own whirlwind of rage and grief and story inside of us. For those of us that don’t have the experience of being assaulted ourselves, we almost certainly know women who have, and we definitely have current and previous clients who have. Therapists risk vicarious trauma in weeks like these.

In a way, when rape is in the news, a large-scale retraumatization happens nationwide, which echoes louder and for far longer inside therapy offices. And yet, people still are expected to go to work, get their groceries, live their lives. Both therapists and clients have to go on. Among therapists, hopefully, we can offer each other support through listservs, message boards and consultation groups. “How are you doing? What do you need? How can we support each other?”

This news about the Stanford rape case affords us all an opportunity to have difficult but supremely important conversations about our experiences and internal worlds. As we do this, it is important that we all proceed with caution, knowing that the depth of our own and others’ pain may be unimaginable until it shows itself. Get support. Go slow. Be gentle with yourself and each other.
Co-written by Rochelle Greenhagen and Christine Hutchison

Rochelle Greenhagen is a San Francisco-based psychotherapist offering counseling to facilitate healing and growth. She specializes in working with eating disorders, relationship issues, and low self-esteem.

Posted in CULTURE
← You Will Be OK.On Orlando, Queer Sanctuaries, and What You Can Do →