People come to therapy for varied reasons that almost always have their roots in patterns of relating that they learned at a very young age. I’ve found that a huge proportion of therapy clients grew up with a parent who had traits of either Narcissism or Borderline Personality disorder. This is not usually something people are aware of when they first seek treatment— rather, they know that they’re anxious, or depressed, or going through a hard time. Often, though, as they begin to talk about their lives and their history, I hear stories that suggest one or both of their caregivers had traits of narcissism or borderline personality. 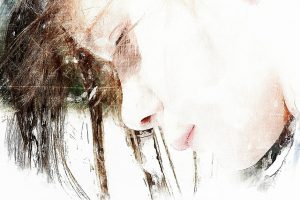 There are tomes upon tomes written about each of these character disorders, but here are some short descriptions of both:

Someone with narcissism is self-absorbed and lacking in empathy. This can take the form of acting like a hot-shot all the time, being charming and successful, and becoming scathingly critical of others who attempt to take the stage. There is also a kind of narcissism that actually manifests as low self-esteem, constantly comparing oneself to others and falling short. This “deflated narcissist” may be hyper critical of both themselves and others. At the core of all narcissism is shame. So, children who grow up with a narcissistic parent learn how to protect that parent from ever feeling embarrassed or insecure.

People with borderline tendencies tend to be emotionally volatile. They attach to and idealize people very quickly, and then will hate them just as quickly (sometimes within the same day). At the core of borderline personality is a lack of identity— people who suffer from borderline personality disorder don’t know who they are, so often they waffle around trying to be who others want them to be. Being in a relationship with someone who has a borderline disorder is often described as “walking on eggshells.”

While there are many people who can be diagnosed as having narcissistic or borderline personality disorder, there are many more who have traits of these disorders without meeting the full diagnosis. In fact, all of us sometimes have narcissistic and borderline reactions to stressful things… it’s normal! It becomes a problem when the narcissistic/borderline patterns and behaviors are someone’s main way of relating and dealing with things.

While these two character structures can look very different from each other, there is a surprising amount of commonality in their impact on children. If you were raised by someone with Narcissistic or Borderline traits, here are some common difficulties you may still face as an adult:

You are hyper-attuned to other people’s emotional needs at the expense of your own.

A narcissist always needs an audience, and can become angry and punitive if they are not getting the kind of attention they want. So, often children of narcissistic parents grow up watchful and on edge, ready to attend to their parent at any moment. As a result, these children often don’t learn how to tend to their own emotional (and sometimes physical) needs, or to ask others to help them do so.

With a parent who is borderline, a child learns that emotions can change from minute to minute. The children of a parent with borderline personality disorder learn to be watchful, not make waves, and not need too much from their unreliable parent. This can mean that, like the children of narcissistic parents, they never learn how to care for themselves emotionally.

You are more likely to choose partners who are self-absorbed or emotionally volatile.

One of the worst parts of being human is that we usually pick the familiar over the good, whether we mean to or not. When you grow up learning to tiptoe around someone’s emotional explosions, or to applaud at things you don’t enjoy because you know it’ll be worse if you don’t, or if you develop a fine-tuned radar for other people’s needs and feelings, then you will naturally feel compelled to continue doing these things in your adult relationships. You will likely even feel more attracted to people who have narcissistic or borderline traits. This is why therapy is vital to recovering from these childhood dynamics. Therapy’s aim is to make the unconscious conscious, so that you can choose whether you really want to keep playing the role of audience and comforter, or whether it might be time for you to receive some emotional care in your relationships.

You are more vulnerable to anxiety, depression, and having a personality disorder yourself.

I hate being the bearer of bad news, but this is statistically true. The reason for this is that when we are children, we model ourselves after the people who care for us. So, if you had, say, one parent who was highly narcissistic (self-absorbed and constantly requiring admiration), and another parent who provided the admiration and possibly took the partner’s emotional abuse, then your two available models for relationship are the narcissist or the accommodating parent. If you had one parent who flew into rages on a dime and constantly accused their partner of being unfaithful, and the other parent was always aiming to please or trying to escape/avoid the accusations (possibly through affairs), then those will be your relational models. Many children of borderline parents learn borderline behaviors, and same with narcissistic ones.

The good news, the very very good news, is that it is never too late to experience other types of relationships that can help you heal from the profound damage of growing up with a dysfunctional parent. Therapy can both provide a different type of relationship, and also help create the neural pathways that allow you to find a nurture your own mutual, empowering and loving relationships.