I didn’t really expect to be the mother of boys. I minored in Women’s Studies, and always imagined myself raising little feminist daughters. It didn’t work out that way. I have two wonderful little boys and trust that the universe brought these particular people into my life for a reason. But, I feel out of my element at times, and was reminded of yet another boy-related challenge recently while sitting with a client. As she recounted an experience of being minimized because of her gender, a question began to plague me. “How do I make sure my boys don’t become men like that?” 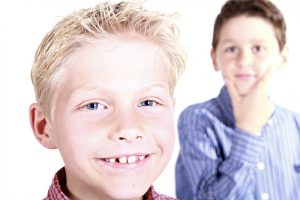 As a female, I have had my share of experiences demonstrating gender bias. Like most women, I’ve been objectified for my body, belittled for having feelings, and made to feel less than intelligent because I’m a woman. I know not all men are guilty of these behaviors. But, as a mother of two young boys, I’m beginning to think about this issue from a different perspective. It is sobering to realize that it is my responsibility to raise these boys to be respectful, kind members of society. By virtue of their birth as male and white, they will benefit in myriad ways that minorities don’t experience. I may not agree with this, and I can’t change the world we live in, but what I can do is raise them to recognize this bias, and not to take advantage of their status. As I consider the type of men I want my boys to become, I’m focusing on the following tenets; and while they obviously are true for girls as much as for boys, I believe emphasizing these principles in males in particular can only stand to benefit our world.

Teach kindness. This is more than just being nice. It means actually taking into account the effect one’s words and actions have on others. It means teaching empathy. When my son says something hurtful, I point out the impact of his words; “Look at my face, what you said makes Mommy feel sad.” I want my little men to understand that what they do and say impacts others. I’d like them to consider their words before they speak, and to choose words that lift others up rather than bringing them down.

Demonstrate respect for other peoples’ bodies and boundaries. Since the birth of my second son, a common refrain in our house has been “keep your hands to yourself” and “give your brother some space.” While it may look cute to see my boys cuddling together, I also see that at times my baby is not so keen on being mauled by his older brother. Teaching personal space and boundaries now will someday translate to the more adult concept of consent. It is imperative that my boys learn that it is never ok to touch someone else without their explicit permission.

Reign in aggressive behavior. Without getting into all the complex reasons, it’s pretty clear that aggressive behavior is a more inherently male trait than a female one. We observe it in crime statistics, but also on the playground. Boys just tend more toward rough-and-tumble type play. It may also be more tolerated in the male gender, as illustrated by that irritating phrase, “Boys will be boys.” As the mother of a boy who does play aggressively, I refuse to buy into this notion. It may seem repetitive, but every time my son pushes, hits or kicks, I have to intervene, explain why it is wrong to hurt others, and demonstrate the consequences of behaving in an aggressive way.

Respect differences. My son is at that age where he is perfectly comfortable announcing (loudly, to anyone who will listen) everything he observes. If he notices someone who looks different than him, you can be sure he will call attention to it. While this can be awkward, it’s important to move toward these observations. I don’t want to pretend that differences don’t exist, which implicitly suggests that they aren’t ok. I’d like to model to my sons that we can acknowledge and accept differences of all kinds, and to see that as part of what makes our world so vibrant.

They may be white and they may be male, but if I have anything to do with it, my sons will not be entitled. As they grow older and the lessons become more complex, my hope is that I can continue to model to them the behavior I’d like them to exhibit and that our family fosters an environment of openness and acceptance.

Jamie L. Katoff is a licensed Marriage & Family Therapist (MFC 48014) with a private practice in San Francisco. She specializes in working with individuals and couples dealing with relationship issues, life transitions, and loss.

Posted in OH MAMA!
← Rounding Out the 360 Review: Why Knowing Your Strengths MattersYou’ve Got This:  How Your Family Can Embrace Transition with Baby #2 →