Frederick Douglass, in a speech given on Independence Day in 1852, said:

“I am not included within the pale of this glorious anniversary. Your high independence only reveals the immeasurable distance between us. The blessings in which you this day rejoice are not enjoyed in common.” 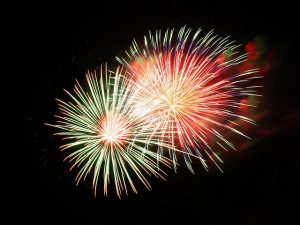 Independence is a great American myth. Frederick Douglass understood that “Independence” for one group often comes at the oppression of another.

Independence is contrary to human nature. Those who insisted on independence in our earliest years of bipedal life died out. The ones who survived were those who relied on each other. Dependence, and interdependence, are in your gene code.

Dr. Patsy Wood, in a recent lecture[1] on the impact of social class on Mental Health, spoke of how the cultural norm that divide middle-class from lower-class people is this idea of needing each other. The poor, she explained, are the most charitable of all class groups, giving 4.3% of their income on average compared to 2% of higher-income groups.

Social psychologists, Dr. Wood went on to explain, have also found that lower class individuals tend to help people more than higher-class people. They are more attuned and able to read people, and even have a greater physiological arousal in response to suffering. As people rise in social and economic classes, they lose this compassion & altruism.

Working and lower-class people understand that independence is a myth.

Therapists often hear people, usually women, worrying about being or becoming too needy. A woman who seeks out psychotherapy has likely been told before that she is too needy— by overburdened parents, by male partners who themselves were socialized to not express emotional dependence, by friends who projected their own sense of shame about their dependency onto her.

She comes to therapy with a few goals, one underlying one being, to be more self-sufficient.

It’s one of those paradoxes that often appear as part of therapy, that she will become more self-sufficient through the process of identifying and expressing her needs to others more clearly and assertively. It’s in asking for what one needs from others that one finds that sense of self-possession and strength.

In one of the hardest weeks of my life, I asked my friends Luke and John to have me over for dinner. I’d never done that to anyone except my parents before. But I knew Luke and John cared about me, they knew I was in the midst of something life-shatteringly difficult, and they were fantastic cooks. The same week, I asked my friend Myra to listen to me while I talked about what was going on in my life. Myra does not cook any better than I do (which is not well), so we went out for pho and I told her everything. She listens well. And then I asked Deborah to meet me for a run in the park, because I knew I needed exercise and I wouldn’t get any without some accountability. Deborah is not the greatest at holding space for difficult feelings, and she also doesn’t cook much, but she’s been my running buddy for a long time.

I asked my friends for the things I knew they could provide well. They felt good to be asked.

This holiday, consider the idea that Independence is a myth. Imagine yourself becoming more needy (unless you honestly do wrestle with not being able to trust yourself with any task without help). Think of what needs you have, and who among your friends and family would be most suited to helping you meet them. Ask. Then, offer what you know how to do well in return.

Happy In(ter)dependence day. May we celebrate our need for each other.