“So, first of all, let me assert my firm belief that the only thing we have to fear is fear itself.”

FDR’s famous line from his first inaugural address used to strike me as a universal truth. He describes fear as “nameless, unreasoning, unjustified terror which paralyzes needed efforts to convert retreat into advance.” I have interpreted this line as a call to be brave, to take on life fully, make  the best of a difficult situation and count one’s blessings while doing so. The encouragement and sense of bravado inherent in FDR’s speech still strikes a strong cord in me. 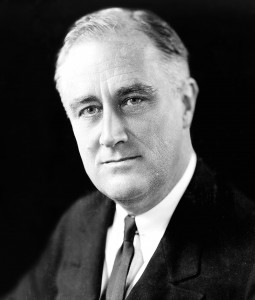 I have sometimes translated the message for myself into “F*** fear,” and while it has fueled my natural rebelliousness, it also paints fear as something that should be eliminated or at least suppressed.

And then I became a therapist and began specializing in treating anxiety and especially Obsessive-Compulsive Disorder. I was drawn to OCD work when I realized during my training that I had begun to struggle with OCD myself as a child but had hidden it from my parents and had never received help. So the cycle of obsessive anxiety-provoking thoughts and anxiety-relieving, but in their own way distressing, compulsions had accompanied me into adulthood. And now FDR’s warning about fear took on a different meaning.

The fear of fear itself is at the heart of OCD’s vicious workings. For most people who live with OCD a rather random, unwanted thought or image pops up over and over again and creates anxiety. “My parents could die!” “I did not turn off the stove and the house will burn down!” “Maybe I’ll push somebody off the BART platform!” “If my hands are not perfectly clean, I’ll get sick and die.”

OCD thoughts come in these and many other strange, violent, sexual, superstitious, moralistic, and random shapes and sizes. Research shows that 90% of people have OCD-like thoughts but only 2% of people develop diagnosable OCD (which is still a significant number of folks). People without OCD are able to acknowledge these thoughts and move on, while people with OCD can’t shake them off and experience anxiety, distress and yes, fear, due to them. The thoughts become the truth, they predict the future, they describe reality. “I have a random thought about strangling my baby, so that must mean I will act on it.” It’s not hard to imagine how this line of internal reasoning can create terror and make life hell for a young parent who suffers from OCD.

Compulsions then are efforts to neutralize these thoughts and relieve the fears they create. “If I check the stove just one (or ten, twenty, etc.) more time, I can be sure the house won’t burn down.” If I stay away from my baby, I can keep him safe.” “If I say a quick prayer, my mom won’t die.” And so the compulsions take on their own life. They are never enough, the obsessions keep popping up, the fear is right back, another compulsion has to happen.

From a learning theory perspective, the compulsions function as a negative reinforcement for the fear.  That means they momentarily take away the anxiety, so the brain gets trained to keep wanting them. Fear in its natural function is a feeling that requires an immediate response. Fight, flight or freeze in the face of danger. A compulsion in OCD teaches the brain that there must have been a danger, otherwise there would not have been a need to react with a compulsion. And so the cycle keeps going.

In this context the idea that fear is something to fear actually becomes problematic. It’s telling us that anxiety is intolerable, it should not be there because we can’t handle it. And that is exactly what OCD is all about.

The most effective treatment approach for OCD (exposure and response prevention, ERP) involves exposures to exactly those feelings the compulsions are supposed to take away. “Experiential avoidance” is at the heart of the OCD cycle. Successful OCD treatment therefore helps a person to experience anxiety, uncertainty, discomfort, distress and to learn that they can tolerate these feelings and move forward through life without engaging in the compulsions. Mindfulness practices help us acknowledge obsessive thoughts without interpreting them as a reflection of a real danger. A beautiful image used in Acceptance and Commitment Therapy (ACT) is that of the self as the sky with thoughts and feelings as events happening in the sky such as fireworks, clouds, planes, balloons, kites, etc. These events don’t fundamentally change the sky and they also pass by.

Mindfulness can also help us learn to refocus when a thought is particularly sticky and distressing. We become able to accept and experience that a thought is just a thought, it is not a reflection of who we are and what will happen in our lives. Then we can develop the psychological flexibility to see it as the temporary, often random mental event it is. Now we can instead engage with a more helpful thought or activity and that, to use FDRs words, can “convert retreat into advance.” We can advance toward our goals in accord with our values.

Anxiety and fear are natural companions when we courageously take on life with our full vitality. We don’t have to be afraid of fear when we know we can tolerate it, and ideally even channel the energy these feelings provide to propel us forward. So instead of “F*** fear,” a new statement of encouragement can be “Dare to be Scared!”

Posted in THE REAL YOU and tagged Anxiety, compulsion, compulsions, fear, obsessions, obsessive, obsessive-compulsive disorder, OCD, roosevelt
← The World Needs You to Follow Your Passion: Interview with Jessica Semaan, Founder of The Passion CompanyInterview with Julian Redwood and the Full Frontal Fatherhood Project →