I grew up with the saying “The head is round so that the thoughts can change direction.” 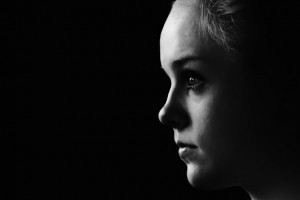 When the debate around legislation permitting physician-assisted suicide in California hit the news lately, I was reminded of this saying when I examined my own thoughts and opinions around this law. As a member of the disability community, I am engulfed in the discussion around its implications for disabled lives. I wrote against proposed assisted suicide laws from a disability activist position when I lived in Europe and they were introduced there. The nightmares Jack Kevorkian and Peter Singer created are still powerful and the concern over a law that could ever be used to suggest from the outside that anybody’s life is unbearable (or less worthy, or too expensive) and should therefore be ended prematurely is well justified by history.

But then I was diagnosed with cancer some years ago. There was a decent chance that treatment could prevent it from spreading. I was also told, though, that with my kind of cancer there was no way to ever be sure it would not recur and then be terminal. Life brought me chronologically and experientially closer to death and I felt the overwhelming anxiety modern medicine can create with their unclear predictions, uncertain outcomes, and the illusion of a necessity to ward off death under all circumstances.  Around the time of my diagnosis, I saw a documentary about physician-assisted suicide in Oregon (“How to Die in Oregon,” 2011, director: Peter D. Richardson) and felt comforted by the possibility that I could choose a time of death when faced with a terminal condition. I actually began to hope that such a law could also come into effect in California.

Where did that leave me and my strongly held belief about the risks of such a law for disabled lives? I felt ambivalence and could feel my mind scrambling to resolve this state. It came up with arguments and counter-arguments for both positions and I could almost physically feel the thoughts spinning and changing directions over and over in the (kind of) round space of my head.

In my work as a therapist, I specialize in treating issues of distressing and impairing anxiety. Becoming able to tolerate uncertainty, to focus on the realities of the here and now instead of potential future dangers or past pain, and to give up the need to control what we cannot really control is at the heart of this work. The kind of ambivalence we experience when we are trying to hold contradictory views and opinions in our mind (it’s also called cognitive dissonance), such as it happened for me with the issue of physician-assisted suicide, creates anxiety because it makes us uncertain. So we try to resolve the dilemma via the mechanism of self-justification. Self-justification is the kind of conversation with ourselves or others that we engage in where we garner all possible arguments for our position and either overlook or diminish contradictory arguments, e.g. when I want to listen to loud music at 5 am and my neighbors complain, I would tell myself they are boring and too sensitive while I am a free spirit and my taste in music is impeccable and should be spread far and wide. We don’t want to feel bad (or even just uncertain) about our behavior, so we justify it. Similarly, we also tend to justify and defend our negative views of ourselves, such as when we hold on to feelings of guilt or the sense that we are “just not good at this,” thereby avoiding whatever “this” may be. (For a great read on the topic, see: Mistakes Were Made (But Not By Me), by Caroll Tavris and Elliot Aronson.)

With regard to physician-assisted suicide, self-justification didn’t work for me anymore because I had good and personal reasons to hold either one of the views. Eventually, I had to accept my ambivalence and the anxiety and uncertainty that came with it. And all of a sudden I felt immense relief and a sense of freedom. It is hard mental work to constantly come up with reasons why one and only one opinion is correct and to attempt to resolve life’s complexities and wrap them up in a neat streamlined opinion.

As a therapist, I get excited when I see the tender sprouts of ambivalence peeking through somebody’s self-justification. When we engage in therapy, we most often are hoping for a change. We want to feel better, less anxious and depressed, want to have a better sense of self, feel more self-worth, less alone, more competent. Ambivalence is the soil for change. With regard to my views on physician-assisted suicide, I could feel my formerly hardened position shift and open itself up. This allowed me to align not only with opponents but also proponents of the law and truly empathize with each of their valid concerns. It also allowed me to develop a more complex perspective. This helps me now to support disability advocates who call for great caution and a highly vigilant stance  toward possible abuse of the law as well as people who wish for more self-determination in the face of death.