I learned about the Pulse massacre in Orlando slowly. I admit, the words “shooting in a nightclub in Orlando” didn’t sound, at first pass, like anything other than another depressing tidbit in the news. It took me a few days to understand the depth and horror of the event. As the details trickled into my understanding, the faces of my LGBTQ friends, colleagues, and clients popped into my mind, and I wondered how they were taking the news. I nearly picked up the phone to call a few of them on that Monday, but didn’t want to imply to any one individual that they “should” be upset or affected by the event, simply by their status as an LGBTQ person. I froze. I am a person who feels deeply but muses privately, and I kept my feelings to myself. 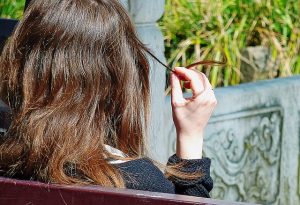 I learned in the next few days and weeks the hurt that the overwhelming silence of the straight world as a whole inflicted on queer folks who were mourning. The LGBTQ people in my world shared with me that they felt abandoned, ignored, left alone to suffer along with their brothers and sisters in Orlando. I didn’t pull Omar Mateen’s trigger, but I undeniably caused some of their pain through my silence.

When the news broke about Alton Sterling and Philando Castile’s killings this month, I realized that the same silence was no longer an acceptable option. I wanted to let people know that I was affected by the event and committed to making some kind of change. I don’t know what gun control policies would be most effective. I don’t have a perfect solution to dismantling White supremacy and I most certainly don’t have the perfect thing to write in a card when yet another human being is slaughtered execution-style by people we’ve commissioned to keep us “safe.” I probably never will have those answers, but want to show up in my vulnerability and willingness. The only thing I know for sure is that communication, no matter how flawed, is the only way healing can happen. I decided not to be silent.

As a White therapist, my deafening silence could easily permeate the therapy hour. Without my speaking up, my clients who are People of Color could assume that their grief and rage is not part of this therapy, something to be taken elsewhere. And my White clients might assume that the thoughts and feelings they have are, like I once thought, best kept to themselves.

I sometimes think of the things I said when I was less educated and aware of my ingrained racism and privilege, and I cringe. I even think of the things I am writing and saying now, and will say in the future, and realize they will likely make me cringe even more as my understanding develops. But saying those things out loud, and having compassionate people listen, challenge me, and let me grow at my own pace were crucial to my growing past them. More importantly, when I speak up, I get a chance to listen to others. The people I care about who are deeply affected by violence enacted on their group, whether a group based on ethnic, queer, or another identity, can only know that I am willing to walk with them if I let them know.

If we are silent, we never get the chance to grow or change. We stay “safe”- from criticism, overstepping, or sticking our noses where they don’t belong. In the meantime, our targeted friends and neighbors grieve and live in fear for their lives. I am done keeping my mouth shut. I don’t have to know what to do to make it right. I only need to be willing to speak rather than stay silent. This opens the chance for me to listen, to grieve, and to feel with others.

Abby Thompson is a psychotherapist intern practicing in San Francisco and Oakland. She helps clients learn to live more vibrantly and intuitively and specializes in body image, anxiety, and relationships concerns.

Posted in RELATING and tagged ally, homophobia, racism
← Coming into Focus: Living in a World of ColorSocial Media Self-Care: Setting Boundaries on Facebook →