If you mention the forefather of psychoanalysis, Sigmund Freud, many people think about psychoanalysis. They might envision a patient lying on a dingy couch, staring at the ceiling as Freud sits in his old leather rocker and analyzes the patient’s id, ego and superego. 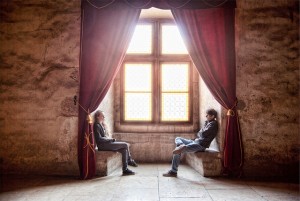 “I don’t want to revert to my childhood,” many people tell me when they come to see me for the first time. “I’m not into any Freud type of therapy!” they declare.

Unfortunately, psychoanalysis receives a bad rap- one wrought with misinformation and misunderstanding. Even though it’s a traditional, depth-oriented and empirically validated treatment for many mental health concerns, it’s been pushed out of our consciousness by briefer, scientifically supported therapies like Cognitive-Behavioral and Solution-Focused work–both sound treatments that insurance companies commonly endorse because of the time-limited nature of these models.

For many years, CBT was favored over psychoanalysis, but earlier this year, journalist, Oliver Burkeman, wrote an essay in The Guardian, challenging the belief that CBT trumps analysis. He cited scientific research that supports his thesis. In this study, the researchers concluded that over time, psychoanalysis is far more effective than briefer doses of CBT.

As a psychodynamic psychologist, I believe we need to stop comparing these two very different therapies to each other. The goals of these treatments are vastly different, and each attracts a different sort of person.

It’s been my experience that all people enter therapy because they are suffering. Some patients want to explore and understand the causes of their emotional pain. They are curious about themselves and ready to begin a psychological investigation of the self—one that happens over time.

Yet other patients come seeking refuge and simply want support. They view the therapy office as the one place where they can power down their technological devices for fifty minutes each week and sit in the presence of someone who will listen to them without interruption. These patients may not enter treatment with the goal of making more contact with themselves, but they enter therapy because they need to make contact with someone.

I view their questions and fantasies about how therapy works as an opportunity to explain the ways in which depth-oriented treatment may enliven some new parts of ourselves that we weren’t previously aware of, which can help us weave together our personal narratives in more meaningful ways.

My explanation does not always ‘sell’ people on a more depth-oriented treatment. Some people are hungry for immediate psychological tools that can lessen their emotional pain and they are not interested in learning about the origins of their heartache.

In these instances, I meet my patients where they are at in the hopes I can build the one thing that researchers know sustains a strong therapeutic union over time: the relationship. For anyone who’s considering beginning therapy, focus on the therapeutic relationship instead of getting mired down in deciphering which sort of treatment is “best.”

You might begin by keeping these questions in mind:

Safety, trust, and open communication are the building blocks of any successful relationship and therapy is no exception. A colleague once told me that “Therapeutic relationships are a lot like love relationships, because it’s all about the match.”

During my ten years in private practice, I’ve certainly seen patients whom I’ve referred to other therapists because we decided that I was not the best match for them. I’ve also seen many people who came to therapy and believed that their emotional suffering would lessen in just a handful of meetings, but were pleasantly surprised to learn that therapy is a journey and a process. Years, even decades later, they still come weekly, filling the fifty-minute session with old and new emotional themes that they want to explore. For these patients, psychodynamic therapy is something that they ‘grew’ into after they discovered the psychological benefits that this longer-term treatment offers.

One of my patients compared therapy to the Adele song, Rolling in the Deep, because of the profound ways that treatment opened her up to feelings, associations and meanings that she’d never previously imagined. While therapy did not answer the questions she had when she began to see me (such as ‘why’ her family members behave in certain ways), it did allow her to discover unknown questions that she held about herself and the way she interacts in the world.

“I’ve learned that questions are just as important as answers,” she told me.

I think this quote beautifully summarizes one of the benefits of ongoing therapy. I encourage everyone to find a therapist who feels like a good match for them so that they can settle into a treatment that they can truly benefit from.

Dr. Juli Fraga is a psychologist in San Francisco where she specializes in women's health concerns. She also co-facilitaes a postpartum support group for new mothers at UCSF. Her essays have appeared in the Golden Gate Mothers Group magazine, The Huffington Post, Psychology Today and Mamalode.

Posted in RELATING and tagged choosing a therapist, Psychoanalysis, Psychotherapy
← Just as You are: Acceptance as the First Step Towards Change.Everyone Has A Donald Trump Living Inside of Them →