“I feel that Black Lives Matter makes an error in judgment when they….”

These are almost always white people, almost entirely male. They represent a common psychic defense: Intellectualization (or, a similar one, isolation of affect). 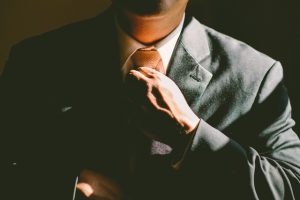 We use psychic defenses when we’re hurt or scared. Intellectualization does not mean we’re smart. It means that, instead of the terrifying act of listening deeply to another’s pain or fear, we try to think and talk our way out of it. We isolate emotions (“affect”) from intellect, only drawing on the latter. It’s safe and rational and deeply embedded in our American culture.

If we’re in the (possibly lifelong) habit of intellectualizing, we begin to believe that other people are getting a little too riled up. Then we’re surprised when people whose bodies and lives are at stake are annoyed with us.

Generally, you can only intellectualize when your body and life are safe. So it makes sense that people who are white, male, heterosexual, or able-bodied, are quickest to adopt intellectualization, while those who are brown and black, non-male, queer or who have a disability are so clearly angry, sad, and scared.

As a white female, I was raised with this idea that if you want to be heard, you have to be emotionless. It’s infused in our culture, that the rational, emotion-free argument is the best type of argument. The qualities of detached rationality are generally attributed to white men, and so white men are unconsciously taught to believe themselves to be fair and unbiased arbiters of all situations. Which is how you get seven white men signing away the healthcare rights of women around the world.

I tried. Throughout my adolescence and young adult years, I read books about logical fallacies. I ignored my racing heart, my constricting throat and the prickle of tears. I tried to talk dispassionately about things I in fact cared deeply about, often things that impacted my own safety or autonomy as a young woman.

Then I became both a therapist and a feminist, at the same time.

And I stopped trying to hold back my bodily and emotional responses. I got called a bitch and accused of PMS-ing and laughed at and mocked–but I also found my people. I found whole humans who knew that we cannot bring ourselves to any conversation without bringing our bodies and real emotions.

Now, more than ever, we need to shed the habit of intellectualizing. To stop playing devil’s advocate and instead listen to pain: to tell each other what we’re most worried about rather than analyzing the Trump administration’s latest attack on another group.. We must do this for the sake of those who can’t afford the luxury of not feeling fear and pain. This doesn’t mean we shouldn’t think and plan and strategize, but we can’t do those things effectively if we’re too disconnected from our pain and fear and justified anger.

And white men, we really need you. Your whole selves, not just your brains. Therapy work with straight white men almost always involves pushing gently past intellectualization and into the body. “It sounds like you were feeling angry,” I say, knowing that probably the core feeling was fear, but understanding that it takes a lot of emotional work for some men to learn to attune to that emotion. “What’s happening in your body right now?” I ask. Maybe if we can drill down, from anger to uncertainty to apprehension to fear, then I can help this man find his humanity, and he can join the good fight.

It’s not just about using emotional vocabulary, although that’s part of it. Prolific psychoanalyst and writer Nancy McWilliams describes how people can even intellectualize their emotional experiences. She writes, “one who intellectualizes talks about feelings in a way that strikes the listener as emotionless.” You can tell when you’re intellectualizing less, because you’ll be feeling more, whether or not you put words to it. Your body will feel full of sadness, joy, fear, and wonder. Your breath will quicken, or deepen, your eyes will fill with tears often before you even know why.
As with the shedding of any form of defensiveness, it comes with pain. But you will also feel more alive. You will discover that walking around in your body and not just your brain is a relief. And those whose actual lives are at stake will be glad to have the whole you on board.

Posted in RELATING and tagged Acceptance, Authenticity, defenses, Depression, Emotional Health, intellectualization, Psychotherapy, Relationships, Trauma, Vulnerability
← From the Front Lines: Fighting Back at WPATHPsychotherapy Insurance Panels: The Good and Bad of Being In-Network →