I was sitting with a client who was describing being at a party full of close friends, people she’s known for years and is comfortable with, when she, out of the blue, began feeling anxious.  There was nothing that happened in the interactions;  the same sharing of recent events was going on as before the burst of anxiety.  She was baffled at what was triggering the anxiety, and kept looking to the happenings around her and couldn’t find what was activating her.  Which, of course, led her to feel more anxious.  (Anxiety signals a danger, and marshals the “locate danger” circuitry, and when that danger can’t be found, prompts or reinforces the anxiety.)

As we looked into what was happening, together trying to sort out what spooked her, we saw that the arising of anxiety correlated to that point where the daylight had faded enough that the host turned on the lights.  Focusing in on this, she had an association to when she was a young teen, and was at a family party where, after everyone getting along all afternoon, a vicious physical fight broke out between two uncles (who had been drinking, as her friends at this party were also drinking) at this same point, at dusk, which resulted one uncle going to the hospital and the family shocked and shaky.

Our nervous systems do not track only what our attention is on in a moment, or is only limited by our conscious “meaning making system.”  She knew at a conscious level that this was not a dangerous event, was so sure of that that she didn’t even think of there being a possibility of a problem.  To her conscious perspective, she was enjoying the social engagements, laughing, playful.  She was identifying the party as utterly safe, without reflection.

However, other parts of her were still scanning, in an automatic, background way.  Then a set of circumstances came together—alcohol, loved ones in a party setting, and that visual cue, the shifting light at dusk—that matched the traumatic memory.  That part of her, like a guard hearing a snapping twig, became immediately alert.  “Hey!  I recognize something that has hurt us before!  Possible danger!  Alert!  Pay attention!”  But to her conscious mind, not aware of the trigger, the mapping of the present onto a past event that is stored in the “beware” file, the flush of anxiety was inexplicable.

So:  our conscious sense of a situation, or our left brain interpretation of present events, are not the only or definitive ways in which our nervous system is making sense of the present.  If we are feeling anxiety, then by definition some part of us is feeling unsafe.  Ideally, we’ll accept that, and then, rather than invalidating ourselves—“There’s no need for anxiety here!”—be curious about which part of us is activated.  This, then, gives us the possibility of directly addressing the fear.

For my client, just realizing that an old trauma was being triggered helped her parse out the present from the past, and feel safer, knowing now what had actually happened.

So, here’s is another example of this “dual processing” quality of the nervous system, that might help as a way of reminding yourself that more is happening than you think, when there’s a flush of anxiety:

Imagine you’re looking out a set of French doors (which are segmented into window panels) onto a beautiful garden, quiet, alive, peaceful.  It’s just flowers and bees (you’re not allergic).  Then you feel anxiety starting to arise.  You look through the glass, trying to find what your system is alerted to, what might be dangerous.  But there’s nothing out there that is being registered as dangerous, nothing you focus on that increases the anxiety (and nothing in the room you’re looking out from).  Then you bring your attention to that which you’re looking through, at the door frame itself, and feel a zing of activation.  What has gotten your “danger locator” self going is the pattern of the doors themselves.  For whatever reason from your past, you find yourself reacting to the pattern that is framing the garden scene, rather than the scene itself.  It doesn’t make logical sense, but it doesn’t have to because we can react to embedded patterns through which we see the content of our experience, equally as much the content itself. 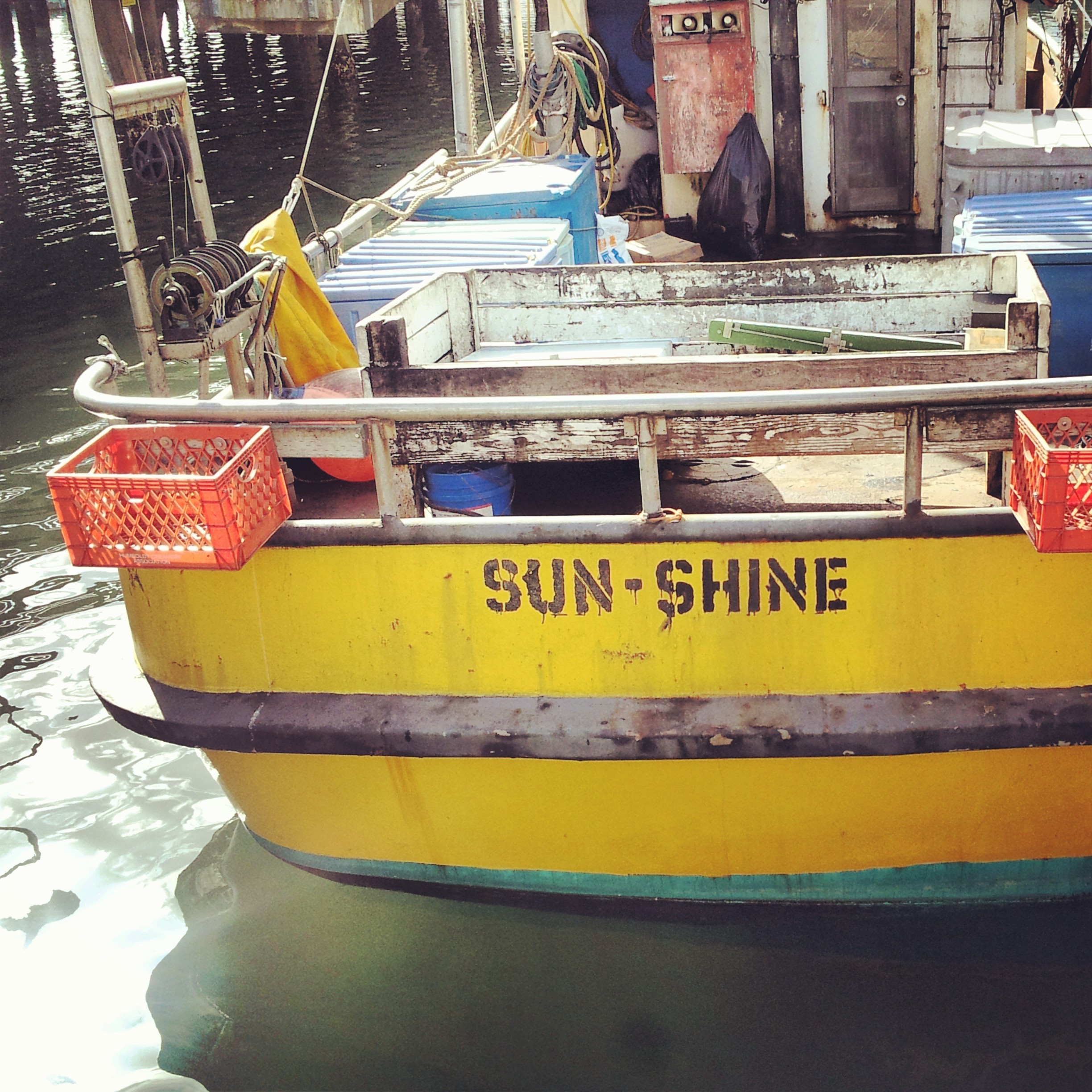 Or, here’s a currently relevant situation.  In San Francisco, it’s has basically not rained at all this winter (prompting the State to declare an official emergency).  The days have been warm and utterly sunny, and people keep joking about the beautiful summer weather.  But almost everyone is making these jokes with a bit of anxiety, thinking if not saying that they’re worried about global warming, and the effects (especially on a strongly agricultural state like California).  But when they or I am actually experiencing the day itself, it’s pretty glorious.  The anxiety is not coming from direct experience itself, but from the frame of interpretation, the frame of meaning I and we are giving to the unseasonable weather.  The anxiety is about the “non-visible” frame we are “looking through,” not that which we are focused on.  (What’s in our peripheral vision affects us.)

We do this all the time:  the “thing itself” is not a problem, but the frame (of interpretation and association) changes it into something that we feel as potentially threatening, and then sends up an alarm in the form of anxiety.  Recognizing that this is ubiquitous to how we work as humans allows us not to insist so hard on “rationality,” to accept the “non-rational” elements of our brains and minds, and then respond appropriately, rather with an uneasy bafflement.

Posted in THE REAL YOU
← Psychoanalysis: An Adventure in Love“Her” – A Couples Therapist at the Movies →