It happened and women like me, white women, made it happen.

Within my liberal bubble, I keep using the phrase “I don’t understand.” I don’t understand how more than half of the white women in this country could have cast their vote for someone who makes the world less safe for us.

But, as a psychotherapist, I do understand it. 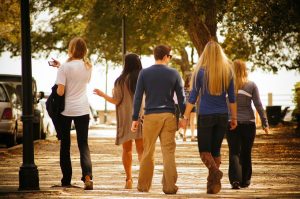 I believe that the 53% of white woman who cast their vote for Trump did so, in part, out of both internalized oppression and internalized dominance.

Psychology tells us that what we experience, we make a part of ourselves, sometimes consciously and often unconsciously. White women have experienced the oppression and violence done to our gender, as well as the privilege and dominance we have been handed in accordance with our race. So our unconscious holds the sexism done against us and the racism done by us.

White women are women. They have all heard Trump’s bragging about his sexually assaulting women, and the multiple women who came forward to speak of his attacks against them.

Many of us white women have men in our lives who believe that is normal male behavior, who either laughed along or shrugged.

Out of a lack of support by men, and maybe other women, white women may have told themselves that Trump was kidding, this is just how men talk, this won’t have anything to do with a President Trump’s legislative action against our own bodies.

All of this rationalizing and compartmentalizing springs from internalized misogyny (or internalized sexism). Girls who grow up in a world where violence against them is accepted, where they are told not to expect boys to manage their own behavior, learn to adapt by believing themselves (unconsciously) to be deserving of violence, in both words and action. Often, they survive by finding “strong men” who will “protect” them, rather than demanding the men around them to stop laughing and shrugging and putting up with their bros acting like horrible humans.

While there were legitimate concerns to be about her policies and past mistakes, at our core, some of us  believe ourselves not as competent or strong as men, and our unconscious self-doubt gets projected onto female leaders. Women who rise in leadership ranks have done much work in understanding their own unconscious; It is the only way a woman can rise in leadership.

White women are also white. This means that another piece of our unconscious is our belief in our superiority over brown and black people.

This is called internalized dominance.

We are not consciously racist, but we benefit from continued white supremacy by uncritically accepting our relative safety and our ability to shape our own future.

We decide to believe racism is the occasional one-off act of violence, which we decry, not acknowledging that our daily decisions of where to live, what to buy, and whose voices we share with our white communities are all ways we participate in racism.

We believe, unconsciously, that our own comfort is more important than the safety of people of color. This is evident in the fact that most of us choose to live in all-white neighborhoods and cities.

Words don’t matter that much.

Surely the acts of violence against Black, Brown and Muslim people that have already started to spring around the country are not things we have explicitly condoned through our voting.

When we white women hear People of Color speak of their racist experiences and we are shocked but forget about it the next day, we are acting out of our own internalized dominance. Even the most liberal among us who are shocked and horrified that Trump was elected (I raise my hand here) are shocked because, for years, we’ve chosen not to fully be aware of the racist reality among us.

Joy DeGruy, who wrote Post Traumatic Slave Syndrome, says that white people’s part in the racist system is denial and numbness. These defenses are how we survived, and continue to survive the horror of slavery and its after-effects. We could not believe ourselves decent people if we were fully aware, at every moment, of the ways our actions harm Black and Brown people (yes, my actions and yours, today, in 2016).

Of course, all of this is unconscious, and not the full story. There are conscious reasons for the white female Trump vote, and they are valid (economic concerns and philosophies around abortion, a feeling of being left behind).

Every women who voted had a complex web of conscious and unconscious reasons for her decisions, and I do not want to paint white women into caricatures. But, whenever there is a disparity between our actions and ourselves (as with voting for a man who embodies violence against our own gender and our intended anti-racist values), it is worth asking what unconscious forces are at play. And, it’s worth taking a look at our internalized misogyny and dominance, so we can live, act, and vote as whole, integrated people.