This has been the most rancid election cycle I’ve ever experienced, and although I generally have a good working filtration system for mental toxins, this year has hit me a bit like a sudden surge of sewage into the treatment plant. I’ve had to be more proactive in my “detox systems” to allow me to not just crawl in a hole and pull the dirt over me, nor become so overwhelmed by the toxic sludge that I can’t function, either way risking depression. 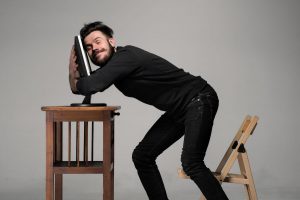 So here are ten possible anti-depressants. While they are generically useful when it comes to depression, they strike me as particularly useful during this amazing year. As ever with a list like this, you want to try them like you’d throw spaghetti at a wall: if it sticks, great, it’s cooked and will be digestible. If it falls on the floor, leave it for the dog and move on to another one till you find one(s) that work for your particular self. Here we go.

Even with the intensity of this particular election, if we commit to taking care of ourselves, it’s possible for us to get through with our humanity in tact, and without being flooded by despair.

Posted in CULTURE
← How do White Female Therapists Address Racism?Voices →