I was 18 years old, finishing my first trimester in college. I’d been up late the night before, preparing for finals. The phone interrupted my sleep at 8:00 on a Tuesday morning.

“Hello?” I croakily whispered into the phone, trying not to wake my roommate. She was sleeping with a pillow over her head on the other side of the room.

It was my dad. He rarely called me at school, and he NEVER called at that time. Long-distance calls were expensive. Something was amiss.

“What? What happened?” I asked. The room was spinning.

During high school, I’d spent a lot of time with Jacob.  He was the best friend of my high school boyfriend, and his family lived up the street. We had fun together in our larger group of friends. We watched movies and went for drives. He briefly dated my older sister.

Jacob’s funeral was different than others I had attended. Those present sobbed profusely.  Instead of the tearful acceptance I had seen before, Jacob’s mourners showed unrest, guilt, shock, confusion and anger. I felt like I should have known about Jacob’s pain.

Since then, many of us have continued to ask, “Why?” 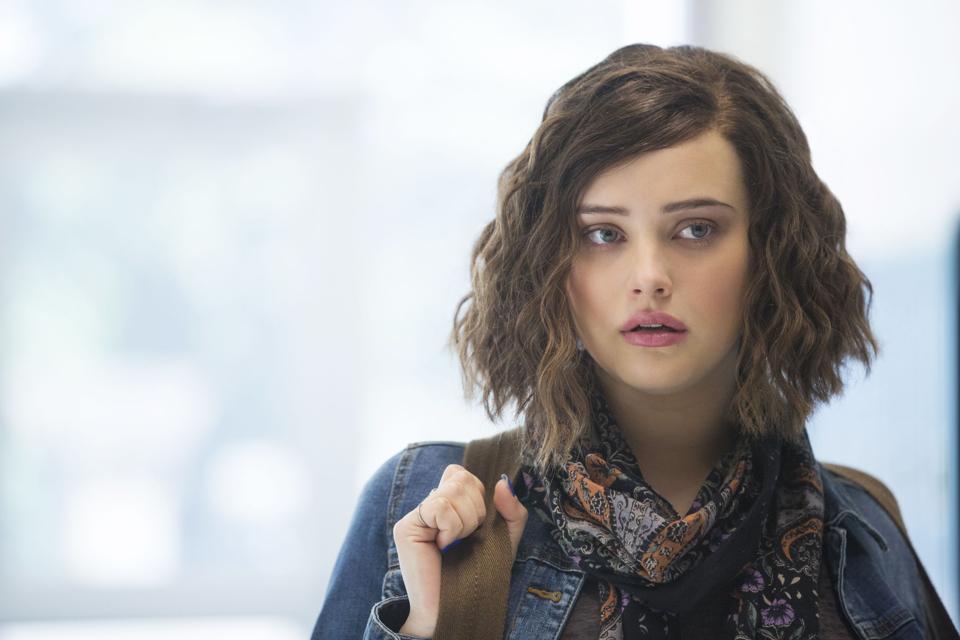 Fast Forward to today. 13 Reasons Why, a Netflix series centered around a suicide theme, is reminding me of those old feelings. It’s generating a lot of media buzz. Some parents encourage their tweens and teens to watch it, to help educate them about mental health and depression. That’s good, right?

The main character, Hannah, takes her own life, and the series goes on to follow the lives of the people who knew her, those who long for answers. Yet the show’s downfall is insidious and potentially dangerous to our youth. 13 Reasons Why glorifies suicide.

The series does do a good job drawing attention to the conversation around trauma and bullying, but it romanticizes suicide into a means for closure. Hannah’s suicide appears noble, as if, through taking her own life, she taught the people around her a valuable lesson and vindicated herself in the process.

The only mental health provider we witness is the school counselor, who is incompetent with Hannah, parents, other students, and school staff.  If viewers imagine themselves into the world of 13 Reasons Why as youth often do in series that dramatize the adolescent narrative, they will internalize a problematic roadmap around mental health. 13 Reasons Why will reinforce an already iffy path to seeking help from parents, therapists, physicians and other providers.

We must evaluate the messages our kids internalize in popular culture.

Let’s consider the facts.  Child and adolescent suicide is on the rise. It’s the second leading cause of death in the United States for persons aged 15 to 19 years, according to a 2016 clinical report by the American Academy of Pediatrics. The highest increase is among tween girls between the ages of 10 and 14. The National Institute of Mental Health estimates that 20 percent of children will develop a mental health disorder in their lifetime, affecting 17.1 million children in the United States alone.

In sensationalizing suicide, 13 Reasons Why exploits real-life survivors. It betrays children and teens who struggle with depression and trauma. If taken literally, they might imagine there is no reasonable support, no hope. They could be discouraged from seeking mental health services.

For those of us who work with young people, the show appears to derail the process of seeking and receiving mental health care. While we’ve seen mental health care increasingly normalized in popular culture, 13 Reasons does the opposite. We witness Hannah’s many untreated symptoms of depression—sadness, hopelessness, social withdrawal, loss of interest in previously enjoyed activities, and thoughts of suicide. We observe her trauma and PTSD.

Suicide is often pursued not because an individual wants to die, but because they want their pain to end. Victims want to reestablish a sense of power and control, a rescue line to an easier world. Many teen viewers will be drawn into the series because they’ve also experienced pain and bullying like we see in the trajectory of Hannah’s character.

By making Hannah’s suicide appear effective at vindication, the teen viewer may believe that taking their own life is a good way out.

But nothing could be further from the truth. In the real world, Hannah’s death would bring incredible, lasting trauma to those around her. Hannah did not live to know peace, and her death rights no wrongs.

Teens need to see persistence in their television peers. They need characters who demand someone take them seriously so they can see what effective treatment looks like. 13 Reasons Why fails to provide a mental health roadmap.

I’m not suggesting we spoon feed adolescents and give them all the answers. But we can use these narratives help to guide our youth to empowering outcomes. 13 Reasons could have reinforced a constructive path by showing us what receiving adequate support looks like.

If you know a child who struggles with mental illness, remind her how much she means to everyone around her. Show her you are committed to her recovery. Help her find high-quality mental health care and stay involved. If you’re her caregiver, go with her to appointments and talk to her providers if she desires. Involve the school in helping your child feel heard, supported and cared for.
If these lessons are widely disseminated—that helpful treatment exists and should be sought—we will ask the question “why?” much less often.

Dr. Anderson is a Board Certified Clinical Child Psychologist. She also owns Hope Springs Behavioral Consultants. She holds a Ph.D. in Clinical Psychology and completed APA Accredited internship and postdoctoral training in Clinical Child and Pediatric Psychology. She prides herself as a life-long student, and tries to learn something new every day. Psychologist in Iowa 0991

Posted in THE SH&T HAS HIT THE FAN and tagged 13 reasons why, depression treatment, mental health, teen suicide
← The Small, Vital, Necessity of Using Your BlinkersWhy I Won’t Work with Poly Relationships →