While driving the mean streets of the San Francisco Bay Area, I’ve taken to religiously, nay, even aggressively, using my turn signal; and when I see another driver doing the same, find myself at times crying out, “You, Sir or Madam, are a good human!” 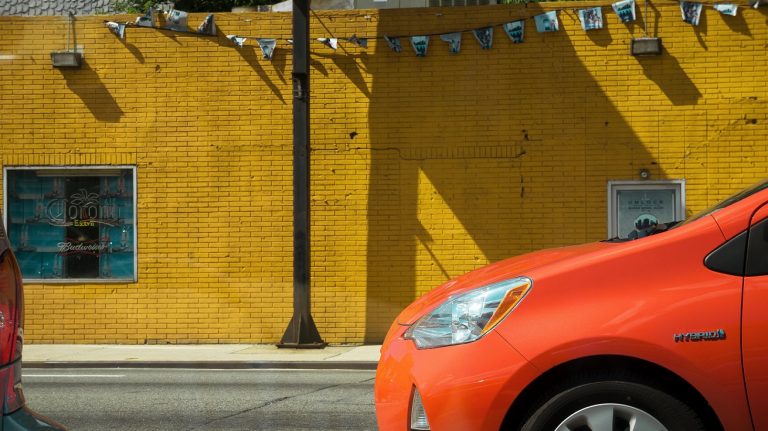 A friend of mine once said that society is kept together by the willingness to queue up. Even in India, where the queue is more of a loose mass than a line, there are still tacit agreements about how resources (like getting your train ticket at the station) are parceled out. And there are probably a thousand more such ways that, at the day-to-day level, we both literally and symbolically affirm our existence as a “we”, as a society, communicating to each other recognition, affinity, and respect.

To some degree these behaviors are enforced. The legal system is a set of agreements that are binding on members of the society, and carry penalties for not hewing to. But the legal system is not at all strong enough to keep a society together—the little things, like using your blinkers on the road, count, because they are the ubiquitous background hum of social interaction.

It’s axiomatic at this point that the U.S. is deeply polarized, but it still felt remarkably sudden that that hum in the Bay Area got much screechier after the start of the 2016 election period. Seemingly out of the blue, driving got worse: blinkers seemed to become more a suggestion than a requirement; a certain base incivility and aggressiveness seemed to bloom; and U-turns in the middle of intersections, even in front of other waiting cars, became a norm. (This happened in front of us the other day in San Francisco, and when I made the, “What the hell, man?” gesture, I got back an entitled hand motion of “Chill out,” as if the problem was my impatience, not his behavior. In the proper, pro-social call-and-response, this interaction should have been resolved with a society-restoring, “Sorry, my bad.”)

So, maybe this is what happens in late-stage capitalism? That this is a kind of inevitable expression of social divisions and economic panic, at the micro level of driving behavior? A kind of survival panic, as the shit hits the fan around environmental degradation, international terrorism, economic disparity, or political flailing? Are we communicating to each other a disregard based in fear and threat, a dismissal of affiliation because we are feeling that there is not enough to go around?

Perhaps, but even with that said, I don’t feel despair. Stress fragments the collective “we”, but our human need for affinity is so deep that it always reconstitutes; and history seems to be an arrow of both ruptures, followed by reconstitutions that are more and more inclusive and expansive.

When clients feel the emotional impact of current times, I’ll often try to help them balance out by pointing out how pervasively people act in a garden-variety pro-social way (like asking, “When is the last time someone punched you in the head?”). The fact is that if you were to compare the number of daily socially-supportive behaviors to the number of daily criminal transgressions, then statistically there would be essentially no crime.

The small gestures count. They communicate our beliefs about society and our place in it, and more so, how we see our relationship to the group. They have impact, regardless of whether we consciously register that impact, in the same way walking along a street with trash lying about feels different than walking along one that is clean. We may want to tell ourselves, in the rush and suppressed panic of modern life, that such things as indicating your next driving choice to your fellow humans is meaningless, but I’d contend it’s not. These small choices—and they are, ultimately, choices—are meaningful, impactful, inspiring, and necessary for the whole crazy machinery to work.

Posted in CULTURE, THE SH&T HAS HIT THE FAN and tagged driving behavior, economic panic, polarization, Politics, social divisions, survival panic, US Polarization
← What if Losing the Baby Weight is Not the Answer?The Dangerous Failure of 13 Reasons Why →