The fleeting look of disappointment on B’s face told me everything I needed to know. “It’s okay. You have a lot of clients,” she said quickly, minimizing my error and implying that her story was not worthy of remembering.

B had trusted me, taken risks with me, and I let her down. Now she could conclude that going to others for help was in fact not helpful, but would be only hurtful, which she had also unfortunately learned over and over growing up. Therapy was over.

What B didn’t know, and what she wouldn’t let me tell her though honestly, I tried, is that despite the meaning she assigned my lapse, she is most definitely not forgettable. That is what hurts me to this day, that she left therapy believing she had had no impact on me. 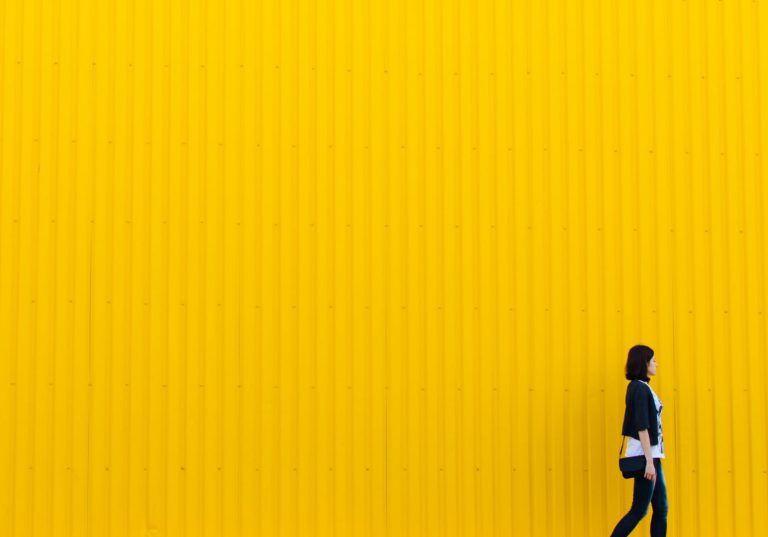 B had begun to trust me. She felt “felt” by me, and was experiencing safety in a relationship for one of the first times because I grokked what was important: that abuse happened during childhood, that no solace was provided by any of the adults in her life and in fact, they were the perpetrators. That left B feeling ashamed, betrayed, alone. She became utterly self-reliant.

In therapy with me, B was allowing herself to lean into the support I offered. She began to consider new ways of thinking about herself, finding comfort and strength in our alliance. She started to risk being vulnerable with me when that had never worked for her in the past, boyfriends often pulling the rug out from under her just as she began to trust them.

When she told me at our fifth session that she had been telling her friends how much she loved me, I felt a tightening in my belly. “Wow! That’s nice to hear,” I said. “And also, it’s okay with me if you ever feel not-so-loving of me. We can talk about it.”

I knew trust was an area where I needed to be cautious with B. I knew any miss would likely remind her of the harmful and unreliable adults in her life growing up, the crummy boyfriends, the friends who left her in the lurch.

But I was having an off day and I forgot a detail from our discussion the previous week.

When it became clear to her that I had forgotten, B tried to reassure me too quickly, not missing a beat in her story. But I knew this could be a lasting wound, and I already regretted it.

It just so happened that the previous week had been the most transformative, important session for B so far. Though it was a small detail contained in a much larger story that I had, in fact, remembered, and was still feeling the impact of myself, B felt like I had forgotten her.

Even though she was clearly hurt, B tried to push away the pain that this mistaken belief about me caused her, leaving little room for me to make things right with her. Though I tried, she had already resolved it in her mind. So long trustworthy, reliable attachment figure. Hello betrayer.

Your Therapist’s Mistake, Your Opportunity to Grow

Despite our efforts to prepare ourselves academically, attune relationally, and to empathize and predict, therapists are bound to make mistakes. Actually, this is a beautiful part of therapeutic work. When a therapist screws up, it almost always evokes past hurts for our clients. The experience can be painful, destabilizing, and difficult to tolerate. But unlike past relationships where we might not have experienced a safe resolution, the therapeutic relationship offers new avenues of hope.

If up until this point the bond between client and therapist has felt good enough and safe enough, then it is most certainly not the time to quit therapy. It is time to dive in.

Looking through a psychoanalytic lens, this thing that happened between B and me is an enactment of her past relational wounding: she risked relying on me, I screwed up and she consequently experienced me as untrustworthy. Enactments are simply unavoidable in psychotherapy, and they are no one’s fault. In fact, they need to happen.

Whenever a client enters a relationship with a psychotherapist, their core relational wounding is certain to be stirred up because this is where the healing work needs to go. Like an old aching sprain, a relational injury becomes entrenched and keeps hurting until it receives the care and attention it needs.

Therapists and clients are helpless to avoid falling into enactments since they usually pop up in such small, unpredictable interactions. The best we can do is to recognize them when they happen and approach processing them with gentle curiosity.

But therapeutic ruptures often occur after sessions that feel transformational—sessions like the one B had the week prior to ours.

Sometimes these “best ever sessions” can become overwhelming to the unconscious, causing clients to seek recalibration: “Last week we were in an uncharted relational territory, and this week I’d like to go back to something more familiar.” This becomes fertile ground for a rupture, just when we least expect it. They arise almost as warnings for the depth that can follow.

Don’t Quit Therapy, Tell Your Therapist She Hurt You

Feeling angry, hurt or annoyed by a therapist you’ve felt safe with thus far is often a sign that the next phase of treatment is beginning. It is likely that you have established enough safety in therapy by now that your unconscious is willing to risk discord, and is ready to experiment with new ways of being in conflict, this time in connection with someone who feels different, safer than you’ve experienced in past relationships.

When there’s a rupture in therapy like B and I had, the effort spent to reconnect, to attend to the hurt and find mutual understanding—the repair—actually creates emotional flexibility and resilience that is refreshingly unfamiliar to many clients.

It is like balm to those old relational injuries: on one hand soothing, and on the other, liberating.

When your therapist eventually screws up, as therapists always do, don’t take it as a sign to run. Instead, take it to the next level. Relying on old solutions is tempting when your therapist messes up. You may want to quit, you may shut down or lash out. But if you’ve had positive experiences with your therapist so far, if you’ve felt like she got you, then stay. Try something new this time and tell her about your feelings. Working through a rupture all the way to the repair is where the real transformation happens.

What Your Therapist Wants You to Know

Therapeutic relationships are real relationships, and when clients leave without a conscious process around it, we feel it. It may have felt to B like I didn’t care, when in fact I cared very much. I just made a mistake. Unfortunately, our attachment was still a tiny sapling compared to the strong oak I’d envisioned for us as the work went on, and it couldn’t sustain the shock of my forgetting.

If we had had the opportunity to bring conscious awareness to the enactment, B might have had a different experience than the old familiar pulling-the-rug-out. If I could do that session with B over again I would tell her this cycle of rupture and repair is an essential part of the work of therapy, and that whatever she felt was okay; that anger and disappointment made sense given my screw-up, and in the larger scheme of our work together.

I’d want her to know it was time to risk processing the hurt I caused her so we could work through the feelings she had been abandoned in before. Mostly, I would want her to experience someone actually taking responsibility for hurting her. It still pains me that we didn’t get there.

If you feel let down by your therapist, take the plunge and let them know. Otherwise, you risk repeating your same old patterns, whatever they may be.

Posted in RELATING and tagged break up, conflict, enactments, quit therapy, truth
← Addicted to Stuff: Helping Kids Learn to Let GoHow to Listen to Yourself During Stressful Times →