What does forgiveness really mean?  It comes up in therapy a lot but the concept is so unclear for many of us. I have devoted hours pondering the meaning of this elusive concept. Forgiveness describes a conscious act on the part of the person forgiving and a human gift received by the person who is in need of forgiveness. And forgiveness is a close partner to intensely painful feelings and memories of things that have happened in the past.  In truth “to forgive is not to forget” so how does transformation of the past pain and damaged relationship happen?

I recently read a story about two friends, Barb and Nora.   Barb lamented how she “had never been forgiven” by her former best friend, Nora, for having an affair with Nora’s boyfriend, Tom. When it all happened, Barb had been in her early twenties and had been friends with Nora for four years. Nora and Tom were both ten years older than Barb. Even though Barb knew how in love Nora was with Tom she confessed she did not even think of Nora when Tom made a pass at her. She fell for him and had two consecutive summer romances with him (Nora was out of the country during these summers). All the while, Nora and Tom remained a couple and Barb and Nora remained best friends. Barb felt her strong attraction and intense romance were reason enough (and maybe they were) to “follow her heart” and not think about Nora. Tom swore Barb to silence.

Many years later, long after Nora and Tom were broken up, Barb told Nora about the affair. As you can imagine, Nora was tremendously hurt. Barb, however, was really surprised this news had such a strong impact so many years of friendship later. Nora could not move past the news and ended the friendship with Barb. Things between the women did not get ugly, Nora simply broke up with Barb for good. Barb and Nora saw each a few times and remained cordial but their former closeness was irrevocably damaged. 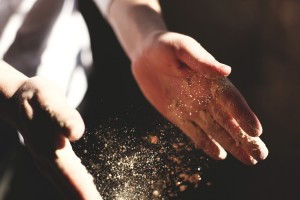 After reading this story, I polled some of my friends and colleagues about Barb and Nora and the responses were very diverse.  Some felt that Barb had gotten what she deserved and that such a breach of trust could never be forgiven. Others felt that Tom was really to blame as he had “seduced” the younger woman while maintaining the relationship with Nora. My mind was again more interested in the whole idea of forgiveness and what it would mean in this case. Maybe Nora had actually forgiven Barb but that did not mean she wanted to continue the friendship.  A definition of forgiveness that I find useful is “to forgive is to give up your right to resentment.” Giving up resentment, however, is mostly an inner process where you loosen your sense of resentment enough that you no longer need to attach to it.

Therapy clients bring resentment into the therapy room and we work with it using mindfulness practice. When the resentment pops up we acknowledge it and let it move through the mind without dwelling on it, like watching traffic go by.  This practice helps clients liberate themselves from the stuck suffering that resentment brings.

On Barb’s end I wonder what she hopes forgiveness from Nora might look like and how it will change their relationship? Is she longing for the lost connection with her former friend? One wonders how strong the connection was if she was able to “forget” about Nora while she was tending to her connection with Tom? Again, I don’t have any moral stance. As people we are so complex and moral values often don’t seem to address the possibilities and challenges of our lives. My own parents went through a time when my father and a close friend (she and her husband had been friends with my parents for over a decade) had a passionate love affair. While my mom felt hurt, she told me she also understood the whirlwind of emotions that these two found themselves in. She held out until the storm was over and my father and his lover were fully committed to their respective spouses again. My parents have now passed away so I feel this is a story I can share, especially as I find it fascinating and it has broadened my perspective on how people cope with emotions and connections. My parents and this couple remained lifelong supportive friends. I don’t think my mom thought about forgiveness in this context. She was a very pragmatic person with a great heart and compassion for the human condition. She felt deeply connected to my father and told me she knew that once the first passion and excitement of the affair had passed he would be fully focused on their relationship again. And so it happened.

Perhaps forgiveness affords Barb a way to repair the relationship with herself, not with Nora?  If she cherishes loyalty, she may find it hard to cope with the memory of her own breach of trust. Is Nora’s forgiveness necessary for Barb to repair her relationship to her sense of self? It may be a relief to receive “absolution,” however, that gives a lot of power to someone else to define who one is.  Is Barb unable to live her core value of loyalty if she has made mistakes in the past?  Once a cheater always a cheater?  The process of “forgiving herself” would require relinquishing her sense of guilt and resentment  and a moving forward with mindfulness and self-compassion striving to live a loyal life going forward.

To come back to my original musing about forgiveness, I believe the power of our moral judgments deeply impact our understanding of what it means to truly forgive. Again, that is not to say that somebody who has been hurt does not have a right to resentment, but it also means that when human connections are at stake it may be more honest to explore the value of healing relationships and maintaining healthy human bonds. When any of us wish to give or receive forgiveness, perhaps a better strategy is to mindfully attend to the painful memory, loosen our attachment to the guilt or resentment and move forward recommitted to our own core values.

Posted in THE REAL YOU
← Living and Loving in the Nation’s Most Expensive CityA Louis C.K. Kind of Deep: Pain and Bliss →