Small-talking about housing costs in San Francisco is getting as dull as these unending rainless days. Something feels so stuck, so infuriating, so painfully oppressive about all of it. I notice the child inside of me stamping my feet, screaming that it’s not fair. It’s not. And the adult inside of me gently reminds me that I’m one of the lucky ones to have a rent-controlled roof over my head and, besides, I choose to live here. I WANT to live here! I wonder, in how many ways does this choice affect the trajectory of my life? More importantly, how does this affect the trajectory of my romantic relationships?

As a couples therapist, working with young people seeking to resolve their ambivalence about commitment, marriage, cohabitation, monogamy, children, and career is so juicy and exciting to explore. This is undoubtedly because I’m in that soup myself and because how we feel about this stuff is deeply connected to our personal histories, our family histories, and cultural conditioning.

All You Need is Love…and Lots of Money
There’s nothing like the economy to impact our sense of security and our relationship and with it our culture. With economic booms and busts we see marriage, divorce, and birth rates rise and fall. Not to mention, marriage rates don’t necessarily reflect the number of committed relationships since many choose not to marry for economic reasons.

According to the 2014 Brooking’s Institute study, San Francisco has the second largest income gap in the country and had the nation’s largest increase in inequality in the late 2000’s. The exponentially rising cost of housing in San Francisco undoubtedly affects cultural norms and expectations around relationships because we’re forced to take this factor into consideration when making decisions, such as moving in together, ending a relationship, or family planning. It can also impact the environment of cohabitation when, for instance, a couple shares an apartment with roommates or a family of four shares a tiny apartment.

Gabi Moskowitz, a San Francisco resident angry at how the housing market has impacted her relationship, in her piece for The Bold Italic “This Rental Market is Messing Up Relationships” writes:

We all know it’s a tough rental market out there, but one thing we aren’t talking about enough is the fact that the expense of living in San Francisco isn’t solely financial. We’re having to delay moving in together when we’re in love, limit the number of kids we have (or hold off entirely), and if everything falls apart we’re often stuck in the same cell for weeks or months after we break up.

I’m seeing this left and right and have experienced these challenges personally. Close friends who’ve started families are moving away one by one because they can’t afford to stay here. When I project into the future I ask myself questions like, “Can I raise a child in this little apartment? Can I build a loft? Can I design my own transformer-like furniture? Can I just throw a sheet of plywood on top of the crib and call it a bar table? What happens if my landlord sells the building?” 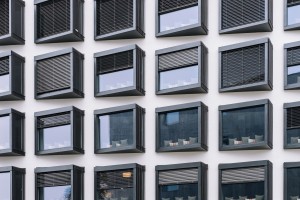 Ain’t No Rent High Enough
Really? Have you checked Craigslist lately? Love doesn’t always conquer all. And if you’re someone who needs to feel even a tiny bit of security, taking the leap to leave your solid (though perhaps too expensive and kind of moldy) room to move in with your sweetheart, is pretty terrifying – if not impossible. The reality that a break up could mean some variety of homelessness or having to say goodbye to the city you love, may mean that the decision to move in together is becoming as serious a commitment as marriage itself.

So couples are taking longer to move in or not moving in at all. Like Gabi Moskowitz, whose boyfriend was served an Ellis Act eviction shortly before she was slated to move in with him, many couples are stuck in limbo. A friend and her partner have been searching for their own space for a year while living in a house with 4 other roommates. Ambivalence about moving in together isn’t always the issue. Yes, that tends to be there but add to it the fact that it is damn near impossible to move in this city and you have a lot of couples living separately for longer periods of time.

Should I Stay or Should I Go?
When a relationship was ending several years ago, I began attending open houses that resembled house parties – the really bad kind where you don’t know anyone and everyone’s in competition with each other. My tattoos just weren’t cool enough for that $500 closet in the Lower Haight. And my bank account wasn’t going to get me even close to anything else. I’d overhear rich a-holes [sic] pull landlords aside and offer them extra money. The process was so demoralizing.

So we stayed together. We didn’t consciously say “let’s stay together because I can’t find a place.” We came up with all kinds of other reasons. But I know if I had found a place to live, we would have had the space we needed to make a clear decision. When we finally did break up a year later, I kept my rent-controlled apartment (which felt in itself like a cold, survivalist move on my part) and my ex, after months of a temporary living situation, left San Francisco.

I’ve heard myriad stories of folks staying too long in relationships that aren’t working, cohabitation continuing long after relationships have ended, or the ending of a relationship forcing a break with the city too, leaving jobs and friends behind. Perhaps some who would tend to cut and run prematurely are forced to address workable relationship problems as a result, but wouldn’t it be nice to feel like you have a choice?

Help!
Sorting out our personal hang-ups from the very real challenges of our environment can be complicated, to say the least. You may have already been afraid of moving in with a partner but your personal process is unduly influenced by the reality of the San Francisco housing market. Similarly, fear about leaving your relationship may be unduly influenced by how impossible it is to find a new place to live. Even if you’re clear about the underlying influences and motivations, you may be left with some pretty tough decisions.

What I’ve found most helpful is taking space and time, whether alone, with loved ones, or with the help of a professional, to sift through these complicated feelings. When we can get more clear about what it is we really need from our careers, relationships, and sense of home we can start to open up to the choices that do exist. This isn’t easy of course because the truth is that most of us are ambivalent and at times our needs conflict with one another. However, the more self-aware we become, the more easily we can cope with making these tough decisions. Such as, living someplace less ideal in order to be able to afford the family life we want or adapting our expectations of our relationships in order to live and work in the city to which we feel so attached.

It may seem counter-intuitive when finances are already constrained, but couples therapy is a pretty savvy investment when you consider the the emotional and financial risks our relationship choices carry these days. The long term benefits often out-weigh the costs. In my work with clients, I find it helpful to tease out the beliefs and hopes each partner carries personally and within a larger cultural context, bringing conscious awareness to the multiple facets of experience.

Innovation, Cultural Evolution, and Hope
During the Great Depression, relationships and families were greatly impacted and people were forced to adapt to the new situation. These forced adaptations in turn created cultural change. Though still not seen as ideal, more women entered the labor force which planted the seeds for the eventual change in gender role expectations (though this took many decades and continues today). Modern society has changed the way young people all over the country are thinking about relationships. Couples that may have traditionally gotten married are choosing not to while others are getting married as marriage rights have expanded. And there is an increasing trend towards young couples having children but choosing to not marry as well as people in long term committed relationships choosing to live separately (see this interesting article about how this is playing out in the UK).

San Francisco has always been progressive when it comes to love and relationships. Add to that the current housing crisis we face and people are finding ways to adapt. It can be frustrating to feel so unable to live out the classic American Dream. But, this individualist vision has also gotten us into a lot of trouble, keeping us more isolated and increasingly damaging the planet. My hope for the challenges we face is that as a culture we can experiment with different ways of being in relationship, finding what works best for each of us. And I hope that alternative lifestyles, including more sharing of resources (such as two families sharing 1 home), will allow the poor and middle class to take back this beautiful city via sustainable community and sustainable love.

As annoyed as I am, had it been easy for my partner to live with me, I would have missed out on the incredible internal growth this slower track has allowed me. Closeness, intimacy, commitment and love are no longer solely dependent on specific and perhaps arbitrary relationship constructs. I’m learning that what I desire comes in many shapes and forms.

Posted in THE REAL YOU and tagged economy, Relationships, san francisco rental market, social change
← Your theology is your psychology: Or, why you need therapy as well as prayer.Forgiveness: What and How? →