A friend of mine is a really, really big Beatles fan. Quite some time ago I reflected to him that I was not familiar with their music. Sure, I could name some of their more popular songs, but when challenged, that list was limited to about seven songs. Astonished and determined to rectify my ignorance and indifference, he burned all of his Beatles CDs for me, in chronological order (yes, this is when music was not yet streaming), and insisted that I dedicate time to listen to them. 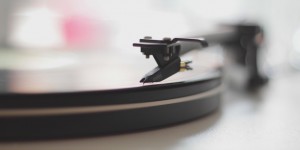 So I did. While they had never appealed to me, my friend was so impassioned that I thought it was worth a shot. I did not get very far. After the first two albums, I found it simply was not for me. When I saw him again I thanked him for burning the CDs and told him that I “just couldn’t get into it.” I told him that the songs seemed fine, I just did not really like them all that much. I did not debate their talent, I simply did not care for it. He was indignant. He pointed out that I did not care for Led Zepellin, his other favorite band. He dismissed my lack of praise for the Beatles, and stated that it was only because I am a contrarian. He found it impossible that I would not love the Beatles, even if not as much as he does.

Am I a “contrarian?”

Possibly. I mean, everybody loves the Beatles. Right?

All cultures contain within them many subcultures, with one cultural dimension often dominant. When one is a member of the dominant culture, that person enjoys particular power and privileges, including the freedom to not have to consider other perspectives. My friend has enjoyed the privilege of not having to consider that there are people in the world that don’t have the same relationship to music, food, art, or culture that he does. He has the privilege of not being forced to consider perspectives that are not his own.

Here’s what my friend did not consider: He grew up a white middle-class male in the 70s and 80s, to parents who grew up on the Beatles and were immensely influenced by them and other rock and roll bands. I grew up a Puerto Rican lower-class male in the 80s whose parents played guajira, salsa, and Motown/classic R&B/soul growing up. My ears had grown up hearing syncopation, multi-chordal harmonies, diverse percussion, horns, and groove-oriented rhythm sections. The Beatles CDs I listened to were classic rock, non-syncopated, guitar- and drum-dominated, and rhythmically and harmonically simpler. The type of music that he grew up listening to and loving was quite simply different from mine. It was neither better nor worse. Only different. My friend, caught in his ethnocentric blindness, could not grasp that somebody would have a different experience and values from him.

For him, there was a given. The given was that everybody would love the Beatles. My lack of interest in their music could only be understood by him as psychopathology. I was flawed. It could not be understood as a cultural difference. Of course, he has no idea who Oscar Hernandez is, and believes that Carlos Santana wrote Oye Como Va (he didn’t, by the way). But that’s okay. How should I expect him to know these things when they are so outside of his cultural experience?

There is an implication of a paradigm of normality, and when someone does not fit into that paradigm, it can be uncomfortable for that person, especially if they are dismissed because of their difference like I was. My friend did not stop with curiosity to ask what about the Beatles did not appeal to me. Instead, because he could not consider a different perspective, he had to dismiss that other perspective as faulty. As a result, he made a reductive comment about my character.

Creating true equality is about embracing difference without dismissing it. It occurs when we avoid my friend’s mistake. It is an exceptionally difficult thing to do, and often we will not avoid it. That’s okay also. You don’t have to get it right every time.

What may seem like a “given,” is actually quite relative. Liking or not liking the Beatles cannot be assumed, and it certainly is not a character issue. It is influenced by a multitude of factors, including the cultural influences that I grew up with. We do well to not make assumptions about differences, but rather to learn more and broaden our perspective. We can honor and respect the cultural awarenesses that we grew up with without considering “right,” while we also openly and truly listen to another person’s experience, and – and this is the important part – not pathologize differences that seem alien, but rather attempt to step into that person’s perspective and say, “Tell me more.”

This is the first in a series of 3 articles on social justice.

Posted in THE REAL YOU and tagged cultural blindness, ethnocentricity, privilege, racism, social justice, The Beatles
← Do Good or Make Money: Which Side are YOU on?What’s Too Much?: Sex Addiction in the Digital Age →