Meet Poppy. She’s spunky, hip and successful. She’s the V.P. of marketing at a happening firm and recently got married to a successful lawyer.  She and her beau are also in the process of baby-making talks. Life is, well… perfect. 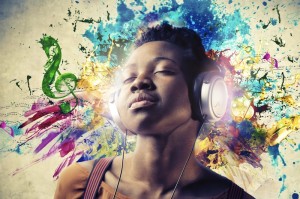 Only, it isn’t. In those rare moments of inactivity, Poppy increasingly finds herself feeling exhausted, desperate and overwhelmed. Given her extensive consumption of media, Poppy is quick to identify that these are the symptoms of depression. She is also quick to conclude that she wants them to go away. Now.

According to the NIH, 16 million adults in the U.S suffered from at least one major depressive episode in 2012, with women suffering in rates that are disproportionately higher than their male counterparts.

With all the agony that accompanies feelings of depression, what I am about to tell you may come as a bit of a shock. As much as we want to make bad feelings go away with medication and quick tools, it might be that this depression is the solution.

I’ll say it again. Your depression is the solution.

“But Tiffany,” you might say. “My life is perfect and I am so lucky! Got the V.P. job, the handsome beau, a baby in the works. I have everything I ever wanted. There’s no reason for me to be feeling this way. I should be grateful, I should be giddy!”

If you’re to believe what the pharmaceutical companies tell you, if you cannot quickly pinpoint a reason why you might be struggling, then it must be that your brain chemistry that is making you feel down. The solution? Take a pill a day and make all your woes disappear!

For many of us, taking medication to help us deal with our depression does have its advantages and does help. You can be relieved of some of the terrible feelings, replacing these with a bit of numbness that allows you to get through your day more easily.

Do you know what else can do that? Whiskey. MDMA. Maybe a little of that fine Sensimilla. Yeehaw!  Who doesn’t instantly feels relieved of anxiety, overwhelm and despair with a good ole dose of Bourbon?

“But Tiffany,” you might protest. “You are not comparing marijuana to a government approved psychopharmaceutical?!”

Alright. That comparison was a bit flippant. A bit.

But I use this extreme analogy to illustrate a particular kind of logic. If you are feeling depressed and drugs makes you feel better, the pharmaceutical companies who sell that drug argue that the reason for your depression is because you lack the chemical that their drug effects.

Using similar reasoning, I might conclude that if I’m feeling down and disconnected from my partner and I take a dose of MDMA and feel more intimate and engaged, then the reason for my despair was because I lacked some MDMA-Amine. If I consistently take it, I’ll consistently feel better. Makes sense.

We live in a culture that tells us that if you’re life looks good from the ouside, then you should be feeling fine. If you don’t, the problem lies with your problematic emotions. The solution – get rid of them.

I’ll invite you to imagine the possibility that if you’re feeling depressed there is a reason for it, and the reason matters.

As Christine Canty explains, we grow up in environments where our original expressions of feeling are often denied and replaced by more “appropriate” ones. We learn to hide them for fear of disappointing or hurting others. We grow up in families where all kinds of subtle maneuvers are occurring constantly, families in which “no” means “yes” and “yes” means “no.”

This feeling that you’re drowning, that you can’t quit get enough air – these are actually indicators that, even though everything looks good in your life, something is amiss. Something needs your attention.

It’s hard to imagine that depressive feelings are unconscious communications that some part of your life is out of whack.  The awareness that your feelings are legitimate messages may lead to changes that your partners, family, friends, or colleagues – even you -may not be comfortable with initially, or may even disapprove of, and that’s scary.

It’s often so scary that we refuse even to listen to the solutions that the unconscious parts of us have to offer, so much so that our unconscious mind has to start yelling at us through the symptoms that we call depression. What to do when you are too afraid to listen or simply cannot hear the message that your unconscious mind is screaming from the rooftops?

Take Poppy. Despite her initial desire to get the depression over with, she instead chose to learn from her painful feelings. Through some difficult, but rewarding therapeutic work, Poppy came to recognize that there were fundamental aspects of herself that she felt she had to keep out of her marriage in order to appear perfect. Poppy was afraid to know this on a conscious level because she was terrified that this awareness would mean she had to leave her husband and abandon the life that she loved.

Though she initially came to therapy wanting a referral for medication, a deeper part of her desperately wanted to be heard and, by waiting on the medication and trying to talk and connect first instead, Poppy was able to get in touch with these feelings inside of her. Through this, she discovered that there actually was room in her marriage for many more parts of herself than she had imagined.  To her surprise, bringing more of herself – including her doubts – to her marriage led to an improved relationship with her partner and, eventually, led her to be an open and connected mother who could make room for the fullness of her daughter’s emotional expression.

It can be scary to undertake the process of learning from your feelings, because neither you nor your therapist can predict beforehand exactly where these feelings will lead. Despite this fear, making room for the parts of you who seek to be heard, rather than stuffing them away, will lead you to a more fulfilling life.

Posted in THE REAL YOU and tagged Depression, Self-Inquiry
← The “Being” of a “Good” KisserLaws for in-laws: why trouble in these relationships hurts, and what to do about it →