Jamie* tells me how her spouse is working late all week again. She’ll have to handle back to school night on her own at two different schools for the third year in a row, and she’s worried about not being able to get to all the teachers she needs to see. I ask her if she’s angry, and she assures me she is quite fine but feels bad for her spouse who has such a demanding work schedule. Her sharp tone and quickness to brush off my inquiry suggest something different, but I know how firmly she believes that any conflict with her partner will threaten the marriage. They rarely argue, she says, but she’s tired a lot and doesn’t feel much passion. Jamie often shuts down her anger, to the point of not believing she has any. As her therapist, I am hoping she can begin to make some room in herself for feeling angry.

Joe recalls his father being an out of control alcoholic, who could blow up at any provocation, but was never consistent about what would set him off. To survive his childhood, he learned to be hypervigilant and not to make any waves. Terrified of being like his dad, he plays the role of peacemaker in most of his relationships. He came to therapy because of stress, anxiety, and depression.

Valerie tells me she is “over being angry.” She says she’s learned to meditate and is going to be compassionate instead because anger is a “useless emotion” Aware that she has plenty to be enraged about, I wonder whether she’s hoping that meditation will help her bypass feelings that might be too frightening to feel and whether together we might be able to know more about both her anger and her compassion. 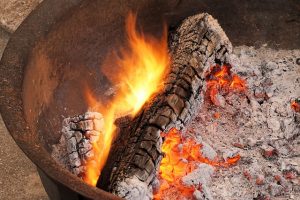 When most people think of the term “anger issues” they imagine explosive outbursts, yelling, or violence- the expressions of anger that are usually problematic. In many cases, people struggling with anger need support in connecting to the more vulnerable feelings beneath the anger.  However, many people have a different struggle with anger altogether–letting themselves feel it at all. They squelch it when it threatens to rise up, leaving no room for the experience of anger.

If someone grows up in a family where anger was expressed in violent or destructive ways, they may develop a survival strategy of staying quiet and being agreeable. Making waves could lead to something terrifying, so one learns that it’s best to not. Later as an adult, any ripple of frustration or anger can be experienced as a potential threat to their safety, and therefore must be split off, pushed down, or otherwise kept at bay.  This can also happen in families where there isn’t a lot of expressed anger, but where a parent or caregiver is, for whatever reason, not emotionally sturdy enough to contain the child’s big feelings.  Without someone to help them understand and metabolize their intense internal states, the child incorrectly learns that their feelings are the problem and potentially destructive. Again, if big feelings can hurt a needed other, it’s definitely better to not feel them.

Sociocultural factors that can get in the way of feeling and knowing one’s anger as well.  Misogyny deems women who express anger to be bitches, shrill, hysterical, irrational, or over-sensitive. Anger is generally not encouraged in girls, even when there’s something to be really angry about.  People socialized as women have been overtly and covertly told that their anger is not welcome, not certainly not becoming.  People of color, especially black people, are routinely pathologized when they express anger at all.

There’s an enormous cost to not being able to know our anger. We only have so much energy, and when it is needed to keep anger split off, pushed down, and out awareness, that energy is not available for other things. One way anger gets split off is that it gets turned inward and manifests as depression and self-attack. Repressed rage can show up in all manner of physical symptoms. When any feeling needs to remain unfelt, it impacts our experience of the full depth and breadth of our emotional landscapes, which include feeling passion, excitement, contentment, safety, connection and delight. Without being able to feel, we are cut off from vital life energy.

We tend to conflate feelings with action when it comes to anger, possibly because as a society we are not particularly great at being with difficult or intense emotions.  There is a difference between feeling anger and expressing anger. While anger can be put into action in destructive ways, being present with the sensations of the experience of anger is actually not destructive. When we can separate feelings from thoughts and from action, it can be safer to acknowledge the storms inside.

A colleague of mine calls anger “the fuel in the tank”. Without some fuel in the tank, it can be difficult to get too far. Knowing that we are angry helps us to know what’s not okay for us. It can give us information about what we want or need.  It helps us set necessary boundaries. It motivates action toward greater social justice.

In the context of a containing therapy relationship, Jamie was able to see that pushing anger away was part of why her relationship had lost its sizzle. After having experiences in therapy where she could connect deeply to her anger and see that it didn’t hurt her, me, or our relationship, she began to risk allowing more conflict with her spouse. It wasn’t comfortable, but she felt closer to her spouse afterward.  Joe started believing that feeling angry did not mean he would then act in the ways his father had, and began to work through the trauma related to his father’s violent outbursts and verbal abuse. Valerie began to include her anger in her mindfulness and compassion practices instead of needing to bypass her anger. No longer as terrified of feeling anger, these three people were able to access important internal information and free up new energy. By making room for anger, they found more room for the whole experience of being human.

*all cases are based on a composite of multiple cases and fictional material, with no identifying information.

Deb Lyman has a psychotherapy practice in Berkeley where she helps people find more ease in their relationship to themselves, others, and the inevitable challenges life brings. She specializes in working with LGBTQQ* people, and with adult children of alcoholic, narcissistic, or mentally ill parents. She also provides relational psychodynamic supervision and consultation to pre-licensed and newly licensed therapists.

Posted in THE SH&T HAS HIT THE FAN and tagged Anger, anger management
← Tell Me Who I Am Do Opposites Attract? Projection in Couples →