When your mother dies before you have a chance to heal from the wounds of childhood, it feels far from a short-lived and surmountable bereavement. You can feel sucked into a depression that seems endless and repeating, and hard to shake. In every new relationship or opportunity, there always seems to be something missing. 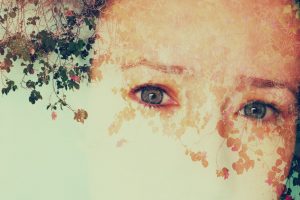 You might even feel like you are mourning a thing you never had. Mothers, no matter how remarkable, cannot be perfectly attentive to their children. It’s not uncommon for a primary caregiver to be unavailable or preoccupied, due to mental health problems, trauma, imprisonment, or economic scarcity, for example. So what happens to the child of a mother who is absent or unavailable, whose mother then dies – leaving no chance for reconciliation and repair?

Joy, whose mother suffered from mental illness and died by suicide when Joy was 18, talks about what it was like for her to grow up with an unavailable and preoccupied mother, who died before they could become adults together. “My mother was so absent when I was growing up. I realized many years after she died that my grieving process was different from other people’s, since my actual mother wasn’t really the mother figure that I felt a lack of. I think I have been mourning the lack, mourning the absence. That part of my healing has been a bigger deal for me than mourning the actual death of my actual mother.”

Because of the lack of attentive mothering, Joy found other people to fill that absence. “From when I was very young, I would look at other mothers and want them. My mom used to have a retort when I’d get in trouble – “What am I going to do with you?” I would tell her, “Send me to [my friend] Emma’s house,” with a straight face. I actually would rather have been mothered by Emma’s mom than my own.”

Shari, whose mother became ill with a neurodegenerative disease when Shari was 15 and died many years later, notices her own hypervigilance when it comes to taking care of her own needs. “I feel an over-responsibility toward my life choices and toward my relationships with other people, like I have to be capable of handling life on my own. It can make it hard to rely on people or let people in who can take care of me. I am in an ongoing learning process of how to be more open with other people and less avoidant in relationships.”

There is often a feeling of hypervigilance in people whose primary caregivers were emotionally unavailable to them during their developmental years. In Shari’s case, her mother then physically died, which increases her belief that she can’t depend on others to be there for her because they might die or otherwise abandon her. It’s a double-whammy for a child when there is an emotional death from a neglectful or preoccupied mother, and then the mother actually physically dies.

Children of dead or absent parents can experience a kind of depression that resembles a prolonged mourning process. Psychoanalyst Andre Green has written much about the ways in which people mourn the loss of their mothers, even when the mother is still physically alive. In the collection of essays called “The Dead Mother,” named after Green’s article, analyst Arnold Modell writes, “Green thinks of the dead mother syndrome as metaphorically analogous to mourning; he makes it clear that the patient is responding, not to the mother’s loss, but to her bereavement.” He believes that the child actually senses the mother’s absence as the mother being in mourning. The child then begins mourning alongside the mother, not knowing what she is grieving. Modell quotes Green: “The essential characteristic of this depression is that it takes place in the presence of the object, which is itself absorbed by a bereavement.” Essentially, when your mother is preoccupied and emotionally “dead”, but still alive and breathing, you start to learn how to grieve the absence of positive emotional nourishment– or the “lack”, as Joy described.

In writing about dead mothers with the recent shooting at Pulse nightclub in Orlando, Florida in the background, I’ve been thinking about what happens when people who are in this constant state of bereavement then come face to face with death and loss again. For people who have already lost a loved one to death, and who think about death every day, when death happens again an eerie and painful reverberation of grief, mourning, and terror arises like a tidal wave that risks sweeping everything you’ve built out to sea.

But there is something remarkable about resilience. We are not simply subjected to the outside world, our identities only to be shaped by others outside of us. We also have our own agency and our own desires. As long as we can go on learning how to love and live with vitality and joy, there is hope for a thriving and vibrant life. For people who have had less-than-supportive families, or who have lived in a state of mourning for quite some time, building resilient bonds with people and community with whom you feel wanted, respected and loved is essential. Because even if your mother has died, or you never felt like she was really there in the first place, you are here now. You can become a participant in your own healing.

Posted in THE SH&T HAS HIT THE FAN and tagged death, grief, Motherless Daughters
← On Orlando, Queer Sanctuaries, and What You Can DoTaking Responsibility for our Future Selves →