When Marci and her husband James* showed up in my psychotherapy office, they looked tired and worried. They had driven nearly four hours to come to a consultation with me, but that was not the reason for their exhaustion.

Marci and James are part of the growing number of families who have consulted with me after having a teenager come out as transgender.

Highly educated, liberal-leaning professionals who have been married for nearly twenty years, Marci and James are parents to ten-year-old Sam and thirteen-year-old Abigail. In our session, Marci and James described the day that Abigail told them she was trans.

“It was a completely normal day,” shared James, a research psychologist. “I got home from work, and found a letter from Abigail.” 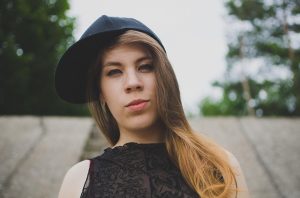 I’m not the child you thought I was, began the note. She wrote that she was trans, and went on to detail the immediate changes she wanted to see because of the disclosure, including name and pronoun changes and access to cross sex hormones.

“We were shocked,” said James. “There was nothing in our daughter’s demeanor or history that aligned with her revelation.”

Until recently, gender dysphoria was a symptom that usually arose first in early childhood, resolving around puberty in most cases. Only about 20% of the time did it persist into adolescence. In these cases, the young person was overwhelmingly likely to retain a cross-sex identification in adulthood.

In the past five or so years, gender dysphoria has begun presenting in a new way. Adolescents like Abigail are identifying as trans “out of the blue” without any childhood history of discomfort with their sex. This was the case with Abby.

“Abigail was always a pretty typical girl,” recalled Marci in our session.

Despite their surprise, Marci and James responded to Abigail’s disclosure with empathy and sensitivity, acceding to her wish to change name and pronouns, though drawing the line at medical intervention.

They were concerned about possible health consequences and permanent effects of puberty blockers and cross sex hormones. (For this article, I am using Abigail’s birth name and female pronouns both for the sake of clarity and because this is reflective of Abigail’s current identity.)

Their first step was to find a therapist who could help Abigail deal with her distress and explore her feelings. Once they started making phone calls to potential therapists, however, they felt increasingly worried and alone.

“Every therapist we spoke with – and we spoke with quite a few – told us that if a teen says they are trans, then they are, and the parents’ job is to affirm and help them transition. There was no therapist who would say to Abby, ‘This is not my experience of you.’  No therapist was interested in exploring the possibility that something other than being born into the wrong body could be operating here.”

Few of the therapists were sympathetic to Marci and James’ cautious approach to putting their child on body-altering medication. Marci said that two of the therapists even chastised her for what they perceived as her “homophobia.”

Marci and James’ story is not unusual. More and more parents with similar stories are finding their way to sites such as the blog 4thwavenow, which describes itself as “a community of parents and friends skeptical of the transgender child/teen trend.”

These parents say that too often, therapists, school administrators, and even family and friends rebuke and criticize them for not immediately affirming their child’s identity and going along with plans for medical intervention.

“It’s really worrisome,” says Barbara, a lawyer and mom to three kids who served as a PFLAG leader for years after her now-adult son came out as gay in the early 2000’s. “If a parent expresses any caution about transition, they are immediately branded as transphobic,” she said. “In fact, these aren’t usually bigoted parents who don’t want a transgender child. These are supportive, engaged parents who want to protect their kid from potentially dangerous and possibly unnecessary medical intervention.”

The puberty blockers and hormones that are currently being used to treat gender dysphoria are being used off-label, and there is some evidence that we may not understand the long-term effects of these medications. In addition, there is a body of writing and vlogging online by detransitioners – those who pursued transition but then later came to reidentify with their birth sex.

“Parents who try to protect their kids from transition are absolutely doing the right thing,” says Carey Callahan, a detransitioned woman who is currently pursuing a master’s degree in family counseling and blogs at mariacatt.com.

“Medical transition has significant consequences. I was on testosterone for nine months, and it affected my liver. I know other detransitioners who have tissue damage from binding their breasts, nerve damage from a double mastectomy, and vaginal atrophy from testosterone.”

Callahan is careful to clarify that she believes some people will need to transition to have their happiest life, and she supports adults having access to these interventions. “But it can wait until adulthood. I got it wrong at 30,” says Callahan referring to the age at which she started transition, “so I know teens and young adults can get it wrong before then.”

Marci and James eventually found that when they supported Abigail’s social transition by using her chosen male name, she became angrier, more defensive, and more withdrawn.

Instead, Marci and James started talking more to Abigail about all the anxiety she was experiencing in her life. It soon became clear to all three that she was using a trans identity as a way of coping with the anxiety. Talking through it, over time,  Abigail became calmer and more relaxed.

With her parents’ love and support, Abigail has backed away from identifying as trans. Marci and James report that she seems happier and less anxious. They feel relieved that Abigail appears to have avoided a course of action that would have led to medical intervention. But they are cautious.

“For now, she is happier in her own skin,” Marci said.  “But in this culture today, it’s very hard to be a girl.”

*Names and details have been changed to protect privacy.

Lisa Marchiano, LCSW is a writer and Jungian analyst in private practice. She is interested parenting as a catalyst for personal growth, and she blogs on this topic at PsychCentral. She is on the faculty of the Philadelphia Jung Institute, and lectures and leads workshops nationally. Lisa has a particular fondness for fairy tales and what they can teach us about relating to our inner lives.