Like many others, my wife and I are eagerly looking forward to tonight’s premiere of the new season of Parenthood, though with considerable wistfulness that it’s the final season. 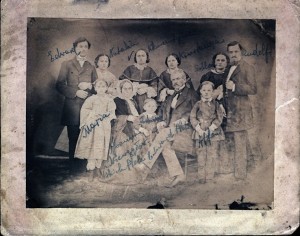 With our kids off to college, we forsook our basic cable last year for a streaming box. Not only are we saving nearly $100 a month, but we’ve gotten to catch up on some of those shows we’ve heard people talking about for years, like House of Cards and Madmen. And Parenthood. I guess maybe that’s a euphemistic way of saying we’ve been missing a chunk of popular culture for some time!

Although I don’t talk with friends much about TV either, I don’t hear as much about Parenthood as about other shows such as Breaking Bad, Orange/Black, and the other crime and debauchery shows that people seem to love. I imagine it might be hard to enjoy Parenthood if one were not a parent or at least interested in children. But for psychologically-minded people who are interested in relationships, I think it’s a pretty amazing show. There was a popular show in the late 80s called “Thirtysomething” which Parenthood takes to a whole new level of sophistication (one of the writers is the son of the Thirtysomething producers).

There are very few examples on TV of how relationships can actually work in a positive way. The  reality shows are perhaps the worst examples of how to communicate, with their exaggerated vulgarity and what Terry Real would call “unbridled self-expression.” And then there is the dripping cynicism of the animated series like Family Guy, and worse yet, South Park.

Parenthood, however, is noticeably different. Most of the interactions are more emotionally realistic than those on any other show I’ve seen. Some of the conversations are more authentic than anything I’ve ever seen on the big screen. But before I start singing my more specific praises, let me get my biggest complaint out of the way: almost everyone on the show seems to have a messy work-affair at some point. Of course, there’s some realism to messy work-affairs too, but the Braverman family just does not seem to understand that work-boundary thing. (Nor do they learn from each others’ mistakes!).

However, on the plus side, there are so many things I admire about their interactions. That the characters get angry with each other is not in itself remarkable, but the things they get angry about and the ways they get angry are faithful representations of what I see every day as a couples therapist. For instance, Adam gets angry with Kristina when he feels his work-time being pinched, and Kristina gets angry with him when she feels abandoned by his work commitments. What modern couple doesn’t have some variation of this dilemma?  (And Parenthood also nicely portrays a role-reversed version of this ubiquitous conflict with Julia and Joel.) Family members harrumph and strike back at feeling hurt. Jasmine expresses her frustration at Crosby’s carelessness and he bristles at her need to control.  Joel and Julia battle over how to discipline their kids.

One of the major themes of the show is the classic parental struggle with letting their kids’ become more independent, and these interchanges are very real. You can feel the tension as Zeke, Adam, Kristina, Sarah, or Julia just can’t help themselves one more time as they get over-involved with their offspring’s lives. In such a human way, a part of each of them knows that they’re going too far but they do it anyway! Even better, they sometimes acknowledge this flash of self-awareness. For example Julia at one point acknowledges, “I know I’m controlling, but I can’t help it.”

Perhaps my favorite thing about Parenthood in the modeling-good-relationships department is “repair.” John Gottman—the iconic couples researcher—coined the term repair in the context of relationships to indicate gestures and relational movements that aim to soothe hurt. Many of these repair gestures fall in the category of apology, and the parenthood characters apologize frequently, and quite well. They don’t always arrive at the apology quickly, or easily (which is how it often happens in real life) but they almost always eventually come around to it. In virtually any episode, you will see members of the family cross each other, feel hurt and get angry. But then they will repent, reach for understanding of each others’ points of view, and restore their connections.

One great example of a large-scale repair occurred when Adam and his brother Crosby had big needs going in opposite directions. (Spoiler alert if you haven’t already seen this past episode!) Adam had just joined Crosby as business partner in a new music studio when they got an offer to sell it for a large amount of money. For Crosby, the studio represented a romantic life-career-dream imbued with history and nostalgia. For Adam it represented something quite different: a business that could support his family’s significant financial demands at a time of hardship. It was hard enough for Adam to turn down the first big offer. But when the offer was more than doubled, Adam felt that he could not refuse the instant security it would provide for him and his family.

This basic structure of needs and values in conflict is played out every day in my office. What to do when you are interdependent with another person through love and/or family, and because of differences in values, or circumstances, or both, you must come to a decision that will not equally benefit both partners? How do you tolerate the tension, keep the power struggle at bay, and evolve the best decision for everyone? All indications were that Adam would go for the security and Crosby would relent at the cost of being emotionally crushed. However at the last minute, Adam chose the importance of his relationship with his brother over his immediate family’s security.

This was certainly a grand gesture more easily done in a fictional world where things can still work out okay. But still a big illustration of what happens on a smaller scale many times in each show. Repair is a beautiful process that is one of a handful of critical elements at the heart of any healthy relationship. It is inevitable that we will hurt each other, and because of this, necessary that we be able to heal those wounds.

If you really want to learn how to communicate, listen to Amber. Sure she makes some mistakes, but more often than not (at least when she’s not making snarky comebacks!), when the going gets tough she is a remarkably elegant example of non-defensively relating her internal experience. Her repairs are a thing to behold. She talks vulnerably about her sadness, her hurt, and her fear. Amber’s self-revelations are a lovely model of Brene Brown’s maxim that vulnerability begets connection. She also stood up brilliantly for her adult independence when Adam tried to intervene in her version of one of those work-relationship blunders.

I love that the characters are complicated, but true. Many different family roles are represented: the impulsive, creative types (actually most members are impulsive at one time or another, but aren’t we all!), the more conservative, judgmental types, the selfless and the self-absorbed. But they all have flaws and threads that run counter-type as well. Uptight Adam is a goofy dancer and has his ridiculously impulsive moments; Zeke can be an intolerant hothead, but has a sweet and deep love of family along with moments of wisdom.  Max and the writers have done a stunningly poignant and incisive portrayal of Asperger’s, and Julia and Joe’s adoption struggles were so resonant.  Speaking of countertrends, I also appreciate that in most of the sex scenes the men are wearing less clothing than the women!

Another subtle dimension of reality are all the little mistakes that are included. The characters often stumble in their dialogue. There are some clever lines, of course, but much of it still rings true (unlike the film “Juno” in which every line was a winner, but the end result was overwrought). For instance, I loved the small touch when Mark Cyr and Sarah were looking over his yearbook, she mispronounced his high-school sweetheart’s name, and he corrected her. That kind of thing happens all the time, and it’s so natural. Or when Sara tries to take a photo of Drew and she can’t get her iPhone out of video mode.

Not only do these bits of  “counter-finesse” make the texture of the experience more real, but they also remind us that unlike many shows where either everything is perfect or everything is idiotic (or violent), people are complex, contradictory, and full of mistakes.

That’s how we are and should be. 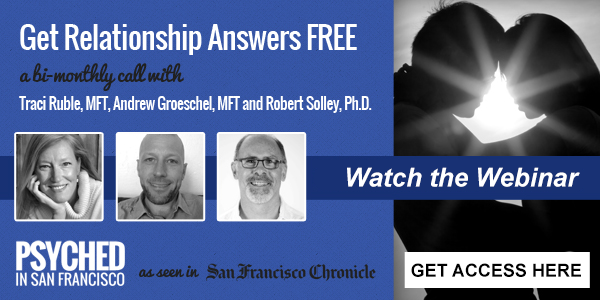 Posted in THE REAL YOU and tagged Attachment, Authenticity, Boundaries, compassion, Emotional Health, Emotions, Feelings, mothering, Parenting, Relating
← The Seven Deadly Sins and Shame: A Foundational ApproachSharing the Road: how driving keeps us emotionally distant from one another →