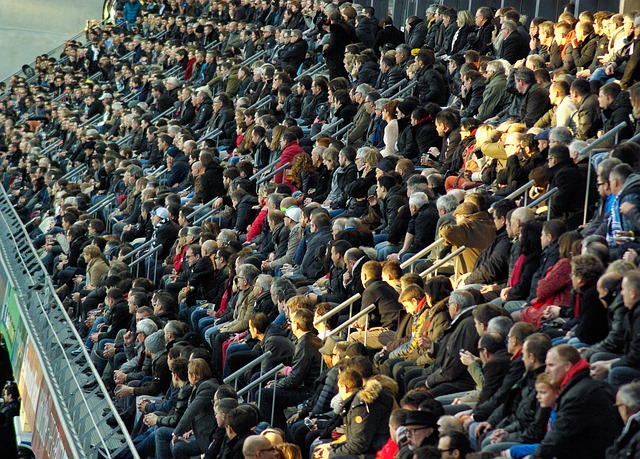 I have a quiz for you. I’m going to give you a scenario, and you choose which of the four answers below it are true.

Patrick and Juan are a couple who live together. Patrick, an avid cyclist, likes to go to bed early, so he can wake up early and go for a bike ride before it’s too hot. Juan, a writer, likes to go to bed late, because he finds he has most of his creative energy at night. Patrick considers himself a morning person, and Juan considers himself a night owl. Patrick wants Juan to come to bed earlier at night, and Juan wants Patrick to stay in bed later in the morning.
When you reflect on this scenario, which of the four options below do you think is true?
a) Patrick’s needs matter and Juan’s don’t.
b) Juan’s needs matter and Patrick’s don’t.
c) Patrick’s needs matter AND Juan’s needs matter.
d) Neither of their needs matter.
I’m guessing you chose “C” and that you believe that both of their needs matter. In a scenario like this, it’s easy to see that neither party is right or wrong and that they both have “valid” needs. Regarding this particular situation, Patrick’s focus seems to be on meeting needs for health, well-being, exercise, comfort, and connection. Juan’s focus seems to be on meeting needs for creativity, self-expression, flow, and connection. While they both want connection, they have other universal needs that are also important to each of them. With some honest and empathic communication, and maybe a little outside support, I’m guessing they’ll be able to come up with some strategies that will incorporate all of their needs. Perhaps you even have some ideas you could share with them based on your own experience navigating issues like this in your own relationship.
Pretty easy quiz, eh? So, what’s the point?
Well, I don’t think this quiz would have been as easy if we replaced Juan and Patrick with Mitt Romney and Barack Obama, (or Donald Trump and Hillary Clinton) and instead of being a couple struggling with how to connect more, they were representatives of two political parties struggling with how to create economic security. Then what would your answer be?
a) Republicans’ needs matter and Democrats’ don’t.
b) Democrats’ needs matter and Republicans’ don’t.
c) Republicans’ needs matter AND Democrats’ needs matter.
d) Neither of their needs matter.
Or, what if it were you and your partner, struggling with the hot issue for the two of you, whether it’s how often you have sex, or who handles what chores, or what to do about the fact that one of you just had an affair? How would you answer the quiz in that situation?
a) Your needs matter and your partner’s don’t.
b) Your partner’s needs matter and yours don’t.
c) Your needs matter AND your partner’s needs matter.
d) Neither of your needs matter.
My point here is that when we’re deep in conflict with someone, it’s hard to remember the core principle of Nonviolent Communication, which is that everybody’s needs matter. It’s so tempting to try to figure out who is right and who is wrong when there’s a conflict. And for good reason. We live in a punitive culture of judgment and blame, in which we’re deeply conditioned to think in terms of who is “good” and who is “bad.” Whether it’s Democrats vs. Republicans; Israelis vs. Palestinians; or prosecution vs. defendant, we are surrounded by conflicts being framed in this dualistic and painfully simplistic way. I say painfully because we internalize these categories of right/wrong, good/bad and turn them on ourselves and each other, manifesting as shame and blame. It hurts.
If there’s one thing we in this culture are very good at, it’s pointing the finger and assigning blame. Sometimes that finger is pointed outwards, and sometimes we point it at ourselves. Either way creates a sense of separation and alienation. And either way, we’re not remembering that all of our actions, and all of their actions, no matter how evil they may appear, are attempts to meet universal human needs.
At least that’s how we look at it from an NVC perspective.
Remembering these two slogans that are at the heart of NVC—“All actions are attempts to meet needs” and “Everybody’s needs matter”– has the power to completely transform even the heaviest of conflicts into a shared dilemma. Rather than wasting our precious energy going back and forth about who is right and who is wrong, NVC offers us a way to come together to look at the dilemma together. Together—how radical! So that rather than you vs. your partner as enemies in a war, it’s you and your partner taking on the dilemma together, as, you know, partners! It’s both so obvious and so incredibly countercultural to view conflicts this way, but given the state of affairs we find ourselves in as a planet, I think it’s about time we try something radically different. What do you say?
So we start with ourselves. Next time you’re in a situation where someone says or does something you don’t enjoy, rather than pointing the finger, ask yourself these two simple questions:
1) What needs are unmet for me?
2) What needs might the other person have been attempting to meet when they said or did the thing I didn’t enjoy?
This way you’re practicing the two key principles of NVC: 1) Every action is an attempt to meet a universal human need and 2) Everybody’s needs matter. And we’re practicing something even deeper, something the thirteenth century Sufi mystic Rumi points to when he says: “Out beyond ideas of wrongdoing and right doing, there is a field. I’ll meet you there.”
Please let me know how it goes.

Ali Miller, MFT has offices in San Francisco and Berkeley where she provides psychotherapy, couples counseling, and facilitates women’s groups called “Authentic Connection.” She is also available for consultation and trainings to therapists who want to incorporate NVC into their therapeutic work.