Willa and her boyfriend, Ben, moved to San Francisco together five years ago. Willa was eager to say goodbye to her small town in order to pursue greater professional opportunity. Ben was happy to join her. Given her willingness to “lean in”, Willa excelled at a tech start-up and developed an active social network.

Though thriving professionally, Willa felt increasingly uneasy at home. She would often return to find Ben playing Grand Theft Auto, the dishes remained undone and a random sock or two lay strewn haphazardly about. When Willa asked Ben about his day, he would declare that things at work were “boring as usual” and, tapping the couch, would announce that pizza was on the way. She put aside her desire to discuss her own exciting day, as it seemed unlikely that Ben would be interested.

Willa sought therapy due to her anxiety about a sudden job offer from the company of her dreams. With the promise of higher pay, the opportunity to travel and a significant promotion, Willa could not fathom why she was suddenly so upset. 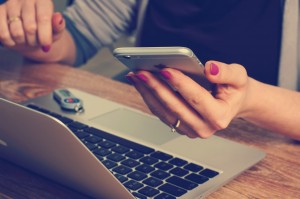 Within the safety and consistency of therapy, Willa began to realize that she was afraid of the growing distance between she and Ben. At first she complained bitterly that Ben’s lack of ambition was the problem. In time, she began to see that her difficulties went far beyond Ben’s choices.

Leveling up (yes, that’s a video game reference) is awesome, but it also leads to tons of internal conflict. When conflicted, our unconscious minds often pinpoint those closest to us the source of our problems. Though the behavior of our significant others tend to be the focal point for our frustration, chances are, there is a lot more at stake than whether or not the garbage gets taken out.

As one excels, an uncomfortable reality emerges. In seeking to challenge yourself, which entails greater emotional and professional risks, it often happens that there will be a growing disconnect between you and those you love who are content to stay put.

When the Contented One happens to be your significant other, it feels as though an agonizing choice has to be made. Either you stay with your partner, engaging in the familiar routine that has developed over the course of your relationship (and in so doing, fasten a thick metal band around your aspirations) or you continue to push forward, fearing that this means leaving your partner behind.

At work, Willa had high expectations of herself and those around her. In her presence, everyone sat up just a little bit straighter. While Willa was excited by her influence, another part of her was scared. How long would she be able to sustain her success? She was quickly gaining on those who she had once idealized, leaving no one for her to emulate. Her family and long-time friends could not fathom the pressure that she was under, as they had contented themselves with simpler lives. As much as she wanted to climb the professional ladder, a part of her worried about whether she could make it on her own, with no identifiable role models in sight.

With Ben, Willa could indulge those parts of herself that longed for nothing more than an evening of “Terminator 4” and take out. He didn’t expect much from her and was proud of her for even the smallest of tasks. Ben represented the parts of her that yearned for the comfort and familiarity of home. On the other hand, Willa became aware of her worry that he also represented a threat to the parts of her that wanted to move beyond her humble beginnings. Willa was ashamed to admit that there were parts of her that wanted nothing more than to relax and settle into a comfortable life, so she let Ben hold these parts and then blamed him for her struggles.

If you’re fearing that you’re partner is holding you back, take a breath, relax. Though it feels like this is all about your boyfriend, chances are there are opposite parts of your own psyche that are at war. There is a huge debate going on between the parts of you that want to stay exactly the same and the parts that want to seek out new experiences. It’s really hard to be aware of and own opposite parts of ourselves, so often we let our significant others occupy one end of the spectrum and we take the other. This way, you can pinpoint him as the one who is holding you back, rather than recognizing the ways in which your own ambivalence about change is slowing your professional ambition.

Unfortunately, until you are able to resolve your own internal arguments, you will be unable to see your partner as the full and complex person that he is. In fact, as long as you’re splitting off your internal demons, and asking others to hold these less desirable parts, you’ll only be able to engage with others as objects of support or opposition and not as the unique and complicated individuals that they are.

Leveling up takes courage, vulnerability and support. In therapy, you have the opportunity to gain perspective about the ways in which you are participating in your successes and maintaining patterns of dysfunction. This will also allow you to actually see your partner – maybe for the first time.

In taking this relational risk to examine and address your unconscious conflicts there is no telling what you may discover. Though it may seem like you’re outgrowing your partner, you may find out that it is you who is holding the relationship back. Therapy can help you resolve these dilemmas and teach you to cultivate your emerging desires, while integrating the parts that long to sit on the couch after a long day, greasy pizza in hand. And, oh yes, Terminator marathon in full effect.

Posted in THE REAL YOU and tagged breaking up, Dating, promotions, upward mobility
← Trust Fund: A Welcome Privilege or Source of Confusion?Screen Time for Adults: Setting Limits for Yourself (and your inner child). →