I was sick with a cold this weekend and feeling pretty crappy, which was fine because the third season of Orange is the New Black just got released. I can safely say when I wasn’t sleeping, I was likely looking at a screen. I’d brainstorm article ideas for a minute, watch an episode or two, play sudoku on my phone, play a word in Words With Friends. And then my friends bought a video game for the XBox that I had problems tearing myself away from last time I played it 10 years ago. Turns out my obsession with this game really hasn’t changed much.

By now I’m really pushing up against this article deadline and all I want to do is keep going for the distractions. I want to watch just one more, play one more level of the game, solve one more puzzle. But I can feel a kind of achiness and discomfort that transcends my cold. This is a familiar pain that comes on after I’ve been numbing out in front of the screen for hours on end. My eyes start to sting, my back hurts from not shifting out of this slouch, I feel generally out of it.

There’s a lot of debate about how much screen time is too much screen time, specifically for children, but also for adults. Likely you’ve heard about how it’s a good idea to stop using our electronics in the evening so you can wind your brain down for bed. But when it comes to screen time the only thing that seems conclusive is that there’s such a thing as too much and that it may be different for everyone and depend on the circumstances. But my body is telling me I’ve reached that point already. 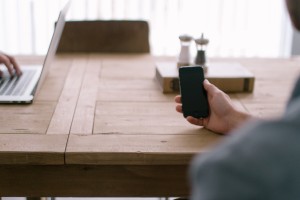 To further explore this issue of screen time and screen “addiction” I’d like to peer through the lens of Harm Reduction, an alternative approach to abstinence for substance misuse. In 1986 psychoanalyst Norman E. Zinberg M.D. developed the concept of “drug, set, setting” which is a useful way to assess how varying circumstances affect the impact of a person’s drug use. For instance, heroine tends to be a relaxant while cocaine is stimulating (drug). Drinking to celebrate a promotion at work is a different experience from drinking to dull the pain of a breakup (set, meaning mindset). And taking LSD with close friends while in nature is different from taking it at a loud and crowded music festival, surrounded by strangers (setting).

I like to apply this concept to how we interact with other stuff too like food, exercise, Facebook, pornography, online gaming, Orange is the New Black…well, you get it. These non-drug “addictions,” though they likely do impact our brains, are referred to as “process addictions.” They’re things we can get hooked into because they either help us feel something desirable, or not feel something undesirable. And our screens as well as what’s on them serve many different roles in our lives in different moments.

For instance, when I’m sick or anxious, I like to watch a show to pull me into a kind of drama I’m somewhat removed from and provide a sort of satisfaction that the drudgery of life doesn’t. I simultaneously want to numb the experience of my own pain and heighten the feelings that come from engaging in someone else’s story. Often, my preference is to watch comedy when this is my aim. On the other hand, at other times I choose a film I want to give my undivided attention, to reflect deeply on my own experience or to connect to something different so I can grow. I’m present, engaged, and learning. Interestingly, Orange is the New Black is a show that I can watch in both ways. Same show, different mindset. I could argue that my sudoku game is simultaneously about exercising my brain and numbing overwhelming feelings.

So what about setting? According to a study by a non-profit organization, Zero to Three, that focuses on early childhood development, there’s a difference between parents engaging in screen time with their children versus using the screen as an electronic babysitter (as referenced in this NPR article). Now, I know when we start talking parenting choices things can get a bit heated, and I don’t mean to make a value judgment one way or the other. Parents have their reasons for making the choices they do and different circumstances impact how these choices are carried out. Screen, set, setting.

Being a grown-up with access to technology, I’m responsible for how much time I spend doing various activities in front of a screen. I’m the one who has to tell myself to turn the computer off at 9:30pm (yeah right…), or let Words With Friends wait until morning. I’m the one who has to decide to not watch one more episode. Even when Netflix plays that evil automatic play trick on me! I have to be my own parent and sometimes it’s really hard.

Sometimes I’m too exhausted to fight my inner child on screen time or to really engage with myself more mindfully so I let the child get her way. And you know kids, they don’t always want what’s good for them…Conversely, sometimes I’m hyper critical of the child and berate her for wanting to watch TV or play a game. I tell her she’s lazy, unproductive. And getting yelled at just makes her need to shut me out more and we get caught in this power struggle. The parent part of me is being harsh because she feels afraid she’s doing a bad job and she starts grasping for control.

I can’t tell you how to raise your child, inner or outer. What I find helpful in making these decisions in an ever changing landscape is to take time to bring conscious awareness to your actions. When you tune in, you have the opportunity to notice that your body is telling you it needs something different. Or you can sense when spending the day inside, watching a show or playing video games is OK for you at that moment in time. You develop a flexibility to go with the flow and readjust when circumstances change (like when you have a cold).

So how to bring this “conscious awareness” thing to your screen time? In Harm Reduction therapy, the aim is to reduce harm. Harm Reduction recognizes that people get hooked into things for reasons and that change happens when the cons outweigh the pros. If you’re getting more positive than negative out of your screen time, there isn’t really a reason for you to change except that someone outside of yourself said you should. But because we’re often times acting and not really thinking about it, we can be out of touch with these pros and cons. Mapping it out is one of the first steps to understanding what, if anything we want to change. In Harm Reduction this is referred to as a Decisional Balance.

Here’s an example of a decisional balance worksheet:

The goal is to write out a list, as extensive as possible, of all the ways your current relationship to your “drug,” in this case, time in front of your computer, phone, TV, or tablet is working for you, and all the ways it isn’t. This list can help you more consciously decide if you want to put some limits in place to reduce harm or if you want to keep things the way they are. If I get specific about an aspect of screen time, such as playing sudoku on my phone, I might say I like the satisfaction of completing a puzzle. I don’t like that I get sucked in and don’t get to other things I want to like reading. If I changed how much time I spent playing I would potentially lose that satisfying feeling it easily provides. If I changed how much time I play I would get to engage more in my book and other activities that feel good to me.

Try it out! Try getting specific about something that’s been bothering you. It could be almost anything. The aim in bringing awareness to our behaviors, thoughts, and feelings isn’t to give ourselves more material with which to beat ourselves up. In an ideal world, we would approach ourselves with compassion and curiosity, boundaries and connection. Like a loving parent. When we’re curious we begin to have choice even when it feels like the screen holds all the power. 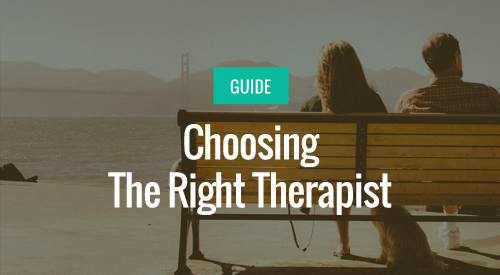 Posted in THE REAL YOU and tagged Addiction, Harm Reduction, screen time
← Upward Mobility Downfalls, Part 2: When Upward Mobility Threatens You RelationshipSpeak! (Even if your voice shakes) →