Mindfulness has become all the rage of late, particularly within the helping and healing professions. Since it was introduced by Jon Kabbat-Zin as a means for managing stress and anxiety almost 20 years ago, mindfulness has become a go-to modality for anything from acute traumatic stress to depression. Even the monolithic Psychotherapy Networker ran a series of articles last year questioning whether mindfulness would ultimately supplant psychotherapy as a means of addressing emotional distress and dysregulation. 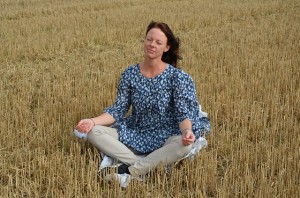 Mindfulness, or shamatha, is a sub-discipline of meditation, and is, in part, an exercise in non-attachment. In the Buddhist wisdom teachings, attachment, or desire, is described as the source of suffering. Liberation from suffering is attained through releasing attachment. Mindfulness is the practice of noticing present thoughts, feelings, and sensations and allowing them to pass by, without judgment. This creates a state of “naked awareness,” and is the essence of nonattachment.

Mindfulness is, however, not a passive exercise. It is a rigorous act of self-examination and spiritual exploration that leads to liberation from the burden of the internal and external experiences that weigh us down and make us miserable.

As with many Eastern practices co-opted by the West, similar to yoga and martial arts, mindfulness has become painfully diluted, moving further and further away from its Buddhist roots. That’s a problem, because, without its foundation, mindfulness loses all gravity and becomes an empty exercise; what many critics have come to call McMindfulness. This is because mindfulness is not simply paying attention and feeling good as a result, as many of its mainstream proponents portray. In proper context, mindfulness is a specific quality of attention linked to the essence of our thoughts, words and actions. It is one thread in an entire fabric that informs, and is informed by, a specific way of being in the world.

That brings up another point: mindfulness is not always a positive experience. Mainstream advocates of McMindfulness focus primarily on the positive benefits of the practice. What they fail to remark upon is that Buddhist meditation is not intended to make us happy, but, rather, to radically shift both our sense of self and our perception of the world. Plot twist: awakening is a destructive process. That deconstruction is in service of scrubbing off the red dust of the world and getting to our essence. In the best of all possible worlds this can lead to self-realization, while in the worst, it can lead to increased anxiety, depression, and even dissociation.

Although not a religion per se, Buddhism is a spiritual practice focused on attaining a higher state of consciousness through developing self-awareness and compassion, or what most refer to as loving-kindness. Wait. What? Self-awareness? Compassion? That’s right folks: emotional intelligence.

Buddhism, as outlined by commentators like Chogyam Trungpa Rinpoche, Lama Thubten Yeshe, Jack Kornfield and even the Dalai Lama, first and foremost, is a psychology. Even Gautama Buddha himself said, “Mind is everything.”

“We are shaped by our thoughts; we become what we think. When the mind is pure, joy follows like a shadow that never leaves.” – Buddha

Extracting a sub-discipline of that whole psychology and portraying it as a psychosocial panacea is, at best, a slippery slope. That is, on the one hand, because you can’t pull a brick from a wall and say it’s still a wall. It’s not: it’s just a brick. On the other hand, it’s because no one thing works for everyone and no amount of romanticizing is going to change that. Even Buddha himself reportedly said that he taught many different techniques because not everything worked for everyone, and his followers should take what worked for them and leave the rest.

Recognizing that mindfulness has been separated from its roots does not wholly deny its effectiveness as a tool for shifting our state of mind, or even its potential benefits in terms of mental health. It suggests, rather, that, out of context, it may not—and quite possibly cannot—be everything it is portrayed as, which is just a little something to be mindful of.

Michael J. Formica, MS, MA, EdM has been providing counseling, coaching and mentorship to individuals, couples and families for over 25 years. During that time, he has also served as clinical director for a number of educational and psychiatric organizations. Michael currently provides services locally in Doylestown, PA, as well as online nationally and internationally privately and through StillPoint Spaces, based in Zurich. His award-winning Psychology Today blog, Enlightened Living, is often an Editor's Choice Essential Read selection and he also writes regularly for Huffington Post Healthy Living and GPS for the Soul. Michael is an Initiate in the unbroken Shankya Yoga lineage of H.H. Sri Swami Rama and the Himalayan Masters.

Posted in CULTURE and tagged Mindfulness
← Sleepless in San Francisco: An Interview with Scooter (aka Drew Ackerman), Creator of the “Sleep With Me” PodcastIf it’s Good for Me, Why Can’t I Do it? Why Self-Help Books are Not so Helpful →