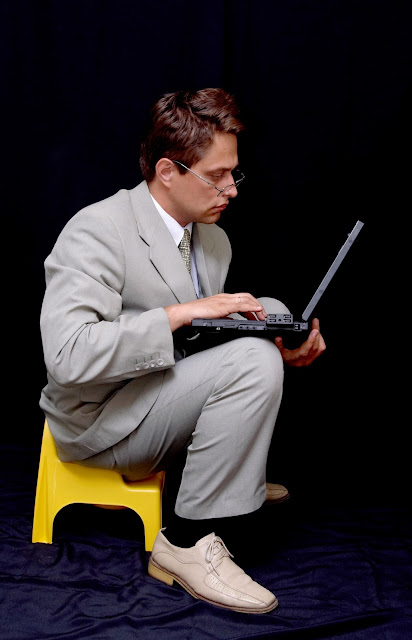 Signs of maturity: impulse control, the ability to tolerate difficult emotions, sacrifice, perspective/mindsight, responsibility and accountability.
What Tripping on the Way to the Bathroom Taught Me About Maturity

Seeking the bathroom in the dark, I stumbled over some obstacles in the hallway and banged my elbow against the wall.  Cursing the unknown, I prodded the objects with my toes and recognized them as my son’s shoes that he had left strewn on the floor.  In frustration I picked them up and tossed them at the bottom of his bedroom door.  The next day, hearing about my annoyed response to his shoes, Nico commented “Very mature.”  Ouch. He nailed it.

Terry Real describes certain ambivalences in couples as a function of immaturity.  I rarely hear that term anymore, but I think it can be useful for therapists to understand the components of a “big concept” like immaturity.  For individuals in relationships, such understanding can help us consider areas of our own behavior (not our partner’s!) that can use improvement.  And as Scott Peck famously pointed out in The Road Less Traveled, a big part of a successful life is growing up.  So here’s my take on deconstructing maturity.

Impulse Control
Developmentally, one of the first elements of maturity is impulse control: the ability to delay, inhibit, or otherwise regulate our energetic impulses.  Familiar related concepts include delayed gratification and reactivity.  Impulses can arise in a pleasure-seeking/ moving-towards direction, such as eating and sex, or in a pain-avoidance/moving-away direction, such as anger or withdrawal. If not regulated adequately, the free expression of impulses can have negative consequences.  For instance, eating is necessary for nutrition and comfort; overeating can be detrimental.  Anger and withdrawal have self-protective functions, but they can also create walls.

Think of the classic Walter Mischel studies in which 5 year-old children could eat one marshmallow, or wait a few minutes and get two.  The kids who were able to delay gratification went on to be more successful on a huge variety of measures from social adaptation, to SAT scores and academics, to lower susceptibility to addiction.  Interestingly, Mischel found that the skills to delay can be taught.

Tolerating Difficult Emotions
While there’s overlap between this and the last category, some impulse control strategies involve simply ignoring or bypassing emotions rather than tolerating them.  By tolerating difficult emotions I mean having awareness of the emotions, feeling them, but being able to sit with the internal discomfort rather than escaping it.  I believe that learning to tolerate difficult emotion is one of a handful of essential components of change in any psychotherapy. Arguably all defenses are attempts to avoid difficult internal feelings.  Partners drive each other to premature conclusions in an attempt to flee the anxiety of ambiguity.  Some people fill every moment with busy-ness in an effort to stave off feelings of loneliness, boredom, or anger.  Similarly, raging at your partner can be more comfortable and familiar than feeling more difficult feelings of sadness, loss, or the fear (for example) that intimacy is slipping away.

Sacrifice
Sacrifice could be subsumed under tolerating difficult emotions (feelings of loss), but it is a critical element to highlight.  Making a choice usually involves giving something up.  One way to avoid the pain of loss is to temporize (e.g., procrastination).  Or it can be hard to give up some of what we want in order for our partner to have more of what they want. But you can’t have your cake and eat it too.  On the other hand it is no better to sacrifice too much of oneself, and end up depleted and resentful.

Perspective: Decentering and Mindsight
These are the capacities to get outside of one’s own head, including  empathy and being able to fully grasp one’s impact on other people. Jean Piaget illuminated the early cognitive skill of imagining others’ separate and distinct perspectives (decentering).  In most neurotypicals this later develops  into varying degrees of “mindsight,” Dan Siegel’s term for discerning one’s own and another’s thoughts, feeling and desires.  Ellen Bader and Pete Pearson’s developmental couples’ model focuses on the low differentiation of distressed couples, leading to intolerance of differences and each partner’s assumption that the other should think/act/desire as they do.  Decentering and mindsight are part of a larger category of  “perspective,” or the capacity to look at yourself and the situation from an outside vantage point.  In mindfulness terms this relates to being able to separate yourself from your thoughts and not be consumed by your pain.  With a tip of the hat to Tim Elmore, I’ll mention openness and gratitude as special cases of perspective, and lovely markers of maturity at its best.  You really have to be able to dis-identify from your own pain to be open and grateful.  Note that openness and gratitude are the opposites of blaming and casting oneself as a victim.

Responsibility and Accountability
After customer-service calls these days, you may be asked if the representative “took ownership” of the problem.  Ownership means being able to make your partner’s problem your problem.  Accountability means being dependable and predictable. Unpredictability has it’s place, but that place is not at the moments your partner needs you.  Responsibility and accountability are overarching–virtually synonymous with maturity–and require a bridgework of the other elements in order to execute.  To be dependable you sometimes have to tolerate your own discomfort and convenience for the sake of being a secure base for your partner.  This category also includes acknowledging having fallen short, and making amends (again requiring pain tolerance, sacrifice, and self-awareness).

Throwing the Shoes
Back to the shoes.  I tripped in the dark and bumped my arm.  My pain (in this case physical, but with couples it is usually emotional) evoked self-protective anger, which channeled itself into blame.  And then I acted out my angry impulse by throwing the shoes at Nico’s door.  However, in the course of all that, I skipped over these uncomfortable experiences: taking responsibility for walking around in the dark; fear and sadness at my possible injury; and anxiety about confronting Nico directly for leaving his shoes out.

Next time I’ll turn on the lights.

Dr. Robert Solley is a licensed clinical psychologist specializing in neuropsychology and couples therapy in San Francisco. Earning his PhD from the California School of Professional Psychology in Berkeley, Dr. Solley has been licensed for nearly 20 years. He has trained and worked in such diverse settings as Children’s Hospital in Oakland, California-Pacific Medical Center in San Francisco, and is a Staff Therapist with the Couples Institute in Menlo Park. Dr. Solley has taught doctoral students as an adjunct faculty member at CSPP and at the Wright Institute. Dr. Solley presents widely around the San Francisco Bay Area on these and other topics. You can reach him for sessions or therapist consultation at 415-550-8725 or his website www.solutions4couples.com.